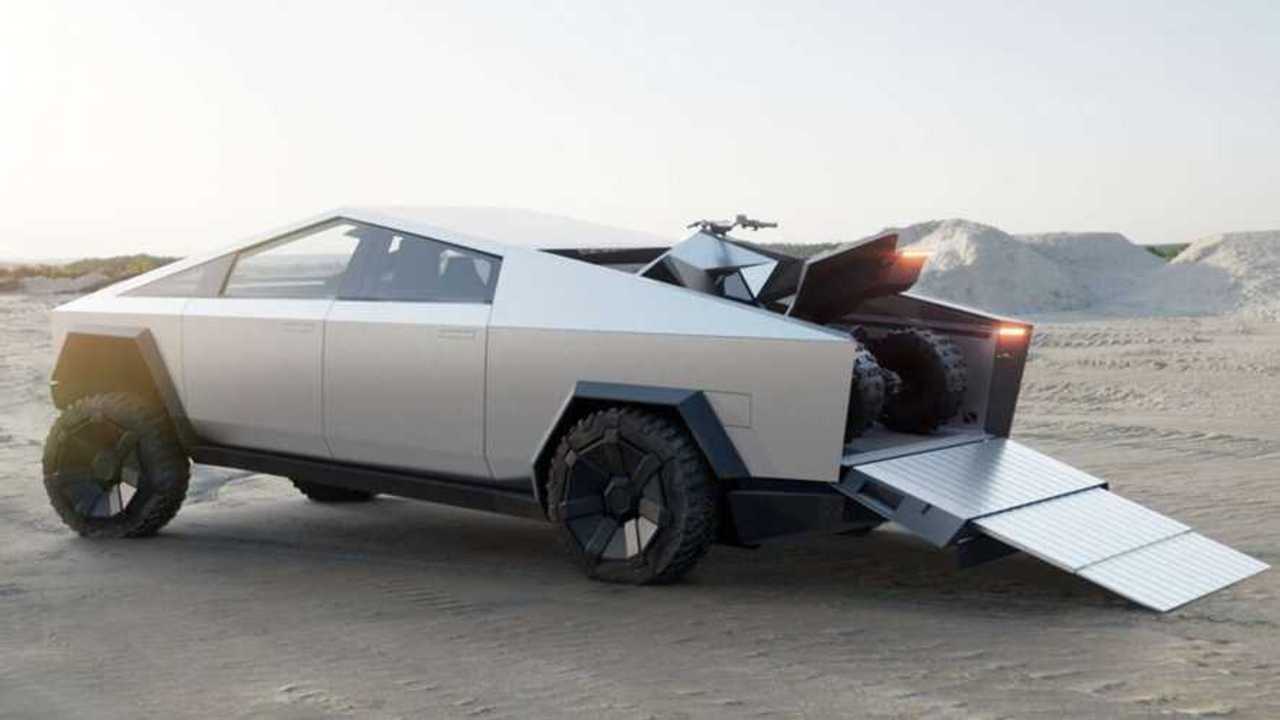 Unless you’ve been living in a cave (which is not entirely impossible) you’ve probably heard of Elon Musk’s latest “achievement”: the Cybertruck, or what happens when designers get a collective brain fart trying to design an electric pickup truck. Tesla unveiled the truck on November 21 and as part of the demo, the company also showed an ATV, dubbed the Cyberquad.

The quad was unveiled as a sidekick for the Cybertruck and was mainly used to demonstrate the vehicle’s loading capability and adjustable suspension. While the company didn’t reveal any numbers for the electric ATV, Musk confirmed that the Cyberquad would first be an available option once the Cybertruck officially launches. Eventually. When it’ll look like a production-vehicle rather than an expensive door wedge.

“First” be available as an option—this could mean that the company could plan to produce and commercialize the ATV on its own, right? I’m not the only one to read between the lines here?

Now, why am I writing about something with four wheels when our whole mission is to cover stuff that only has two? Because the RideApart team and I can’t be the only ones to think that the Cyberquad is dangerously close to the Tesla motorcycle Musk said he’d never make. You’re right, it isn’t a motorcycle but it sure looks like a step in that direction. Cut the number of wheels in half and we’re getting places.

The ATV was created because the company believes that potential buyers of the Cybertruck will want to haul recreational vehicles with it. I mean, it makes sense—a lot of pickup owners use their trucks to carry secondary (often non-road-legal) vehicles. So why not grab the bull by the horns and design an electric vehicle that's fully integrated with the Cybertruck?

Answer this though: if the company thinks that pickup owners want an all-terrain vehicle to go with their truck, what’s to say some won’t also want a two-wheel option? An increasing number of people are taking the electric turn with their motorcycles, including trail aficionados. Think of all the electric enduros popping up on the market (think of Zero, late Alta, Husqvarna, KTM, Sur-Ron, etc.) Considering Tesla is developing the technology for a quad anyway, adapting it to a two-wheel layout isn’t that big of a stretch (much less than a jump from car to bike).

At this point, for Musk, it would be an interior debate between pleasing his customers and sticking to his values. He promised Tesla would never enter the electric motorcycle arena because of his near-death experience on a dirtbike as a kid. He obviously didn’t pick himself up and dust himself off after that.

So yeah, the project of a Tesla motorcycle might remain in the dumps for now but with the concept of outfitting an electric pickup truck with toys, we wouldn’t be surprised to see customers put the idea back on the table. If I had the ability (and let’s be real for a second, the budget) to buy an electric pick-up truck with its own, fully integrated electric dirtbike, I totally would. Would you want a Tesla motorcycle after all?