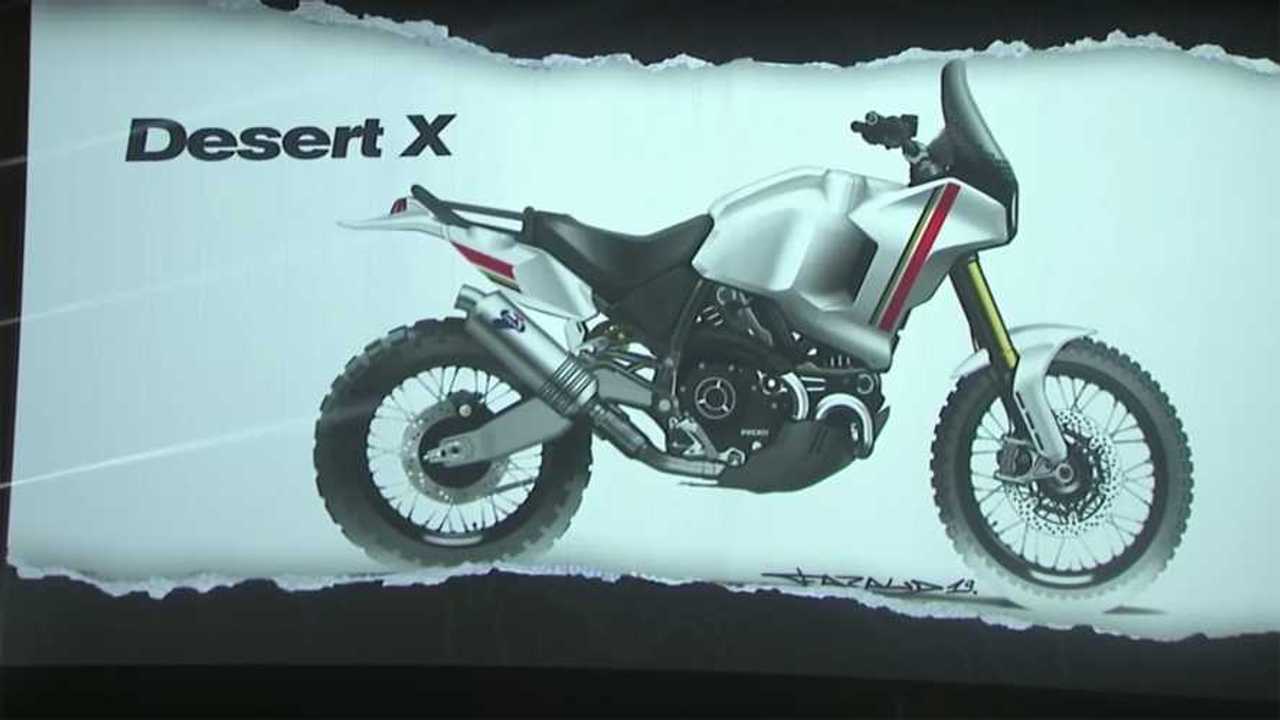 On October 23, Ducati hosted its big 2020 lineup announcement. On the stage, it showed such exciting new models as the highly anticipated Streetfighter V4, the Panigale V2, and a new Multistrada 1260 Grand Tour. After unveiling the sixth addition to the Scrambler lineup, the Icon Dark, Ducati CEO Claudio Domenicali discussed a few concept designs: the Motard and Desert X based on the Scrambler. The best news? Domenicali says the concepts are coming to EICMA in the metal.

So what do we have here? The first concept Domenicali discusses is a Scrambler-based Motard (insert joke about how many Scrambler versions there are). I’m getting some flat track racer vibes from that design—more so than from the Full Throttle.

Domenicali explains that this first concept is based on the Scrambler 800, so will use the same 803cc as the rest of the family. Should it head for production, chances are it will be a package in the same line as the Desert Sled or the Café with a few suspension tweaks, a model-specific exhaust, and a look to match.

The second concept presented is, in my opinion, the most exciting one (because I have an unrestricted love for all things ADV). The Desert X concept is based on the Scrambler 1100 and pays homage to the Cagiva Elefant that won the Paris-Dakar rally in 1990 and 1994. The Cagiva used Ducati's 904cc L-twin engine at the time.

A model based on the Scrambler would offer a smaller, more versatile alternative to the big Multistrada and bring back a bit more adventure to the lineup. The Multi is a very capable bike and far from being the heaviest in its segment but is the victim of the same supersizing trend as the others. There definitely is room for a smaller Desert X-like model.

As is the case for a lot of new models coming for 2020, see you at EICMA to learn more about the two new (and admittedly exciting) Ducati concepts.