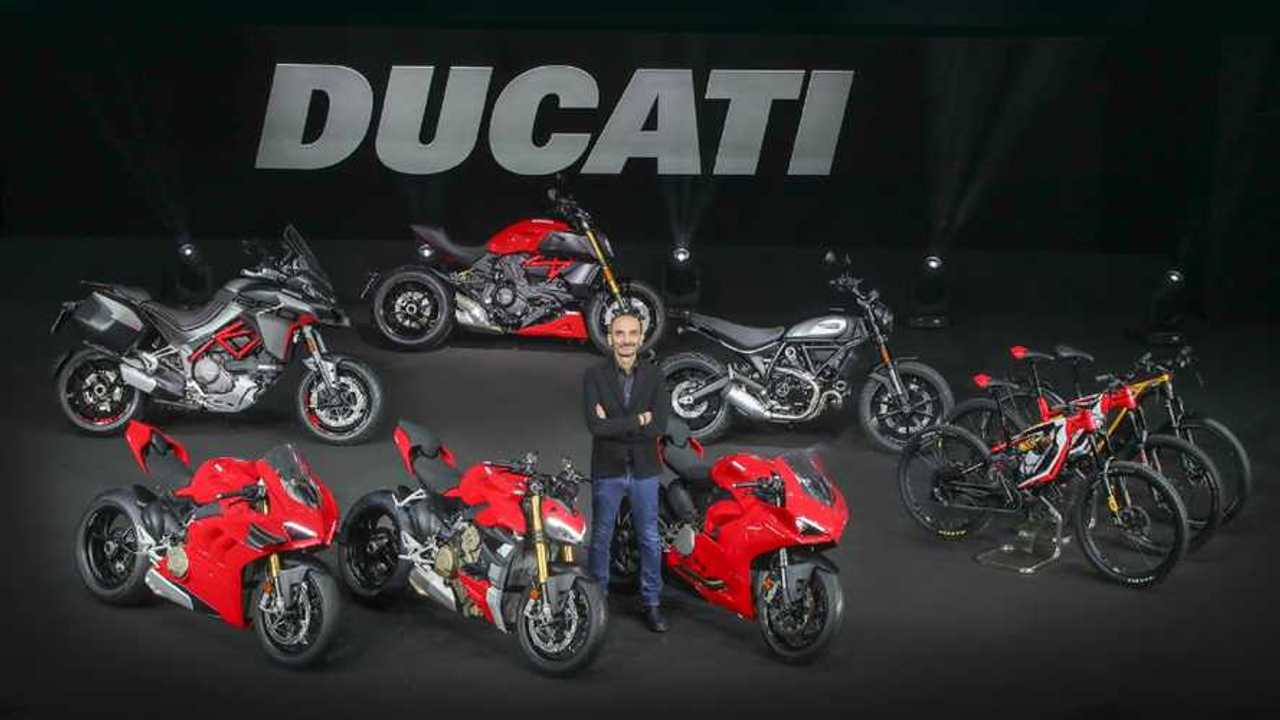 Ducati jumped out ahead of EICMA and unveiled its 2020 lineup at the Milano-Rho Trade Fair Centre in Rimini, Italy and it’s the Streetfighter V4 which has us salivating. The naked bike is powered by the 1,103cc Desmosedici Stradale engine and it’s prodigious 208 horsepower and 91 pound-feet of torque.

Helping make the 392 lb bike manageable for mere humans is Ducati’s advanced electronics package, the same one fitted to the Panigale V4. Accelerometers measure six-axis of movement to help control brakes, wheel spin and wheelies. The bike has the same basic chassis as the Panigale too, but with higher and wider bars, reduced fairing and a softer seat.

Not entirely naked, the reduced fairing still includes Ducati’s biplane (two wing) aerofoils. The marque claims those help keep the bike on the deck by producing around 60 pounds of downforce at just under 170 mph. Given that 170 mph is not a common speed on public roads most riders of the Streetfighter won’t get anything but aesthetic effect from the wings. My bet is that most buyers are more than happy with the visual impact alone.

Speaking of visual impact, the Streetfighter has an unbelievably sexy single-sided swingarm: Because, Ducati.

That all-new Panigale V2 also has that single-sided swingarm, and a 155 hp/90 lb-ft Superquadro engine displacing 995 cc. New electronics and suspension are once again focused on making the V2 easier to ride than its predecessor, and the fairings have been reworked to accentuate the smaller Panigale’s compact form.

Ducati’s flagship Panigale V4 now gets the V4 R’s aero pack including a revised screen, nose fairing, and aerofoils as standard. A stonking great 214 hp and 92 lb-ft of torque are available from the 90-degree V4 with counter-rotating crankshaft and twin-pulse firing order. What does all that mean? Basically, awesome noises and bulk speed.

Rounding out the motorcycle launch was the new Icon Dark 800cc Scrambler, a small comfort upgrade to the Multistrada 1260 S Grand Tour and two new color updates for the Diavel 1260.

You can expect more eye candy from the Italian icon when EICMA kicks off on November fifth.