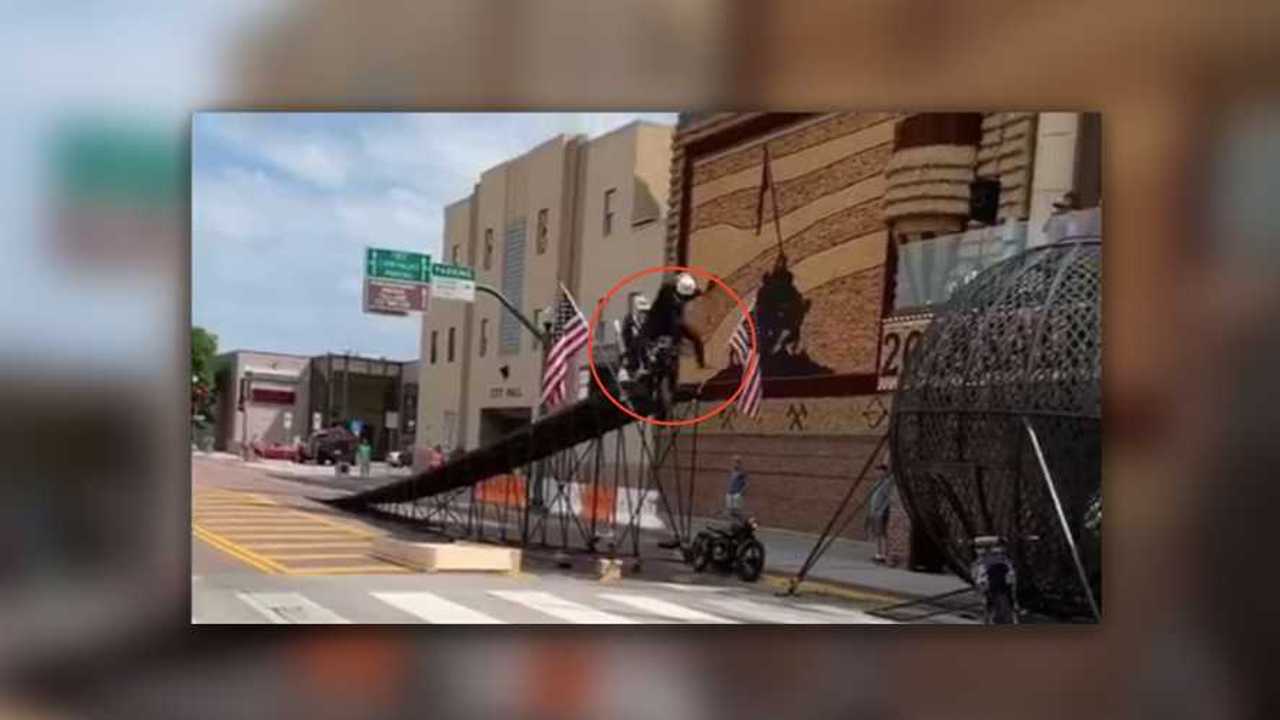 The celebrations surrounding the 79th edition of the Sturgis Motorcycle Rally kickstarted on Friday August 2. The opening ceremony took place in the late afternoon and featured a motorcycle stunt by daredevil Cole Freeman. Freeman attempted (and ultimately completed) the ramp jump set up on the town’s Main Street in the saddle of his specially prepared Harley. While the main event was a success, the rehearsal didn’t go as smoothly.

Take Me Out To The Bike Rally:

Cole Freeman knows a thing or two or three about motorcycle jumps. He is best known for jumping his 1,000-lb Harley-Davidson Road Glide on a distance of 99.10 feet at a 2018 pre-Sturgis event. This year, Freeman was a headliner at the event’s opening ceremony.

On Thursday, he got to do some practices runs ahead of the official event. One of his ride up the ramp didn’t go as expected. In a video he shared on his social media platforms, Freeman can be seen riding up the ramp… and folding over the edge, taking an eight-foot drop with his bike.

He explained on his social media that he shifted into second but hit a false neutral instead which ultimately caused him to brake and drop over the edge of the ramp. Freeman fell first and the bike followed in a resounding noise of cracking plastic—at first it even looks like the bike fell on him, sending his team rushing to his side. Thankfully, Freeman was seemingly unharmed if only shaken by the fall and can be seen getting up and walking around.

He was back in the saddle for the official jump on Friday, which he completed like a walk in the park. We rarely get a peek behind the scenes while those daredevils get their practice in and make their mistakes—some more dangerous than others. We’re glad Freeman got up, dusted himself up, and got back in the saddle.