How long would you be willing to spend on your motorcycle without touching the ground purely for entertainment purposes? Personally, I don’t think I’d last very long, but it’s still a fun thing to try and challenge yourself with right? Or not—it might also make you hate yourself. That’s the reality French rider, reviewer, adventurer, and YouTuber Laurent Cochet faced when he decided to spend 96 hours on his Versys without putting his feet on the ground. 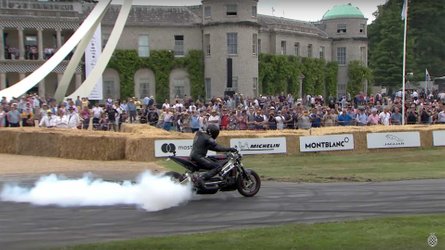 Watch This 542-Hp Turbine Motorcycle Hit The Track At Goodwood
⠀ 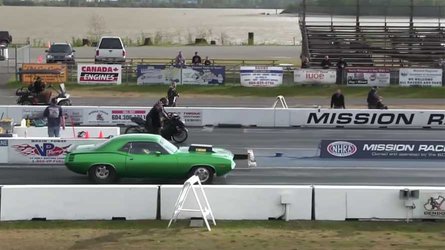 The two-part series follows Cochet on his "off the ground" adventure across France. He leaves Paris and sets out for the French Alps with the intention of not setting foot on the ground fo a total of 96 hours. This means fueling the bike without being able to put a foot on the ground to kick the side stand out, no stepping off to eat, no walking around to stretch, and balancing through traffic—thank god for lane filtering. His only time “off the saddle” is to sleep on picnic tables—still technically not stepping on the ground. His weapon of choice for this (silly) adventure: a shiny new and fully loaded Kawasaki Versys 1000.

His inspiration for the challenge is the famous Iron Butt Rally, a 1,000-mile journey across the United States that must be completed in 24 hours. He pokes fun at Americans who have to take that long to travel the distance—something he successfully pulls off with a few hours of sleep. Don’t worry, he also makes ample fun of himself over his dumb idea.

The coolest bit of this entire road trip is how people following his progress on social media offer to help by hosting him and bringing him food. Not all people are bad after all. The first video ends with Cochet pulling up to his second picnic table lodging of the trip after riding on small and dark mountain roads at night. I am impatiently awaiting the second part to see whether he pulls it off and whether he answers the question we're probably all asking ourselves: how the heck does he… relieve himself?