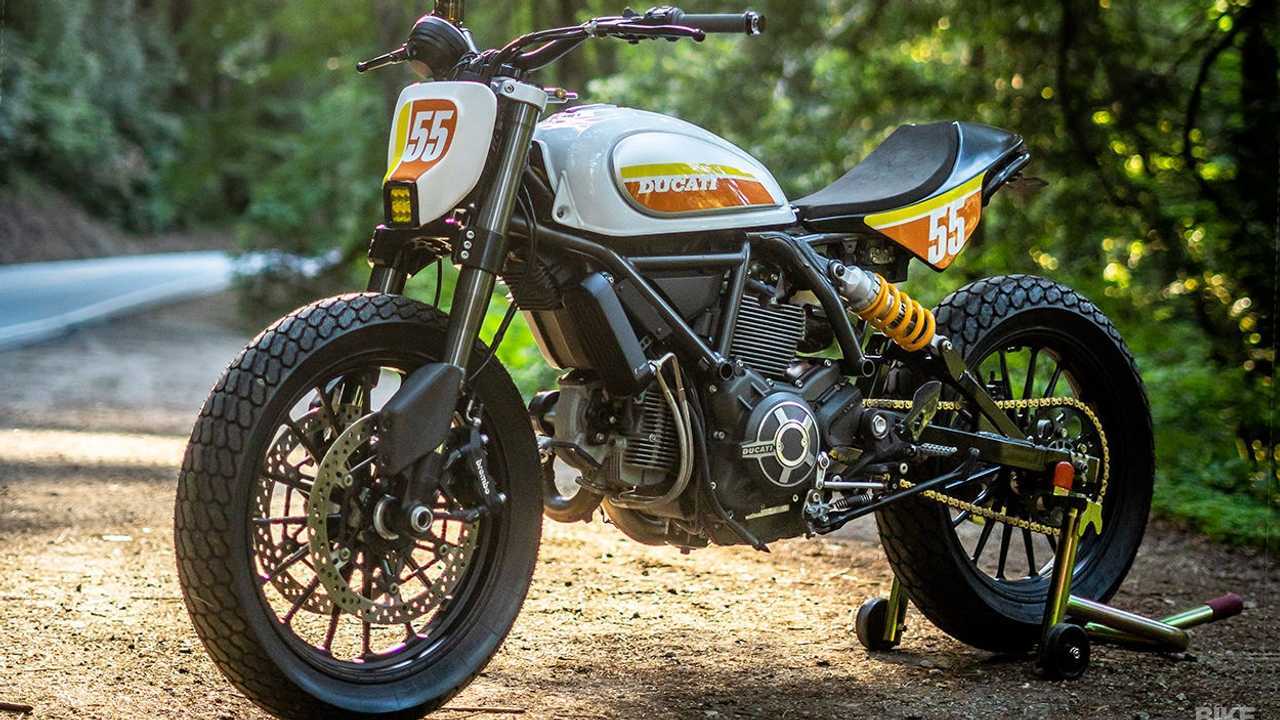 It's pretty, and subtle.

When the Quail Motorcycle Gathering announced its winner for the Spirit of the Scrambler class, I had to admit that, apparently like a lot of other people, I didn’t really see how customized the bike was until I looked very closely at the photos.

Then, the more I looked, the more I saw. I was disappointed that the press release was so thin on details of the bike: the forks and swingarm weren’t original, but where did they come from? That exhaust? That paint job? There’s so much!

Now, thanks to BikeEXIF (have I mentioned how much I love BikeEXIF) not only do we have all the details straight from the horse’s mouth, but we have their famously fantastic photography, too.

I had guessed correctly that the bike’s owner worked with Zero Motorcycles. The best guys to have on your team when you’re building motorcycles are the ones who are thorough, dyed-in-the-wool two-wheel enthusiasts, and Tom Zipprian is one of those enthusiasts (as well as a mechanical engineer). He did so much work to this bike, and the best part (and why it won, I’d wager) is that it is all extremely skillfully done and also super subtle. His project brief, as reported to BikeEXIF, was “What if Bologna made a factory Super Hooligan racer?”

Zipprian’s answer to that question won him the inaugural “Spirit of the Scrambler” award.

The stock gas tank on the bike has a fresh new coat of paint, and that is probably the least effort put into any part. The tank sides are freshly decaled. The forks on this Scrambler came off a Ducati Panigale and they’re held on with a set of custom-machined triple clamps. That whole business has an Öhlins steering damper. The brake discs are also Panigale, and they’re gracing a couple of Roland Sands Traction wheels. The swingarm was originally for a 900SS, the rear is sprung by Öhlins.

The tail of the bike is completely custom, and it apparently took Zipprian four tries to get right. This is a testament to either his patience, or his mild lunacy; I cannot imagine re-creating the same part four times, and after the second attempt I’d probably be looking toward the aftermarket for a solution. Not this guy: he worked on that tail section for 200 hours to get it right. Astounding.

The clean look of the front end of the bike is helped by its Motogadget bar-end turn signals (but where are its mirrors?). The bike’s exhaust is a total custom job. According to Zipprian’s earlier comments to RideApart, he had several made since there was so much interest. Now, with all the attention this bike is getting, he’s put his custom parts into actual production! Go see his minty-fresh web page for your own Scrambler accessories. Maybe you can talk him into reproducing those triple-trees for you, so that you can bolt Panigale forks to your Scrambler, too. Head to the BikeEXIF page to see more pictures, too.