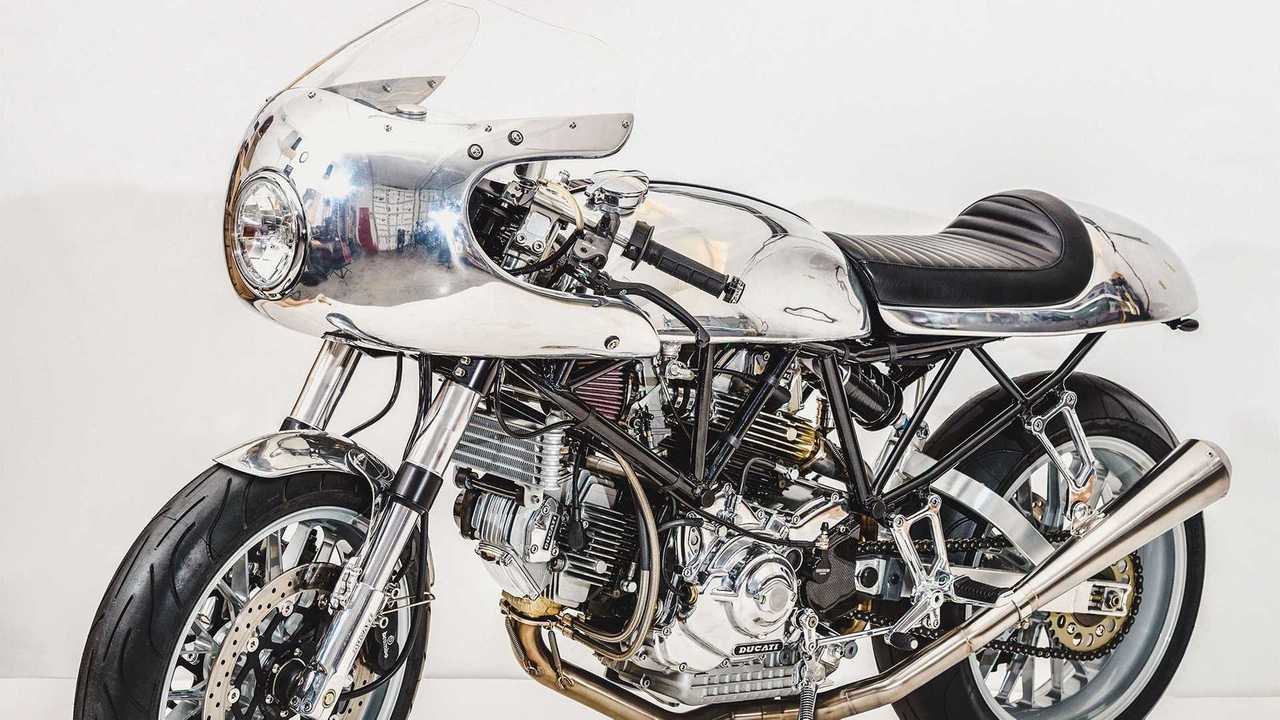 The Ducati 900 Supersport was introduced in 1991 to an admiring market: a fully-faired air/oil cooled 900cc Desmo twin that weighed in well under 500lb? With, you know, those noises Ducatis make? Oh yes. This bike was Hunter S. Thompson’s famed “Song of the Sausage Creature” bike, one of the greatest motorcycle reviews ever written for, some would say, one of the greatest motorcycles ever built.

These days that era of Duc is still lauded as being one of the best. It’s less complicated than their technologically-advanced current offerings, with throttle-by-wire, ride modes, and launch control. Those looking for a purer Italian motorcycle experience will find it in one of these used bikes.

This is probably why they are so popular in the custom world.

This particular machine is pretty amazing. From the California garage of Stephen Brisken, a retiree who claims he “has a lot of time to waste” (I wouldn’t call that “wasting” it, Steve), comes this gorgeous machine that started life as a 1997 900 Supersport. After a frame-up restoration and customization, it is, as you see now, bathed in polished aluminum and looking very, very nice.

Though so many custom builders name their motorcycles wry, cute things, Brisken simply calls this one “The 900.” That’s what it was originally christened, and so I guess it is good enough for the builder himself.

He purchased it used from a Craigslist ad and was amazed to find it exactly as described (seriously, that never happens). He stripped it down to motor, running gear and frame. He had a local metal worker create the fairing, tank, fender and rear seat cowl, and sent the engine off to a garage in Bend, OR for a bore-out and thorough hot-rodding.

Stephen says “Once the engine was back in the frame, assembly began. An enlarged exhaust and flat slide carbs were mounted on to short manifolds. Almost all of the components were upgraded from stock including the hand controls, triple clamps, wheels, suspension, electrical and ignition system, lighting.” If a 900 SS can be better, this one is.

Familiar to anyone who has taken on this kind of a task, he continues:  “The most difficult part of the build was organizing the various outsourced tasks and components to keep the project from stalling. Waiting for parts or outside processes to be completed and delivered would stop progress for weeks at times. I tried to keep a balance between urging shops to make it happen and letting them work without interference. During the wait, I sourced obscure parts and polished everything stainless or aluminum.”