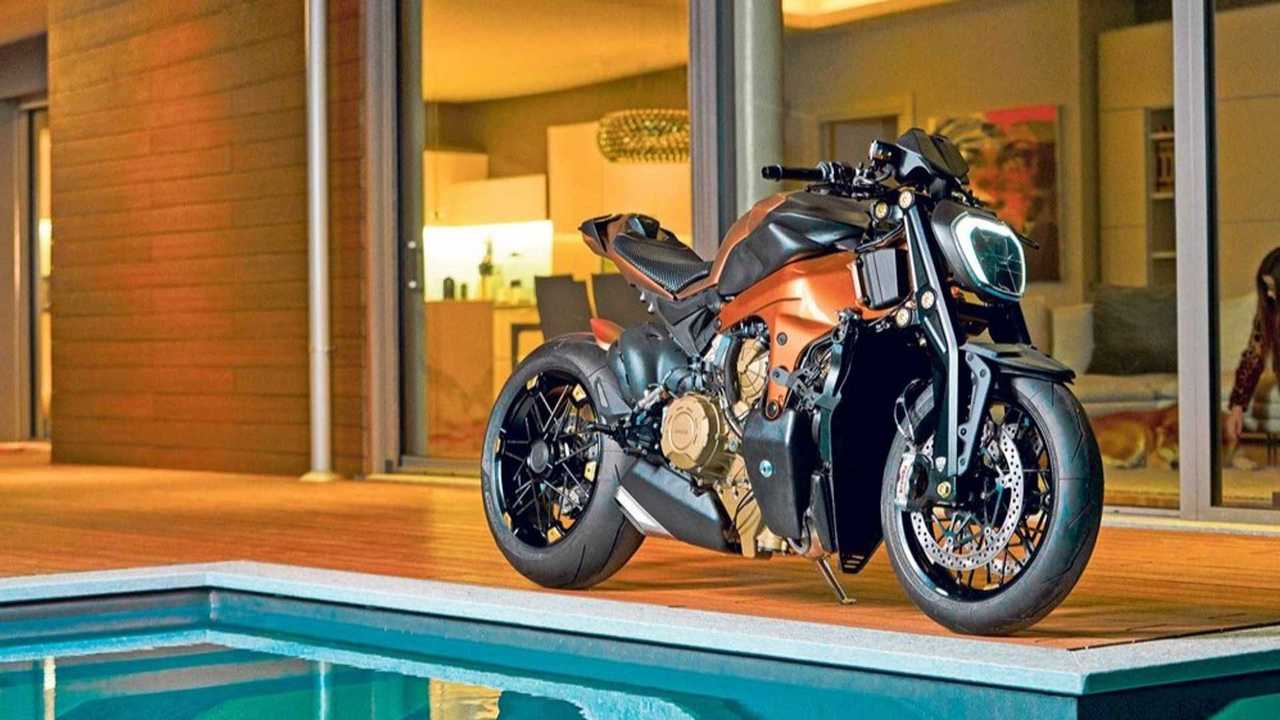 Ducati sure is keeping busy.

Being PR at Ducati must be one heck of a job, especially with enthusiastic CEO Claudio Domenicali who tends to be candid and easy to read in his interviews, sometimes a little too much. One of his latest interviews points to two new Ducatis that could potentially be in the works.

A few months ago, during the Motostudent event at the Aragon, Spain racetrack, Claudio Domenicali confirmed that an electric model was coming for the famous Italian motorcycle brand, commenting that production was near.

Now, chatting about the new 2019 Diavel 1260 S with one of the reporters of the Swiss site Acid Moto, Claudio Domenicali also touched on future plans the company may or may not have—including a naked sportbike powered by the brand’s new V4.

While he refused to confirm whether a mid-range model was in the works, Domenicali did give us a bit to work with regarding any future uses of the V4. When asked about the possibility of a streetfighter-style model using the V4 engine, the CEO replied with another question: “Do you think Ducati should produce such a bike?” The answer to his question was obviously yes, which led Domenicali to conclude “It will therefore be there as soon as possible!” What’s “soon”? Possibly sooner than we think.

Already back in February, we documented a limited edition custom created by Officine GP Design and based on a stripped down Panigale V4. While not the work of Ducati, the indecently sexy design prompted us to suggest that the naked silhouette could eventually find its place within the official lineup as a Pani-based streetfighter.

Considering Domenicali has already confirmed that they would soon find other applications for the V4, this isn’t a difficult equation to solve. As Ducati’s CEO explained to Acid Moto, after all, producing the V4 is very expensive and much more complex than a twin-cylinder unit. With that in mind, considering all the time and work put into developing the unique engine, it would feel like a bit of a waste not put the engine design to good use.

During the same interview, the reporter also questioned the CEO about the absence of a scooter in the lineup despite the segment being one of the most popular in Europe. Domenicali’s answer, apparently with a smile as wide as a banana: “That’s top secret!”