Eddie Fisher: Still Fast After All These Years

Some say that motorcycle racing is a young person's game, and they're mostly right. Those of us riders of a certain age know that as the years go by we get a bit slower and a bit creakier. Some racers, though, don't let a little thing like anno domini stand in the way of a good track day or thrash through the countryside. One such a racer is the legendary Ed Fisher who, at 94 years young, is still out there on the road and on the track teaching younger, lesser riders what life is all about.

Age Ain't Nothin' But A Number 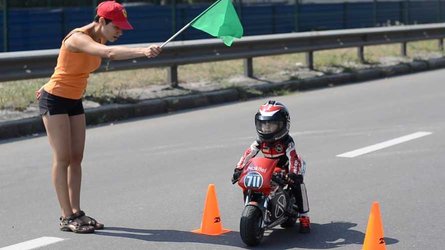 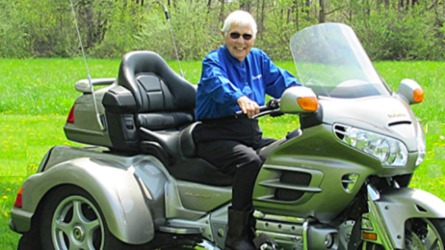 Edwin Fisher, Fast Eddie to his friends and competitors, was born in 1925 in the middle of nowhere Pennsylvania. He bought his first bike, a 1941 Indian Scout Pony, at 16 for a whopping $95 Yankee Dollars and he was hooked. After a stint in the US Army during WWII as a mechanic, he returned to his native PA, bought an Indian Chief, and, in 1950, opened up a little country gas station. Along with running the gas station and tearing around the Eastern PA countryside on motorcycles, Fisher worked as a mechanic at an Indian dealership in Lancaster, PA.

Pretty soon he was racing in local amateur races and beating the pants off all comers. In 1949, while attending the Indian Service School, he was offered the opportunity to race at Laconia Raceway with the Indian factory team and jumped at the chance. He raced for Indian until the company went belly up in the early-50s, whereupon he partnered with the Brits and became a Triumph factory racer. He even opened a Triumph dealership in his hometown in 1952.

Fast Eddie and family at the '53 Laconia 100-mile.
Eddie and one of his racing Triumphs.

Fast Eddie raced professionally throughout the 50s. In 1953 he even won the hotly-contested 1953 Laconia 100-mile National Championship Road Race. He retired from professional racing in 1957 as family and business responsibilities mounted, but he never stopped racing. Over the next six decades, winning countless AMA road and dirt track races. Fisher sold his dealership in 1998 and retired to the Pennsylvania mountains to tend his fleet of classic bikes, ride in the countryside, and generally be a rad old elder statesman of motorcycling.

This is, necessarily, a very abbreviated bio of one of the titans of AMA road racing. You can't stuff a life like Fast Eddie's into 400-ish words, after all. If you'd like to know more (and trust me, you want to know more) check out his racer page at the AMA's Motorcycle Hall of Fame Website.