Parents, find your child’s natural talent and do what you can to encourage it. This is how we get incredible experts in fields like, say, motorcycle racing. 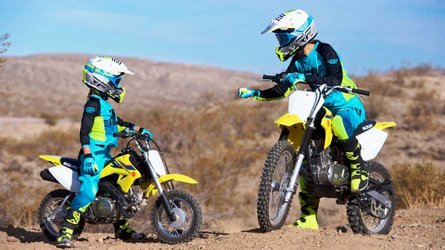 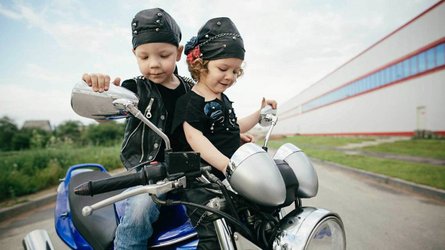 This four year old (yes, he’s FOUR) in the Ukraine who has been riding since he was just over the age of two. The video of this kid is literally unbelievable. He’s barely big enough to ride the smallest production dirt bike available, so in many cases he’s riding around on a racing pocket bike. Remember those? They were pull-start like a lawnmower.

Apparently one of his bikes really does go 45 mph, which is plenty fast enough to get into trouble. The fun part there is that he’s so tiny, falling over is no big deal. He doesn’t have far to fall, so he can just fall over and get right back up again, provided he can pick the bike up, and reach the ground to remount.

Note that from one of his starts on a tiny dirt bike, he launches off an old tire, because he cannot touch the ground on either side of the bike. One of his parents has to put him on the bike because he can’t hop on it himself.

Imagine tackling this sort of thing as an adult: riding a bike on which you have no hope of touching down. Now, this kid is definitely not riding on the road, so won’t have to put his foot down at, say, a stoplight. But he still can’t even slow down enough that he might need to dab a foot, because that isn’t even an option.

His race leathers must have been custom made, as anyone who has ever tried to buy real motorcycle gear for kids knows, it’s just not available. You can get dirt biking gear for little kids, but street riding gear is nearly impossible. That said, racing leathers for a four year old? Unspeakably adorable.