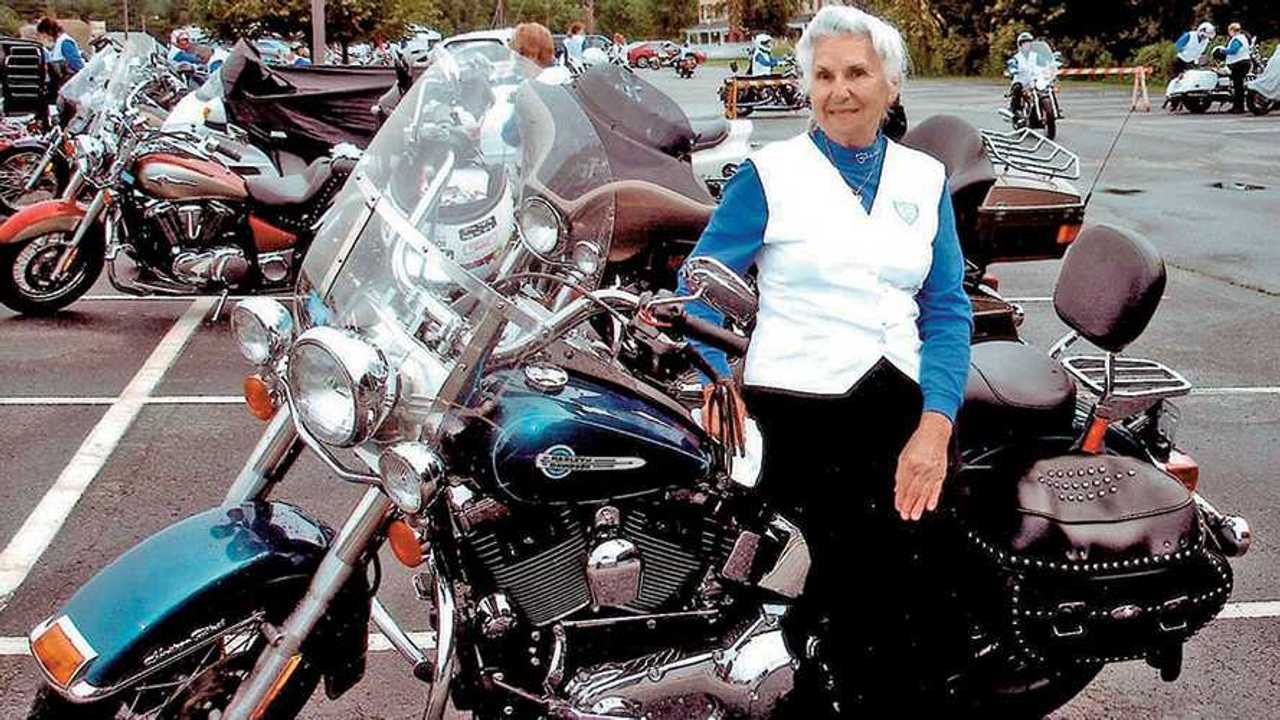 This woman is my hero.

If you’re a fan of documentary movies about motorcycles, you’ve probably seen an interview with Gloria Struck. She is currently 93 years old (94 in July), and has been riding motorcycles since she was 16 years old, in 1941. She is still riding motorcycles with no plans to give it up.

THE LADIES ARE DOING IT

I have personally been riding motorcycles since the late 90s, and even then (heck, even now!) people express their disbelief when they see me, a woman, riding a motorcycle “all by myself.” I was not alive in 1941 but I can imagine that the reaction of the general public to Gloria riding her own motorcycle⁠—even with other people⁠—was orders of magnitude more extreme than today. I grew up in a household where “girls don’t ride motorcycles,” though that was starting to change. When Gloria was young, the entirety of US society believed that “girls don’t ride motorcycles.”

She travels around even today, to speak to women motorcyclists at events, and to promote the book she just wrote: Gloria – A Lifetime Motorcyclist: 75 Years on Two Wheels and Still Riding (available on Amazon here). She was a (very) early member of the Motor Maids, an all-women motorcycle riding club that has been around since its establishment in 1940. Everyone refers to her as a "legend." She lives in New Jersey and has made annual trips to the Sturgis motorcycle rally in South Dakota, and the Daytona rally in Florida. She was inducted into the AMA Motorcycle Hall of Fame in 2016, and was named to the Sturgis Hall of Fame in 2011.

She does not trailer her motorcycle but rides absolutely everywhere. She estimates a lifetime mileage somewhere around 650,000 miles over her 75 year career on eleven different Harley-Davidsons and three Indian motorcycles.

Apparently her next goal, when she reaches 100 years old, is to do a cross-country ride. She’s planning to attend, and speak at, the Mid-Atlantic Womens Motorcycle Rally in Front Royal, Virgina in June of 2019. If you’d like to meet this woman, talk to her about her life’s story and have her sign your copy of her book, here’s your opportunity!