Television series captures the spirit of why we all take to two.

It’s International Women’s Day again this year and that is always a cause to celebrate! Women are the largest growing motorcycle riding and buying demographic—15 percent and counting. That’s been written about a lot, and it’s great, because women aren’t just taking to two, they are finding their footing through the sport and making a difference in their communities. 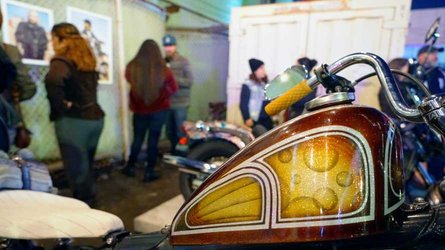 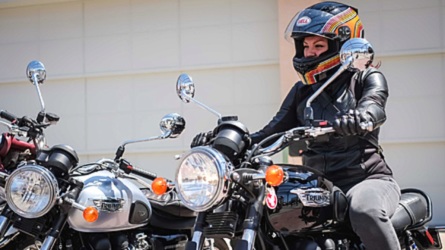 La Motocyclette at The Geffen Contemporary: A Women Who Ride Profile

It’s exactly that pioneering spirit, and new-found freedom that is captured in: Filles de moto (Women Who Ride), a television show made by women riders, about women riders.

Originating in the province of Quebec, the first season of Filles was dedicated to themes all riders can relate to, as seen through the eyes of a diverse group of French Canadian women. It’s all in French and now part of the regular line-up on a television network in France, but you don’t need to know what the women are sharing in order to understand what they mean. Plus, they do most of the exploring on their bikes, and what’s not to like about sweeping shots of the great outdoors from the perspective of passionate riders?

Catherine David is a woman who, before even having her licence, in the dead cold of a French-Canadian winter, deep in debt, bought her first bike, a turquoise Harley-Davidson Sportster 1200, because her intuition told her to.

“I trusted in the principal that the universe objects so wholly to a void that if I created a $ 10,000 hole in that void, the universe would come to my rescue. And that's exactly what happened.” That same month she was awarded the largest contract she had ever received—enough to cover the cost of the bike.

This is the spirit that inspires every episode of Filles de moto—women motorcyclists who follow their hearts and aren’t afraid to push their limits. They find strength, as did Ms. David, from powering through the kind of vulnerability we have all felt at one time or another, faced with the perils that come hand-in-hand with the pleasures.

Check out the entire series here.