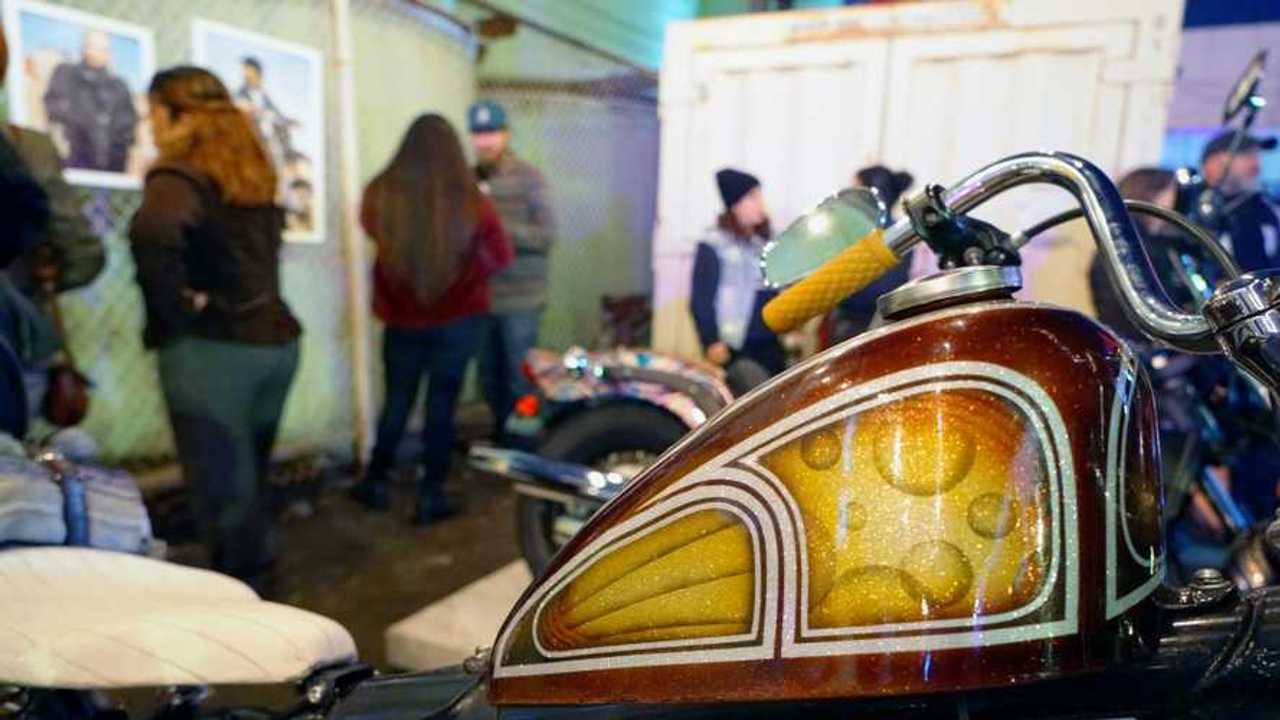 ... and also those who wrench, build, paint, make art, and more.

They say more then half the planet is female, and recent statistics show that about 20 percent of motorcycle riders in this country are women; you may not have realized, but nearly half of the regular staff bringing you RideApart are women. For the fourth year, Motolady Alicia Elfving has brought together much of the Los Angeles motorcycle community for a show to celebrate all the ladies. Last year the show had gotten so big that Lucky Wheels Garage could not contain it, and the police ended up shutting it down (there was a misunderstanding and LAPD though there was some sort of street racing going on), so this year it expanded into the parking lot next door.

The Friday before the show (and Saturday morning) was rainy, which is rare in L.A., and often causes everyone to freak out and not leave the house. And though it appeared that there were a few less show bikes than last year, there were still plenty of people, music, food, fun, and bike related good times. Raffle prizes were provided by Craftman Tools, Bell Helmets, Stella Motorcycle Clothes, Haynes/Clymer Manuals, Gerber, Dickies, and more.

Headlining the musical portion were Wargirl, featuring a bassist who not only rides, but is like a real life Buckaroo Banzai (though not a brain surgeon). The ladies from the Real Deal Workshop were there as well, demonstrating how easy it you could learn welding, pin striping, or blacksmithing. Besides the actual bikes, there was also an exhibit of motorcycle related art, including some prints from occasional RideApart contributor Jessie Gentry. There was BBQ, and of course a bar, plus coffee drinks via the Lucky Wheel Coffee shop.

Lucky Wheels Garage ($100 a month or $35 for a day pass) welcomes bikers who ride or wrench on anything, and so does the Women's Motorcycle Show. Last year there were quite a few cafe racers, but it appears that trend may have hit its peak and started to subside. This year the standout bikes were traditional choppers, with amazingly complex candy paint jobs on them.