Why We Ride Movie Review — Watch It Here 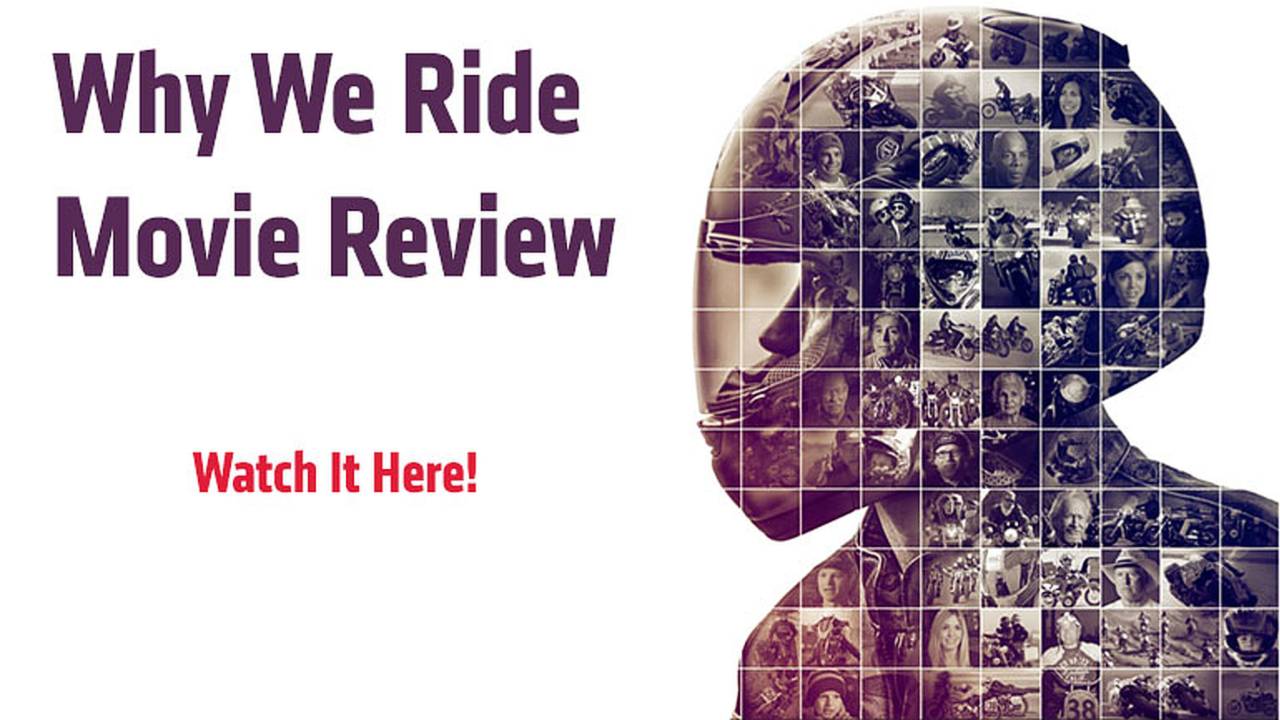 The story of motorcycling, told by its key figures. And now you can watch it online! Find out what it's like in this why we ride movie review.

Why We Ride tells the story of the motorcycle and the motorcyclist. It’s full of passion and made with an obvious love for the sport. Want to watch it? You can do so right here. Can’t decide? Read this Why We Ride Movie Review to find out what it’s like.

Why We Ride tells The Story. You know the one. It started with board tracks, moved onto the beaches at Daytona, eventually got on a banking and found popularity with soldiers returning from WWII.

The Story is told with archival footage and narrated by a who’s who of American motorcycling — Jason DiSalvo, Arlen Ness, Don Emde et al. There’s also some guy in a matching flower-skull shirt/bandana number, we weren’t sure who he was, but admired his commitment to the pirate lifestyle.

It’s a tale you, as a motorcycle enthusiast, have seen retold a thousand times, but never before with this level of slick editing or with such a moving soundtrack. And, unlike previous retellings, Why We Ride incorporates a powerful call-to-action to ensure motorcycling’s future, compelling viewers to get their kids started on small dirt bikes.

Nor does it adhere to only one discipline. We here riders ranging from the aforementioned pirates to dirt bike racers to Daytona 200 legends to fathers, daughters, uncles and grandmothers explain how their own particular interpretation of motorcycling has improved their lives.

Now, maybe I’m just a jaded motorcycle journalist, but about 10 minutes into the whole thing, I couldn’t help but wonder what the point was. A movie made by motorcyclists for motorcyclists about motorcyclists is…to put it nicely, preaching to the choir. I get it, you get it, that’s why we put up with getting wet and cold and injured to do it. Sure, as an affirmation of our belief system, it’s worth a watch, but you can’t shake the feeling there’s a sell here. The entire movie feels like it’s trying to convince you to take up motorcycle riding, but the trouble is, if you’re watching it, you already have.

That problem is compounded by the film’s discoverability. It’s not in theaters, it’s not promoted outside of the motorcycle world. It is now available streaming, which is a step in the right direction. But, it’s $5 to watch it on Amazon Instant Video

(even with Prime), which is what I did or $13 on iTunes. Not to begrudge the film’s makers their chance to make a buck, but propaganda works best when it’s free. Even better when it’s shoved down the viewer’s throat. Why We Ride misses both tricks.

Where does that leave us? Well, the film’s general wholesomeness will work great for those of us who have a hard time explaining our lifestyle to our families. A great coming out of the motorcycle closet starter kit, if you will. It’ll likely entertain you, the already converted and it may even help you brush up on your two-wheeled history or at least give you the ability to recognize Keith Code the next time you’re at Willow Springs.

But, if you want to sell motorcycling to a wide audience in video form, freely available, widely viewed, general interest projects that seek to showcase the unique lifestyle available on two wheels are available elsewhere. Jamie Robinson and MotoGeo are doing more to make motorcycles relevant to a new audience than Why We Ride ever will.