Most Powerful Vespa Ever Hits The Market

That's Mister Vespa for you.

Owning a Vespa has never really been about performance. There’s a fascinating history behind the name and an undeniable retro appeal to the tiny Italian scooter. It’s all about the dolce vita rather than life in the fast lane. This doesn’t mean that a Vespa can’t be (a little) exciting! That’s exactly what the brand is going for with the introduction of its most powerful Vespa yet, the GTS 300 with the all-new HPE. 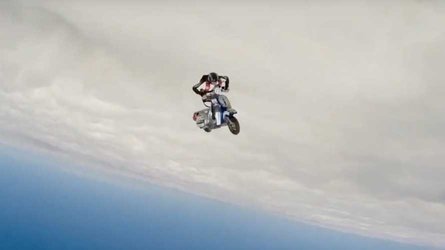 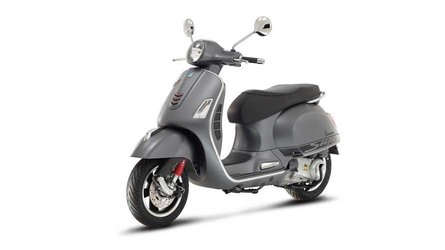 The model was announced back in November at EICMA—the company confirmed it would release an updated Vespa GTS 300 lineup now equipped with a High-Performance Engine (HPE). The 278cc, single-cylinder engine is now rated at 23.8 horsepower and 19.2 lb-ft of torque, which might not sound like much but is the most a production Vespa has ever produced until now.

The engineers have worked on new pistons and cylinder head designs to improve the engine combustion chamber’s efficiency and increase the horsepower by 12 percent and the torque by 18 percent. While performance has been improved, fuel consumption has been reduced. The engine is now Euro4 and 5 compliant. It's teamed with a CVT with torque server and offered with standard traction control.

The scooter's steel bodywork has been updated and integrates a new LED headlight and a new saddle design covered in anti-slip fabric—the under-seat storage can receive up to two open-face helmets. The scooter can now be paired with a smartphone via Bluetooth and the Bike Finder app can help locate the vehicle for those times it’s parked between two trucks and invisible to the eye. The tool cluster displays the speed on a standard, analog gauge, but distances and fuel economy numbers on a small TFT screen. Inside the compartment located inside the shield, a USB port allows the rider to charge his device on the go.

There are five variations of the Vespa GTS offered with the HPE engine: the GTS, GTS Touring, GTS Super, GTS SuperSport, and GTS SuperTech.