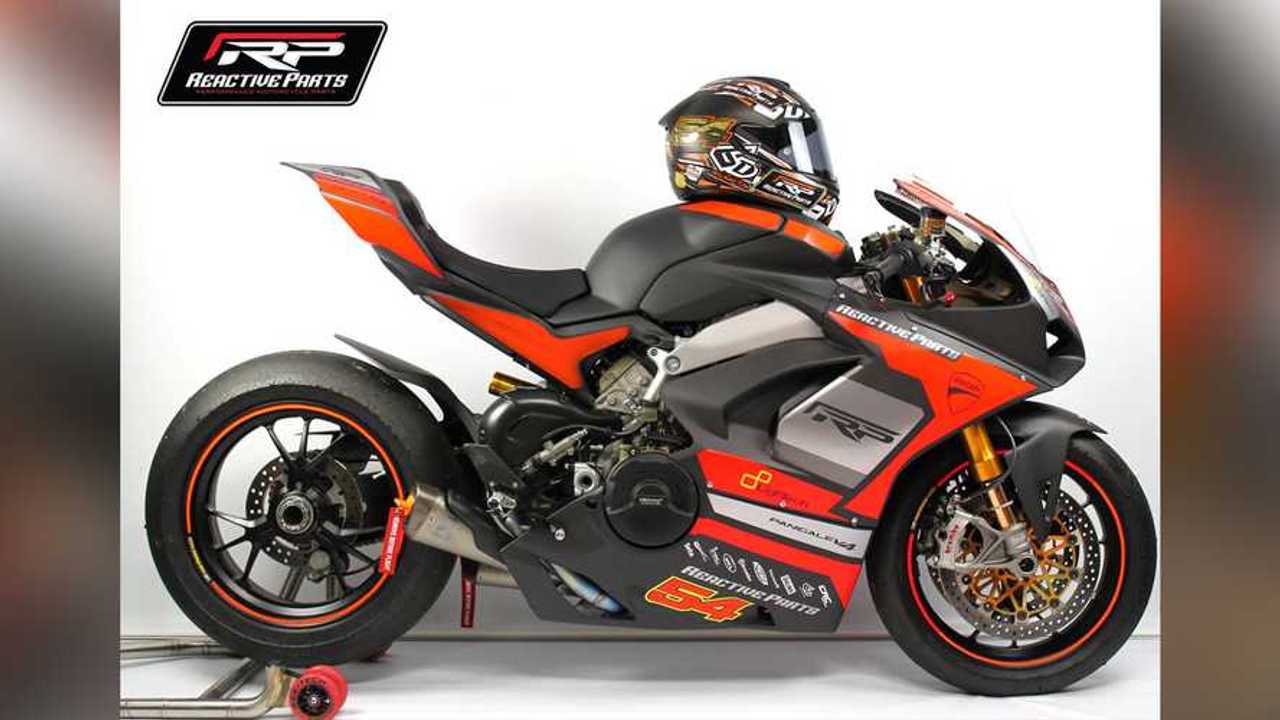 A first for the model

The Macau Grand Prix race track is the only street circuit to host both four-wheel and two-wheel competitions. This year, the 65th edition of the event will be held from November 15 to the 18. It will also mark the debut of the Ducati Panigale V4 in street racing.

UK team Reactive Parts unveiled its steed for the upcoming Macau Grand Prix, a striking-looking red and black Ducati Panigale V4. Steve Heneghan, manager at Reactive Parts, will be the team’s rider for the event. This isn’t Heneghan’s first rodeo: he already has six Macau GP under his belt and has managed to finish 22nd last year on a Suzuki GSX-R1000.

This year, he his hitting the road in style with the V4, also making history by entering the very first Panigale in a road race event. Though the model has quite the track record when it comes to racing, it had yet to make its debut in street racing. The V4 will race alongside two V2s over the November 15 weekend.

Ducati has a fruitful history of road racing in China with the likes of John McGuinness and Michael Rutter stepping on the podium a numerous time, a testament to the brands racing DNA.

In recent years, Ducati has taken the backseat to BMW who’s been dominating the race for the past few years until 2017, when Glenn Irwin took first place on a Panigale. By putting the V4 for the first time on the road circuit, the team and the maker are both hoping for results at the height of the brand’s legacy.

The 2018 Macau GP will not only feature motorcycle racing, but cars as well including the Formula 3 series, FOOD4U Touring Car Cup, as well as Guia Race 2.0T and Greater Bay Area Lotus Cup.