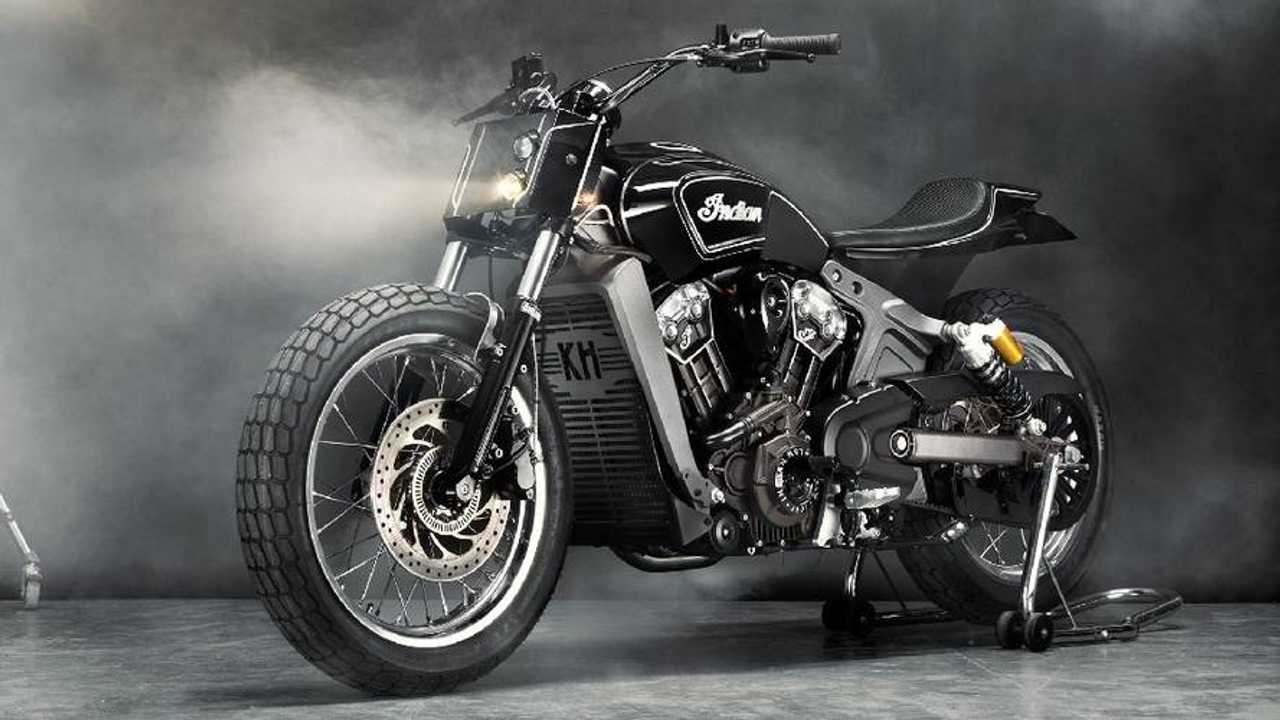 Pay the price of a Scout to customize your Scout

Indian announced over the summer that it's finally releasing a new, flat track-inspired model, the FTR1200, the road-legal version of the competition FTR750. If you can’t wait to 2019 to get your own flat-tracker, UK custom shop Krazy Horse has got you covered.

It’s hard to deny the rising popularity of flat track racing. The motorsport is gaining momentum and the modified style of bike is starting to turn heads. It’s no wonder Indian announced that its successful track-specific FTR750 would get a street-friendly version, confirming the launch of the FTR1200 for next year, sometime between January and December.

If you already own an Indian bike, say a Scout, that you absolutely love the FTR’s potential, and that you’re torn between sticking with your bike or coughing out the bills to get your hands on the new model, there might just be another option for you to consider.

Suffolk-based Krazy Horse offers the KH Street Hooligan Kit that allows you to give your Scout or Scout Sixty a flat track bike look. The kit gets you a 2 into 1 exhaust system, power-vision ECU, mid-control footpeg, 19-inch front and rear spoke wheels, seat relocation subframe, rear lamp and indicator assembly, flat-track seat pad and base, and front fork brace.

Once you have your kit, the shop recommends you get an authorized Indian dealer to do the conversion job for you.

The kit will set you back $6,500, almost the full price of the Scout Sixty and half the price of the Scout. So you can either modify your current bike, or you can just make yourself feel better and reserve your new Indian FTR1200 by making a deposit; Krazy Horse will take your money. The story doesn’t say how much the deposit is—to be fair we don’t even know how much the FTR will go for—but once the model hits the showroom, you are sure to gets yours asap.