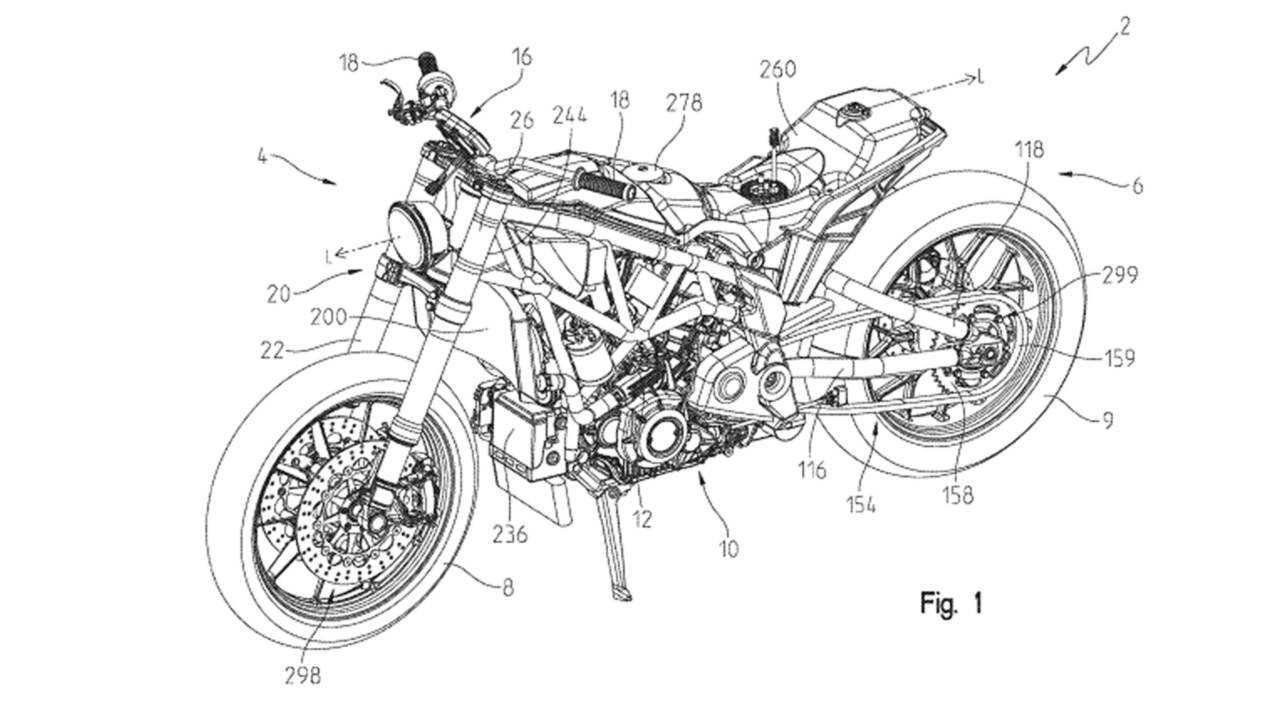 Looks like the company is working on a modular frame

This has been a good year for Indian Motorcycle so far. Between a successful season in flat track racing and the launch of a flight of new products coming for 2019, the team has been hard at work. Among other things, the company recently announced the arrival of a flat track-inspired, road-friendly FTR 1200. It started with a custom unveiled at EICMA that apparently got enthusiasts’ engines revving. Now, a patent filed by Indian gets into some pretty serious details regarding a “compact two wheel vehicle with a modular configuration”, read: the FTR 1200 could get variants.

The patent filed in March 2018 has only now been published. It contains a thorough description of a modular platform mounted with a parallel v-twin and close to 60 technical designs detailing everything from the saddle mounts, the crankshaft, the gas tank assembly, and the electric box.

Not only is the patent most likely our first look at the production version of the FTR 1200, it also hints that the new model could eventually become available in different styles. The patent mentions a cruiser, a sport, and a standard-type motorcycle meant to appeal to different riders’ preferences.

“Various motorcycles may be configured for different applications and different preferences of riders. (...) because each individual type of vehicle has different ride, handling, powertrain, and ergonomic requirements to best meet the preferences of the rider, it may be necessary to uniquely design the overall layout for each vehicle. As such, there is a need for a vehicle that may be applicable to multiple vehicle platforms to reduce manufacturing time and expense.”

The designs reveal that the FTR will be getting a trellis frame with a liquid-cooled v-twin at its center. Some of the design even suggest that smaller engine blocks could be fitted within the chassis with minor tweaks to the frame. The twin is fitted with a dual exhaust and a double exhaust tip. The asymmetrical swingarm receives a single coil spring mounted on the right of the bike.

The model is devoid of any design cues, suggesting a fully naked design similar to the custom, with a digital display mounted to the handlebar, looking like an aftermarket GPS.

The picture of an Indian motorcycle mounted on a steel platform leaked on the Internet seems to match the technical drawings from the patent. If the FTR 1200 customers will be able to get their hands on in 2019 is anything like in the picture, we are in for a treat! Indian has yet to announce an official launch date, but with 2019 coming up fast and the shows blitz coming up, it wouldn’t come as a surprise if the company showed the newcomer at Intermot or EICMA.