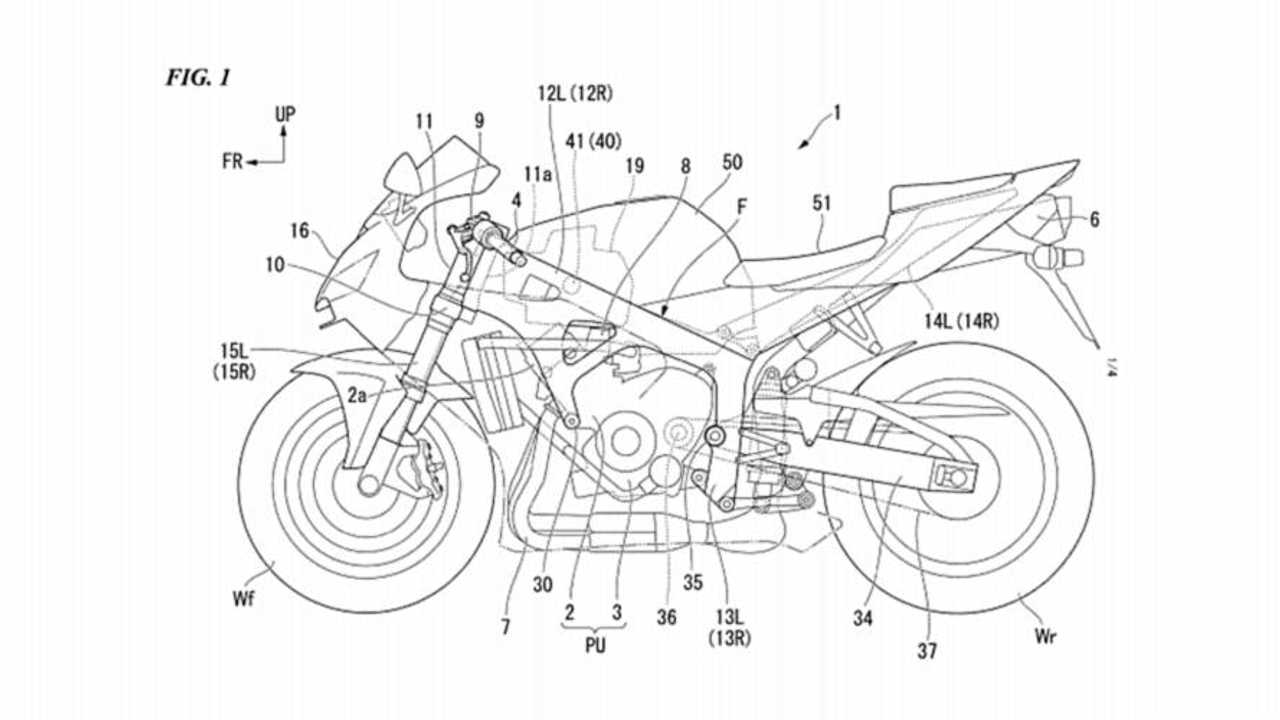 Carbon fiber is the crown jewel of performance motorcycle building materials. Its strength and light weight compared to other more common materials help vehicles shed precious weight when every gram counts and looks undeniably cool when they don’t.  Some manufacturers have taken bold decisions by putting models on the market dressed to the nines in carbon fiber, with an extravagant price to match. Think BMW HP4 and Ducati 1299 Superleggera that will set you back roughly $80k. Realistically, carbon fiber is extremely expensive, maybe even too expensive to be used in abundance in mainstream vehicles. That hasn’t kept Honda from putting the material’s rigidity to good use by using small quantities of it to help strengthen its structures.

In fact, Team Red filed a patent back in February 2018 for a carbon-reinforced frame demonstrated on the CBR600RR. The document, which was just published on August 30, demonstrates that part of the structure will receive the carbon fiber treatment.

The patent designs illustrate a carbon fiber rod that would be installed transversely across the front portion of the motorcycle chassis where it attaches to the steering shaft, across the airbox.

The patent describes a few additional applications of the carbon fiber throughout the chassis meant to provide extra strength to the overall frame.

What Honda hopes to achieve is to make slightly thinner frame sidewalls, shedding weight without losing rigidity. The company also specifies that the use of carbon fiber reinforcements wouldn’t be limited to the model demonstrated (the CBR600RR) and that it could take different forms in other models, including cars.

Could we extrapolate and assume that the use of the Honda CBR600RR as the model to illustrate the technology patented means there could be a new 600 in the works? We could. After all, the supersport could make good use of carbon fiber reinforcements considering its performance aspirations. Also according to the documents, does this mean Honda cars will eventually also integrate carbon fiber components? Only time will tell.