Listen and understand. BMW's new autonomous bike is out there. It can't be bargained with, it can't be reasoned with. It doesn't feel pity, or remorse, or fear, and it absolutely will not stop until it learns everything it can about autonomous vehicles.

Earlier in the summer, we reported on the autonomous “bike”: a self-riding BMW C1 that had been fitted with a flight of detection systems and mechanisms that was able to help the engineers safely put autonomous car technologies to the test without putting an actual rider at risk. However, because of the C1’s partially closed cockpit, watching it ride around the track without someone in the saddle wasn’t as unsettling as watching BMW’s latest contribution to the self-driving realm go. The Bavarians now have a fully-autonomous R 1200 GS and it’s super creepy. 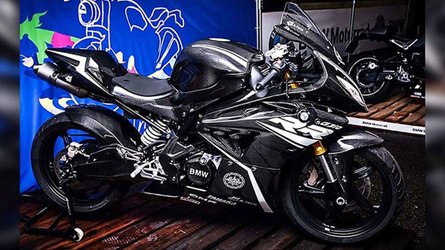 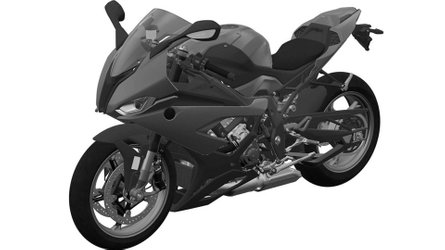 It leans in the bends, takes off, accelerates, and even flips the kickstand out when it’s done. It’s alive! Say hello to BMW’s latest creation: the robotic R 1200 GS. Pushing its curiosity for motorcycle dynamics, the company created the self-riding R to help further its understanding of the motorcycle’s behavior and how it could eventually receive rider-assist technologies.

The plan here, thankfully, isn’t to take over the role of the rider completely so don’t bank on seeing autonomous BMW motorcycles on the market anytime soon. However, whatever additional knowledge the autonomous R will bring will eventually lead to such systems as adaptive cruise control or automatic braking assist. The bike would become able to analyze whether a rider is at risk and, like in a car, warn or intervene to avoid a crash.

There is still ways to go before motorcycle safety technologies catch up to the ones already offered in cars—that is if you’re the kind of rider who would welcome these systems with open arms. Who knows? There could eventually be a demand for self-riding bikes—though I don’t see the purpose—but something something urban mobility. I guess it’s bound to happen one day, but for now I’ll still enjoy the purist experience of a non-autonomous bike while watching the mesmerizing video of the autonomous Terminator-Beemer.