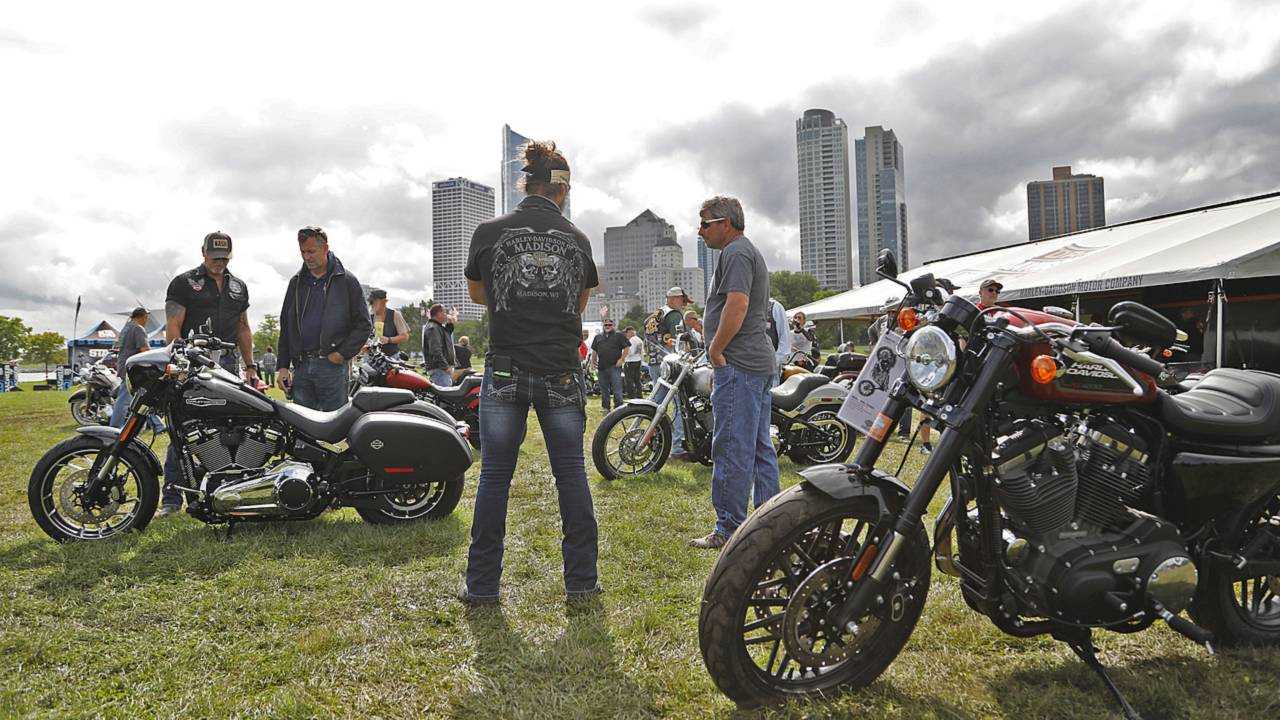 Harley-Davidson brought the 115th Anniversary celebrations to its hometown of Milwaukee for the long weekend. Here's a look at what went down.

Harley-Davidson's has had a roller coaster few years, but 2018 is also a special one for the company, after all, it's not everyday that you get to celebrate 115 years of American-built bikes. Plus, the brand has some fences to set straight after all the—rather undeserved—POTUS drama of late. But nothing brings people together quite like a good party.

After the massive Prague event in July, it was the Motor Company's hometown's turn to show the world how Americans get their groove on. The streets of Milwaukee, Wisconsin hosted riders from all over the world for a long weekend party that kicked off on Wednesday and went on till the wee hours on Sunday.

While countless live music acts brought the city to life, the State known for its love of alcohol put on a beer, whiskey, and octane filled bash like no other.

It all started with Wednesday's kickoff party and carnival featuring, among other things: dyno drags, a wall of death, helicopter rides, a bungee catapult, a mechanical riding bull bike, a 60-foot ferris wheel, a motorcycle high wire act, and a gnarly Globe of Death.

Then on Friday and Saturday we got to witness bikes ripping down the sandy shores of Lake Michigan during Beach Brawl. A not to be missed experience, it's been a 100 years since the last time one of these races took place.

Meanwhile, indoors at the Panther Arena, flat track racers were out for Flat Out Friday. There was even a street party before the racing began.

For those wondering how their bike would do on a drag strip, Harley-Davidson was hosting a Run What You Brung event at the Great Lakes Dragaway.

Saturday's hillclimb saw riders and bikes going near vertical on the Little Switzerland ski hill as they competed on time and distance. Oh yea, an $8,500 purse was on offer to the victors.

In addition to all this, Harley 115 festival attendees had opportunities to checkout the H-D Museum, go on factory tours, visit the iconic Juneau Avenue headquarters of the MoCo, ride in Sunday's parade, and do so much more.

Celebrating its 35th anniversary was Harley Owners Group during the week's festivities.

Even our bossman Kanishka hit the festivities to soak up some black and orange ambiance and got a peek at Harley's long-coming electric model, the LiveWire. Words alone cannot describe the event so here's a look at all the awesome that happened over the weekend.

"'Murica!" - That guy probably during the opening ceremony.

These guys sure didn't mind going in circles. Or should we say, in a sphere?

Leaning much? Riders showed off their mad skills—it's all about looking where you want to go.

A bunch of beach bums showing off at the Beach Brawl.

I feel a breeze. I think.

Here's a new #FollowFriday for you: Flat out Friday at the Panther Area indoor flat track course.

Betcha he's got a powerbomb with your name on it if he catches you!

Best seats in the house for the hillclimb.

Some oldies but goodies, with appropriate mud livery.

A quiet Harley for once—the Livewire made an appearance at the Sunday parade.