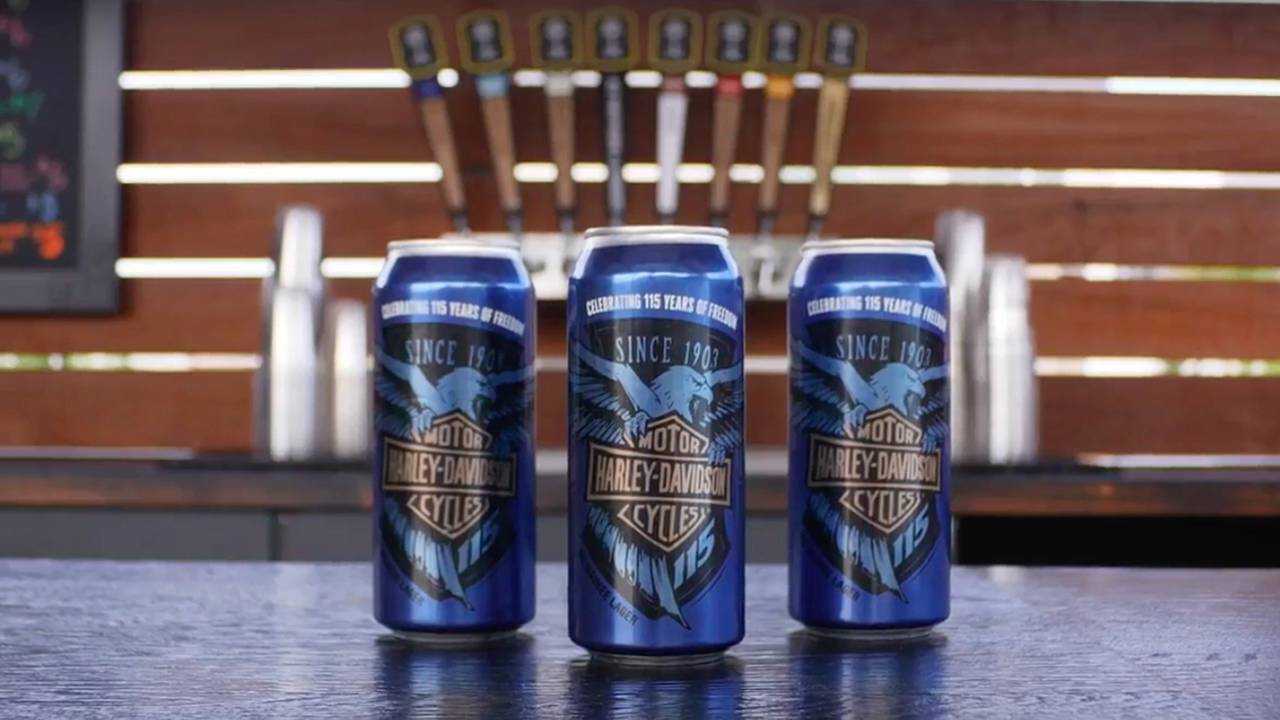 Nothing like cracking open a cold one after a long ride on your Harley, so why not crack open an ice-cold Harley-Davidson 115th anniversary beer?

If you haven't heard, Harley-Davidson is celebrating its 115th anniversary this year, not a small milestone as far as motorcycle companies go. In Milwaukee, Wisconsin, the celebrations will culminate between August 29 and September 2. For the occasion, three breweries have teamed up to create a limited edition Harley-Davidson beer so Harlistas can raise a glass of Milwaukee lager to their favorite brand.

THE PAST: Harley-Davidson Brings Back Bikes to Celebrate Anniversary

The Harley beer is the result of a joint effort of US breweries Milwaukee Brewing, Third Space Brewing, and Good City Brewing. It uses pure Milwaukee barley roasted in Milwaukee, tossed with brown rice. Is that enough Milwaukee yet?

Matching Harley's new ambitions to become a cross-generational brand not limited to the loyal middle-agers anymore, the beer is also an attempt to meet the expectations of young and young at heart. The fruity lager is a balance between a more mainstream lager and a more elaborate brew that aims to appeal both to craft beer enthusiasts and old-school beer drinkers.

Andy Gehl of Third Space explains in the promotional video that they wanted something super balanced and easy to drink that some people can enjoy on a hot day after a ride. The goal was also to highlight the city's history by bringing together the  115-year-old motorcycle company and newly established breweries, representing the past and the future.

THE POLITICS: What New Metal Import Tariffs Mean for US Motorcycle OEMs

The beer will be distributed at Harley-Davidson's events, in bars, and restaurants, and is also sold by certain retailers in the Milwaukee area. The beer is a limited edition so for the all the curious out there, you might want to get your hands on one sooner rather than later. At the risk of sounding like your mother, if you plan on giving this Harley a try, leave the other one home.