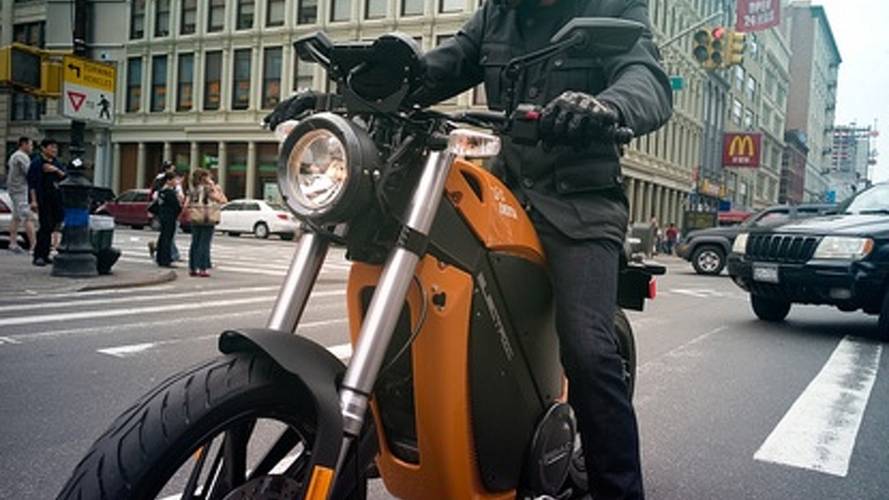 If you've been reading for a while, you're aware that electric motorcycles are advancing in performance, affordability, and sales at an incredible rate, but even we had no idea they could experience the kind of near-term success predicted by this report. Pike Research, a Colorado-based cleantech market research firm, predicts that 466 million electric-powered two-wheelers will be sold worldwide between 2010 and 2016. 56 percent of that market will be composed of electric bicycles, 43 percent by electric motorcycles and only one percent is predicted to be electric scooters. China is expected to consume 95 percent of all electric two-wheelers produced between now and 2016. Still, North America is expected to be consuming one million electric two-wheelers a year by 2016. See, you should be excited about electric motorcycles.

However, the report isn't all fresh and clean. The market for electric bikes in North America is expected to consist mostly of boring old baby boomers purchasing them as a "lifestyle or style choice" over people buying them to use as primary transportation. That's the same hole that regular motorcycle sales fell into over the last two decades and we've all seen what's happened as a result of that. While initial sales based on novelty or green lifestyle choices are a great way to begin a business and grow product awareness, a solid argument centered around practicality is going to be needed if electrics really want to expand into the mainstream transportation market.

One thing the report doesn't touch on, at least in the press release or executive summary, is price. That's still a major sticking point for electrics, they simply don't achieve price parity with their dino juice-fueled counterparts. The Brammo Enertia pictured above, for instance, just fell in price from $12,000 to $7,995, but with only a 40-something mile range and a 65mph top speed, it still asks potential customers to make significant sacrifices compared to an equally priced sports 600. The main factor determining the cost of electrics are the batteries, which are still massively expensive in comparison to the other components used on the bikes. Battery prices are expected to decrease drastically over the next decade, likely in a direct inverse to the sales rate of electric motorcycles.

The report does identify the lack of an established distribution network as a barrier that manufacturers will have to overcome. It also cites the non-dealer model as a positive, meaning the problem here isn't availability, but rather the need to put the products in front of potential consumers.