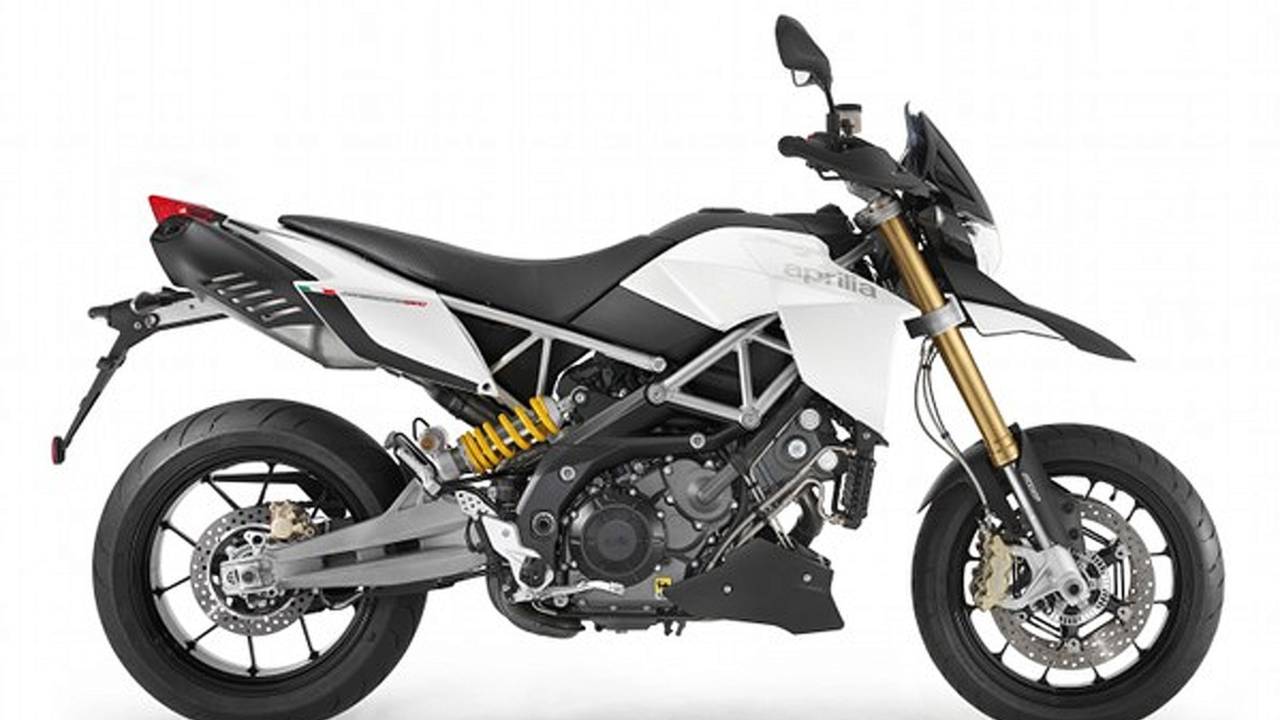 Will Aprilia’s new adventure tourer essentially be a faired supermoto? Judging by this evidence, yes.

Look at this spy photo of the Aprilia Caponord 1200 from Motociclismo and compare it to the shot of the Dorsoduro 1200 below. Same frame, same rear sets, same subframe, same engine, same forks, same brakes, same bars, same mirrors, same swingarm, same numberplate carrier. In fact, the only thing we can see which isn’t the same (other than the fairing) is the new GP-style exhaust. Will Aprilia’s new adventure tourer essentially be a faired supermoto? Judging by this evidence, yes.

That’s no bad thing. Nor is it the first time this approach has been adopted. The KTM 990 SMT notably adopts an ugly fairing, transforming Austria’s bonkers big motard into a practical commuter, if not much of a distance machine. It struggles to manage 150 miles on a tank. The Ducati Multistrada 1200 is also less of a big dirt bike and more of a tall superbike.

But the Aprilia isn’t a sharp as the KTM, nor as fast (or as pricey) as the Ducati. As a heavy (492lbs wet), comfortable, tall bike, HFL contributor Kevin Ash stated the Dorsoduro is already more of a naked adventure bike than it is a big motard.

So why introduce the Dorsoduro 1200 ahead of the Caponord when the fairing arguably makes a stronger case for the platform? According to Kev, it’s all about image.

“Aprilia is concerned that its image in the bike market is fuzzy, that people don’t really know what Aprilia stands for,” explains Kevin. “So the company first of all is bringing this into sharper focus and emphasizing the brand’s association with technology, sport and fun, and they don’t seem to think the adventure class is defines this quite sharply enough. Maybe they started developing the Dorsoduro 1200 before the Ducati Multistrada was really known about...”

As is emphasized in this remarkably terrible video, the big Dorso is packed with tech features even if it can’t quite match those of the Multistrada. Aprilia equips the bike with traction control, switchable ABS and a ride-by-wire throttle with three engine maps.

The performance, price and tech features are enough to potentially position the Caponord as an affordable alternative to the Multistrada or a higher-performance, tech-laden competitor to all-conquering BMW R1200GS.

Look for the Caponord or whatever Aprilia ends up calling it to be officially unveiled at the EICMA show in November and for plenty more “leaks” before then.

Included in this gallery are shots of the Capo 12 plus images of the components it appears to share with the Dorsoduro.