Why Your Next Motorcycle May Be An Airplane

Why Your Next Motorcycle May Be An AirplaneYou've taken the first step of getting a pilot's license just by riding a motorcycle. An admittedly...

You've taken the first step of getting a pilot's license just by riding a motorcycle. An admittedly unscientific survey on BackCountryPilot.org revealed that 85% of pilots ride motorcycles. Before learning to fly, motorcyclists presumably look at a plane and have the same internal monologue of "hey, that looks like fun, bet I could do that," that they had before learning to ride.

Of course, learning to fly is a lot more involving than learning to ride. It takes about as much time, money, and effort as two college courses. The payoff is worth it.

On a motorcycle, the fun part of a trip begins at the trailhead or twisty roads--until then, there are billboards, straight roads, and aggressive trucks. Backroads are an option, of course, but when the goal is making progress rather than riding for the sake of riding, the quickest route will often be littered with other road users and dreary rest stops. The rest stops of a plane trip are totally different. America is littered with tiny airports, many with grass runways, little hot dog stands or diners, and friendly old-timers full of aviation stories. 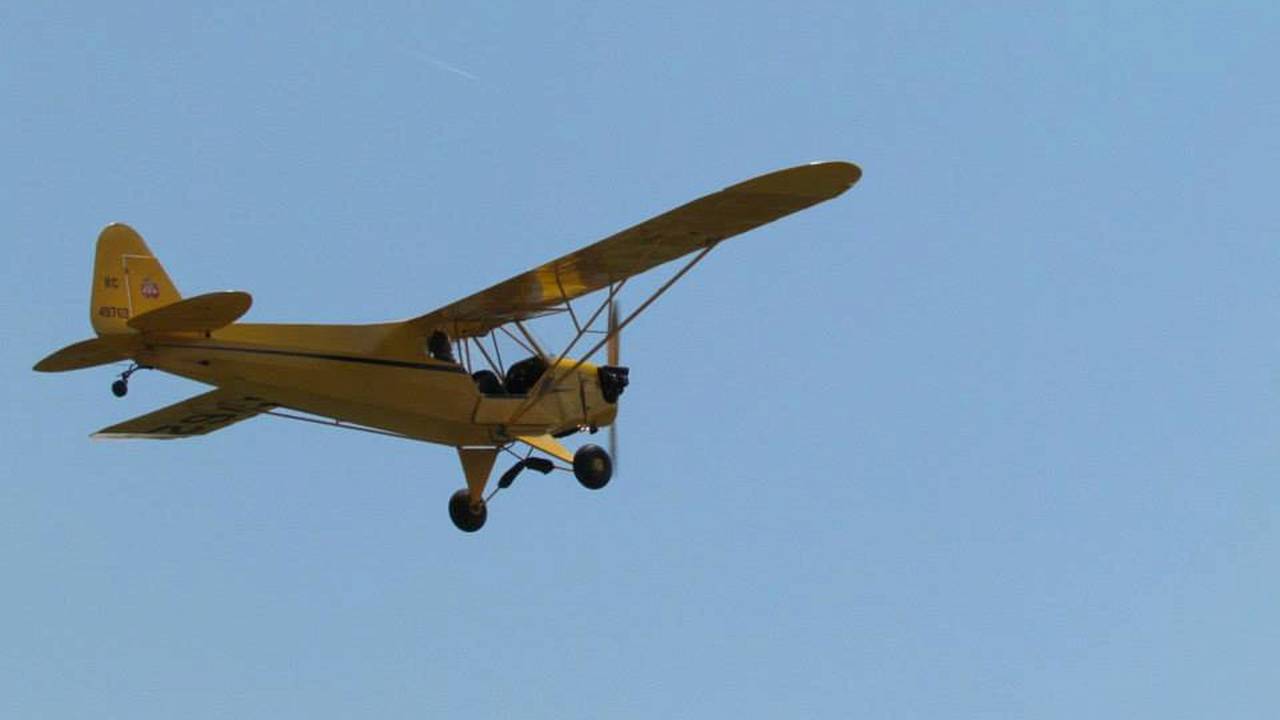 The rest of the trip is totally different, too. Planes aren't very happy on the ground, and bumble clumsily along taxiways, but as soon as they leave the ground, they're a miracle. You fly past the windsock and watch your motorcycle become small. It's a big thrill, and the sky feels like a giant open space despite all the FAA's regulations. There is no advertising, you can break most rules if obeying them would be dangerous, and the speed limit is 288mph below 10,000' MSL.

When you look around and realize everyone else you can see is on the ground—and you’re the only one flying a tiny plane in the sky—it is easy to feel crazy (even if many of the people down there would jump at the chance to trade places with you). 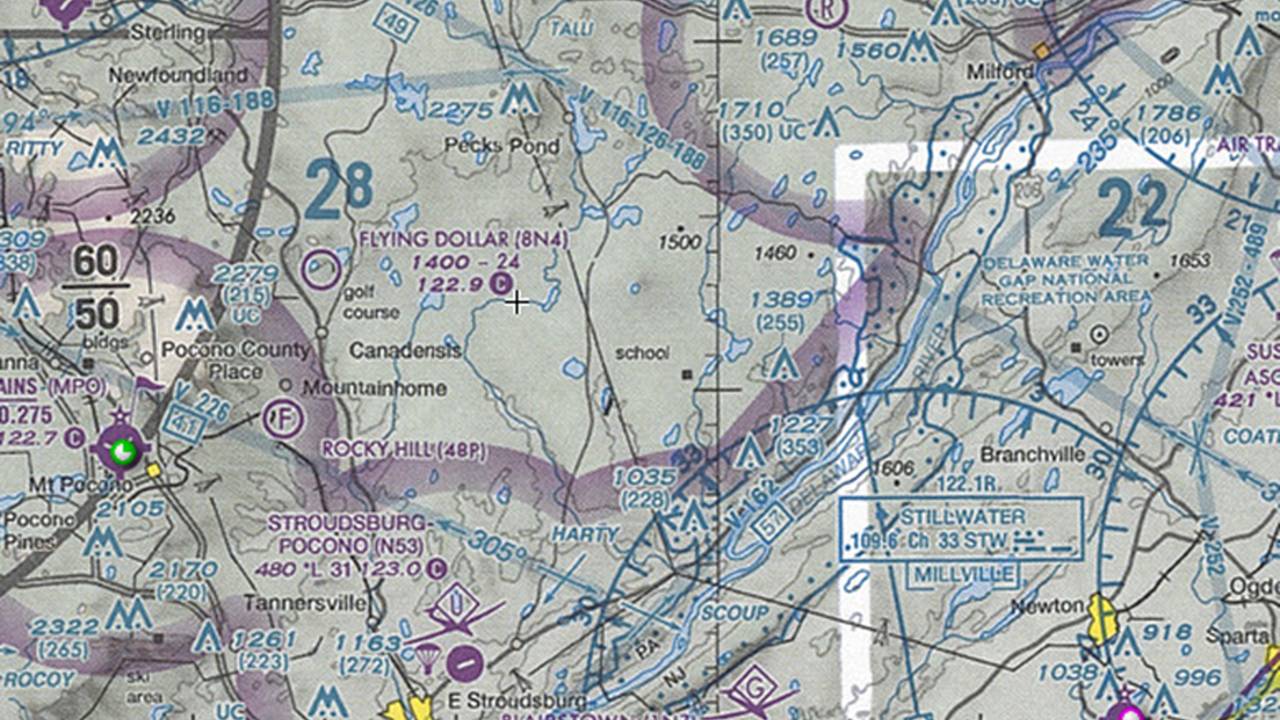 Even the maps are great. Aviation maps are packed with information, but some of it seems almost playful. Rather than street and business names, the maps have little labels that say "golf courses" or "hospital" or "factories." With some effort, you'll be able to use the factories and the map's contour lines and details to keep track of where you are.

At some point, it’s time to revel in the experience of operating an aircraft. A manual car gives you a little bit of extra control. A motorcycle adds separate front and rear brake control. An airplane adds a throttle that stays where you put it, as well as a yoke to push, pull, and rotate. There are foot-operated rudder pedals with toe-brakes that work on the ground. More advanced planes have flaps, adjustable mixture and propeller pitch, retractable landing gear, and multiple engines.

There's also a radio, GPS, and navigational devices. Under no circumstances can you let the thing run out of gas. Flying is both serious and enjoyable.

Riding a motorcycle conservatively is maybe two or three times as hard as driving a car. On a motorcycle, brakes and throttle must be applied smoothly, and riding slowly requires balance. Road surfaces are more important on a motorcycle too.

To explore motorcycle dynamics, you need to be riding near the limit, with one or both wheels coming off the ground, or leaning way over. A plane, however, is always interesting. Even during routine flying, there are crosswinds to compensate for, unexpected gusts that upset the plane, or a bit of extra altitude to lose. You must juggle the controls--the throttle, the stick, and the rudder to bend the plane to your will. It feels a bit like a car that could be driven sideways at 5/10ths. A car that’s slow, easy, and progressive during slides, but that often slides nonetheless. Still, basic flying—with thought given to weather, engine health, navigation, and aviating—requires about five times as much mental effort as riding a motorcycle.

Landing a taildragger (sort of the “driving stick” of aviation) is not terribly difficult, but getting it right is rewarding. I'd rate it about as hard as riding a bicycle no handed near the slowest speed you can do it. Not impossible, but you do have to stay "ahead" of the machine's oscillations. 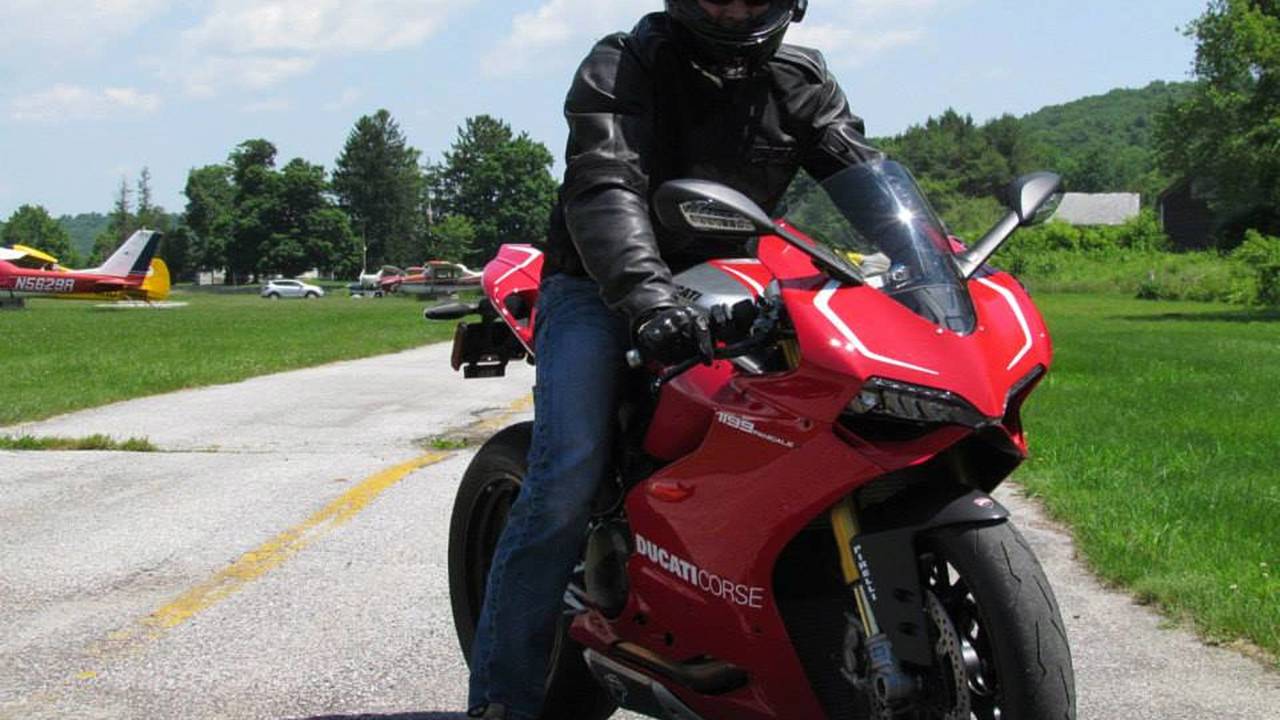 When I was learning to ride a motorcycle, I went through a couple of scary situations. A car turned in front of me, I ran out of gas, I rode through the rain at night. In a plane, close calls feel a bit, erm, closer. If you stay in the air until it gets dark and aren't comfortable flying in the dark, you feel the pressure of the setting sun in a way you never would on a motorcycle. On a motorcycle, warm summer air might means you lose a bit of power. In an airplane, that same air affects the propeller—which will generate less thrust, the engine—which will develop less power, and the wings—which will generate less lift. If your passengers are too heavy, your plane will barely fly—or maybe won't fly at all. There are graphs in each plane's operating handbook to calculate these things—you can’t simply "guess and check."

Back on the ground

After touching down and bouncing along a remote grass airstrip, you realize once more what is so incredible about flying. The world we normally live in is two-dimentional. That's why you can meet someone at 42nd and Broadway and why no weather report has ever said to expect 20 mph winds in the "up" direction. If you want a better overall picture of your surroundings in a car, you can’t climb a thousand feet. If there aren’t mountains, you’re stuck looking at your immediate surroundings, forever. In a plane, the initial feeling is that another aircraft could come at you from any direction—and technically it could—but the sky is pretty much empty, and mid-air collisions are rare. Riding a motorcycle home from the airport is much scarier. Cars won’t come at you from above or below, but there are thousands of them, and their drivers aren’t well trained.

Getting a pilot's license generally takes about sixty hours. At ninety dollars an hour for a plane, thirty for an instructor and about five hundred for tests and learning materials, the total cost is right around seventy five hundred dollars. Renting an airplane starts at around eighty five dollars an hour including fuel and insurance.

Not interested in Cessnas? They aren’t the only small aircraft to fly. There are gliders, taildraggers like Piper Cubs and Aeronca Champs, and even hot air balloons, autogyros, and powered parachutes.

Flying can be scary, but it is incredibly thrilling and rewarding. Once you fly a plane solo, take a friend up, or save a badly botched landing, you’ll feel huge connection to Amelia Earhart, Chuck Yeager, and the Wright brothers. When a calm day at 55 knots can be so thrilling, you realize that all aviation’s heroes were very brave indeed.

Of course, the expense and weather constraints mean flying is as much about daydreaming about flying as it is about actual flying. Thankfully, daydreaming is free - here are some clips to get you started.