The 2016 Victory lineup features their first electric motorcycle - but not much else is new.

When it comes to Victory Motorcycles, the RideApart staffers seems to be split into two camps: one, represented by writer Chris Cope, who believes that the Polaris brand is on the verge of greatness, and the other, represented by yours truly, who thinks they've been punching below their weight for a few years and show no real signs of ambition. With last night's announcement of their 2016 lineup (done on their Facebook page), I'm not sure that either of us can claim victory, so to speak. 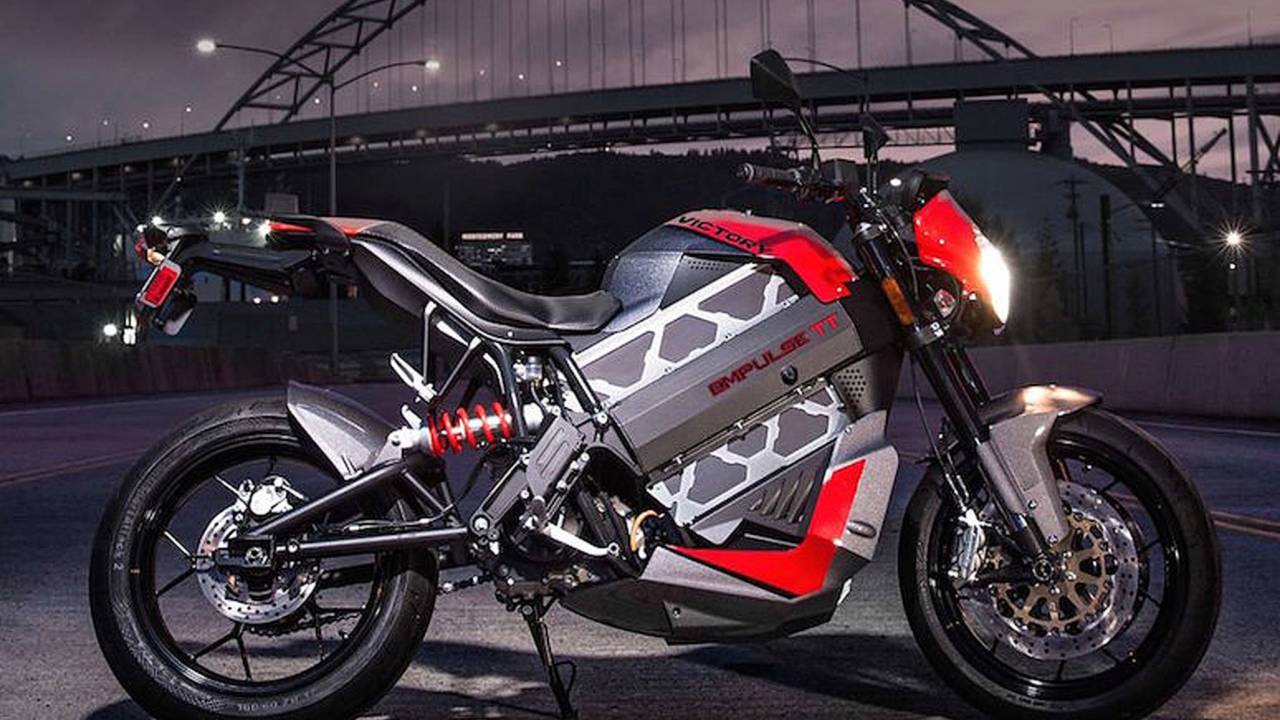 The big news: Victory just jumped out in front - waaaay in front - of their chief competitor in the electric bike game. We were excited to report earlier this year that Polaris had purchased Brammo, and Victory wasted no time making good on that purchase. The Victory Empulse TT will be available at dealerships sometime this fall; Harley's LiveWire project will presumably still be a prototype. But will it be successful?

Victory claims that the bike's engine will produce 54 hp and 66 lb-ft of peak torque, allowing the bike to exceed 100 mph; the bike's range is said to be 140 miles, with a recharge time of 3.5 hours. The "TT" is a hat tip to Victory's impressive performance at this year's Isle of Man, and reflects the bike's racing DNA. It looks like it'll deliver solid performance. (I still the LiveWire is a better looking machine.) The big question here, though - who is this bike for? The MSRP is $19,999 - that's more than most of Victory's line, and falls just under the price of a stock Vision ($20,999). In other publications, Josh Katt, Victory's product manager for their new electric line, has stated that he'd like to see "Tony Stark-types" on the bike - implying that the Empulse is basically a toy for rich folk. That could spell trouble for sales, and if Victory truly wants to make electric bikes an integral part of their business, they'll need to figure out how to deliver a lower cost version of the Empulse. That said, it's great to see them putting an electric bike to market so soon, and we're hoping it'll be a success for them.

61 ft-lb (available from a full stop)