Instead of the major rumored changes, the Triumph Modern Classic range — Bonneville, T100, Thruxton and Scrambler — are receiving only iterative updates for 2014. Here's complete details. 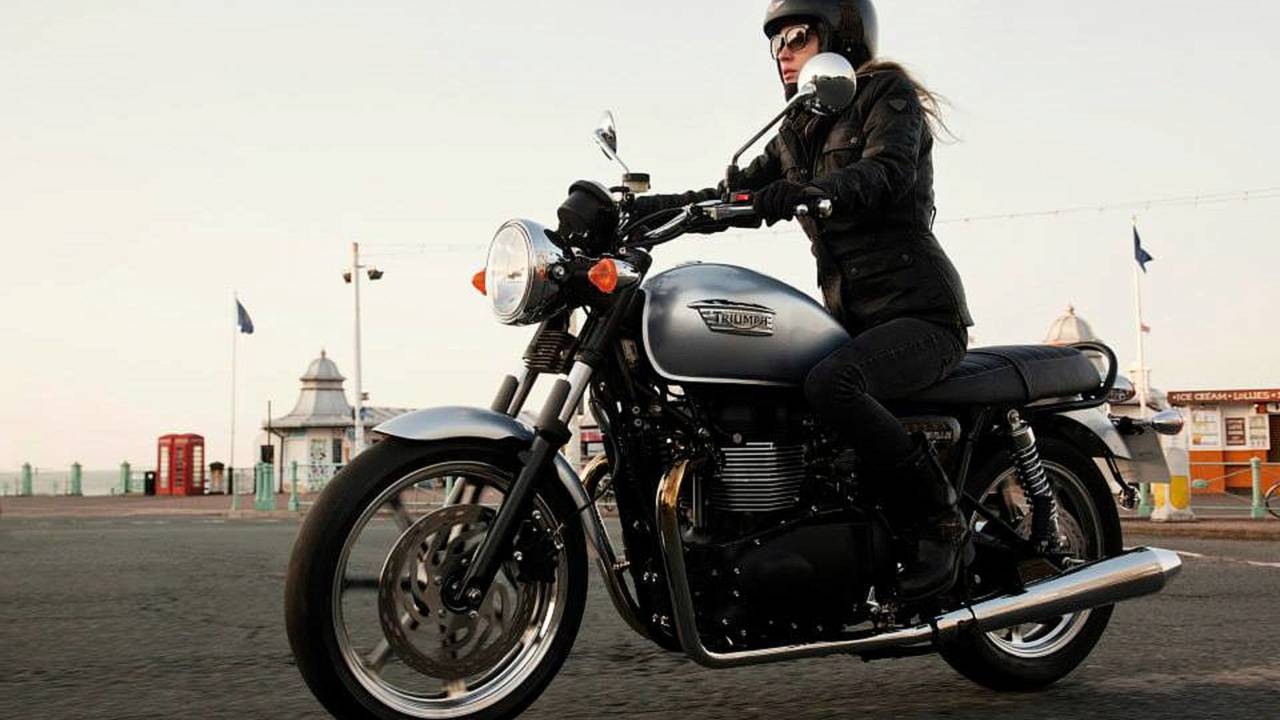 The Bonneville forms the basis for the rest of the Modern Classic range and it's the cheapest model in it. In RideApart's opinion, it's also the best. 17-inch cast wheels are, in comparison to the other models' spoked items, lighter, tubeless and accept modern rubber. That makes the bike faster, sharper and more responsive.

For 2014, all that's retained, including the accessible 29.1-inch seat height, but new machined cooling fins on the cylinders, "accentuate the classic British twin engine" while blacked-out cooling lines deliver, "a subtle aesthetic." That seat is made with a new, "improved filler material for better comfort." A black grab rail at the seat's rear completes the updates. Colors include white/blue, silver and black.

Oh, and new silencers are supposed to deliver a more "throaty" exhaust note. 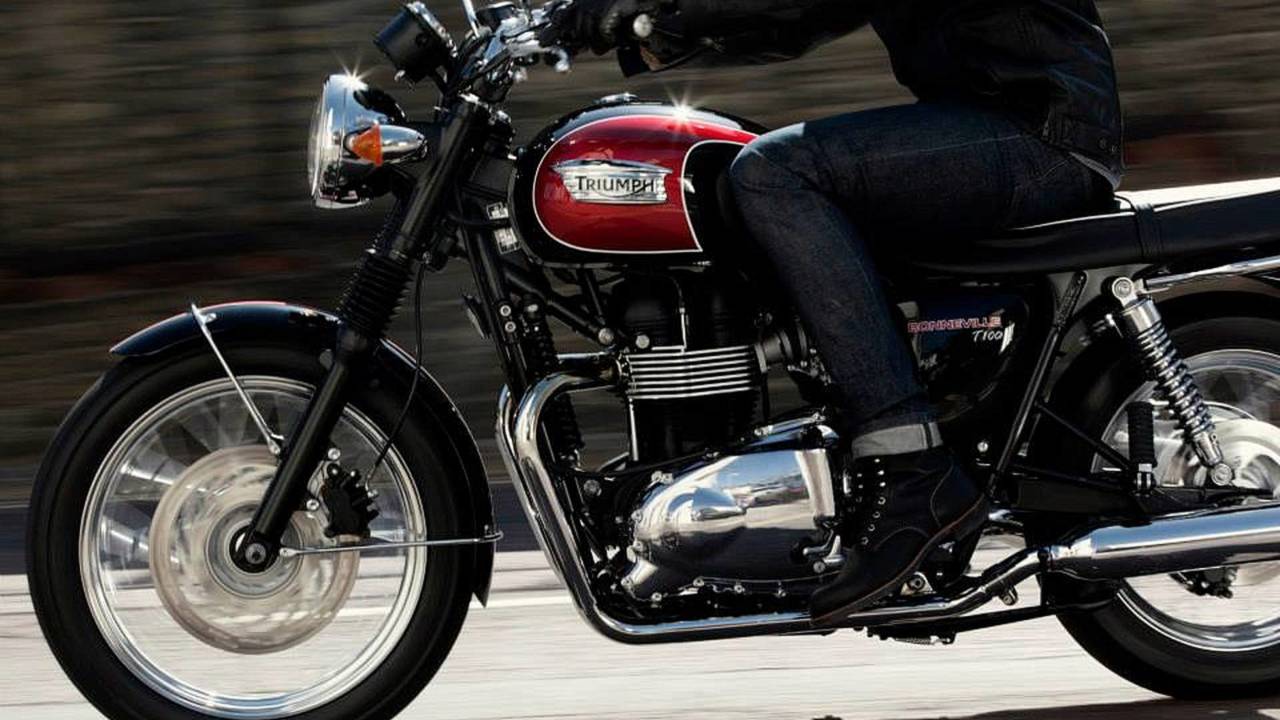 Same cleaned up engine details as the Bonnie and similarly updated exhausts. The T100 adds a chrome grab rail and chainguard though. The larger, 19-inch spoked wheels are heavier than the Bonnie's, blunting acceleration, braking and handling, while the increased unsprung weight also negatively impacts the ride quality. Taller handlebars also remove some weight from the front end, all changes that reduce performance and handling when compared to the cheaper Bonneville. 2014 colors include white/gold and black/red. 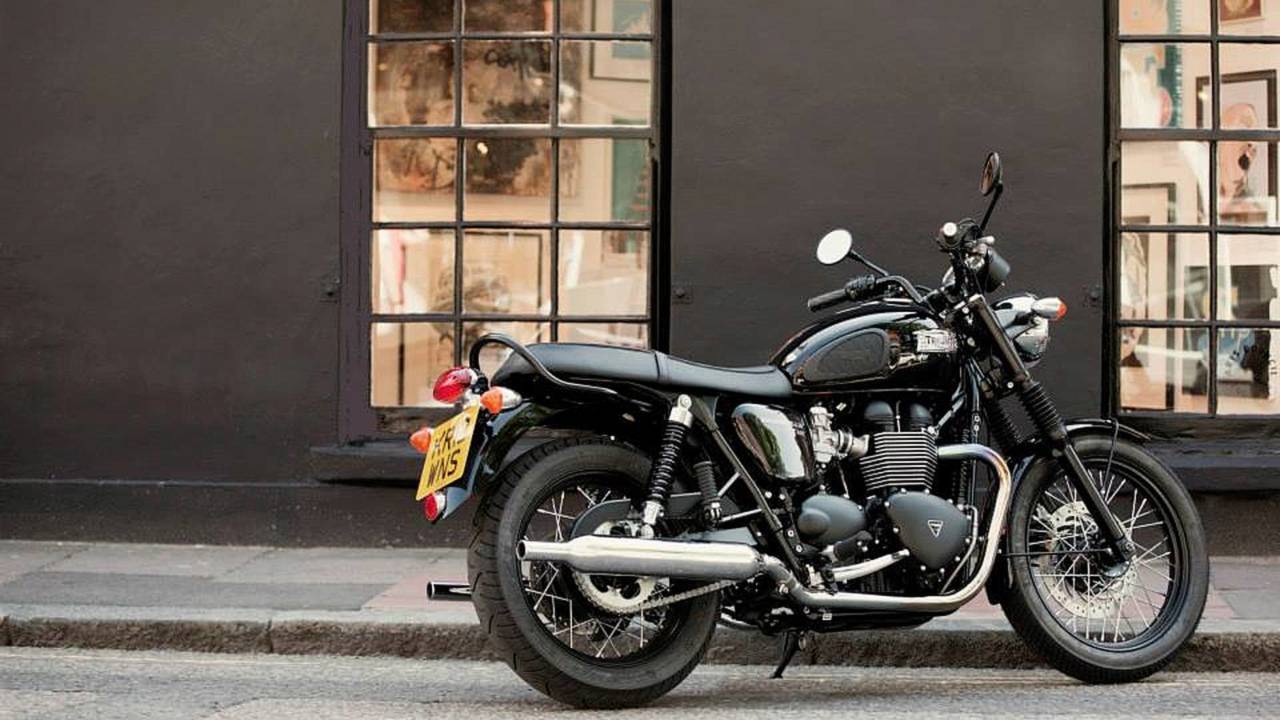 Like the T100, spoked wheels add unsprung weight and reduce tire choice. The Thruxton adds adjustable rear suspension, upswept exhausts and lower handlebars so it looks a little more like a cafe racer. The base Bonnie is actually faster and handles better.

The Thruxton benefits from the same aesthetic refinements to the engine and the same exhaust changes as the other models. Colors include black and green, both with gold accents. 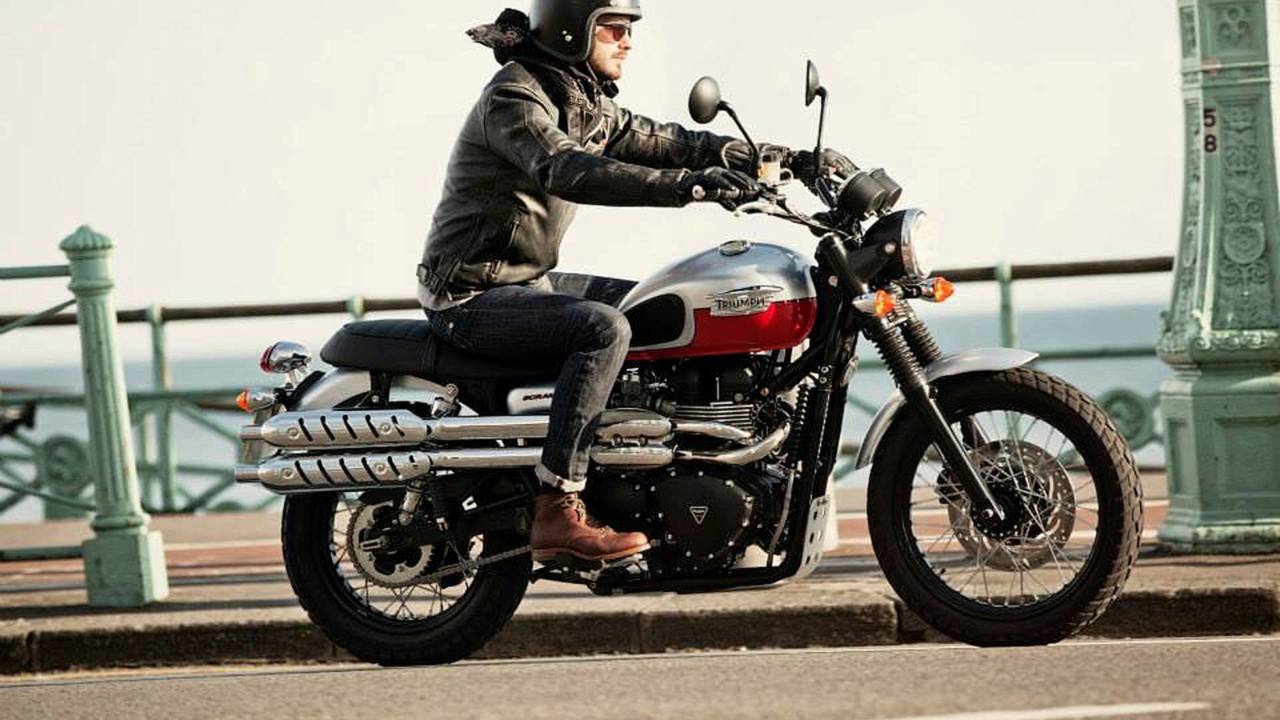 The Scrambler differentiates itself from the other models in the Modern Classic range with a 270-degree crank, giving it an uneven firing order and v-twin like feel. That adds a welcome dose of character to models with are otherwise unexpectedly anodyne. Same aesthetic engine upgrades and noiser exhaust as the other models, while components including the, "oil cooler lines, handlebars, wheel rims and hubs, plus the rear master cylinder reservoir cover" are blacked out. New colors are matte blue(!) and red/silver. 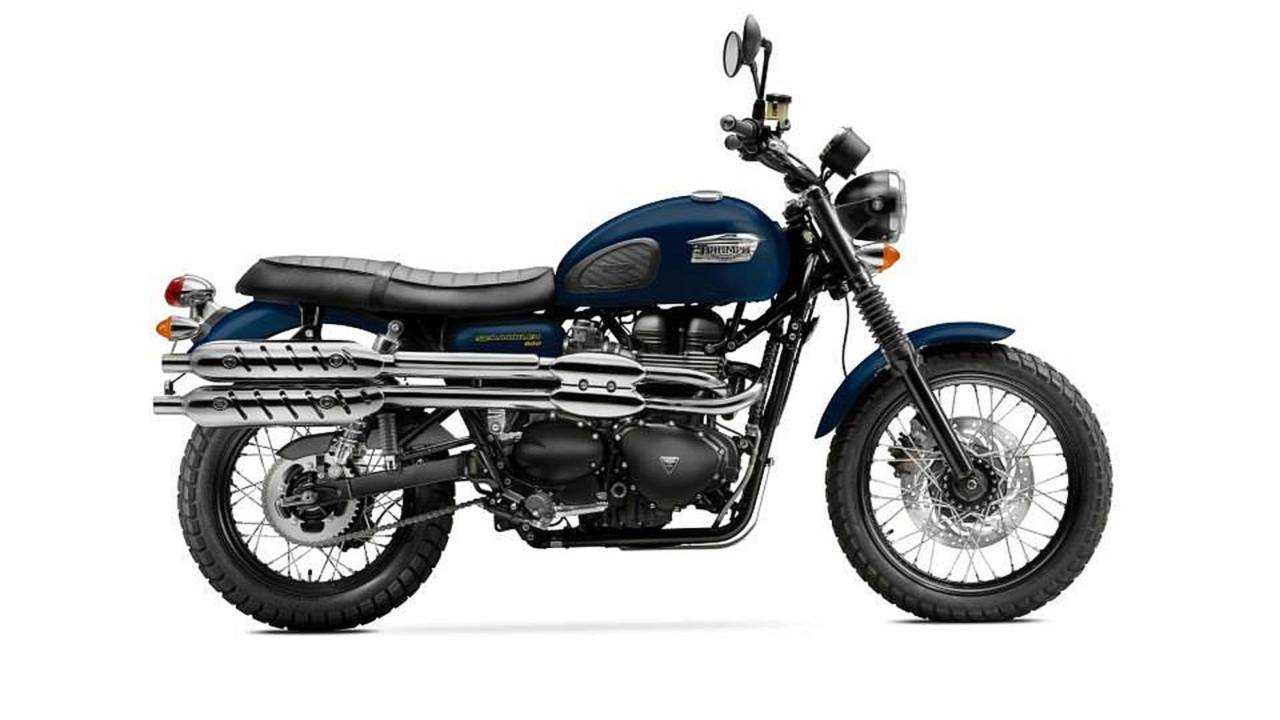