Ducati Upgrades Multistrada For 2013 With Higher Tech And Better Colors 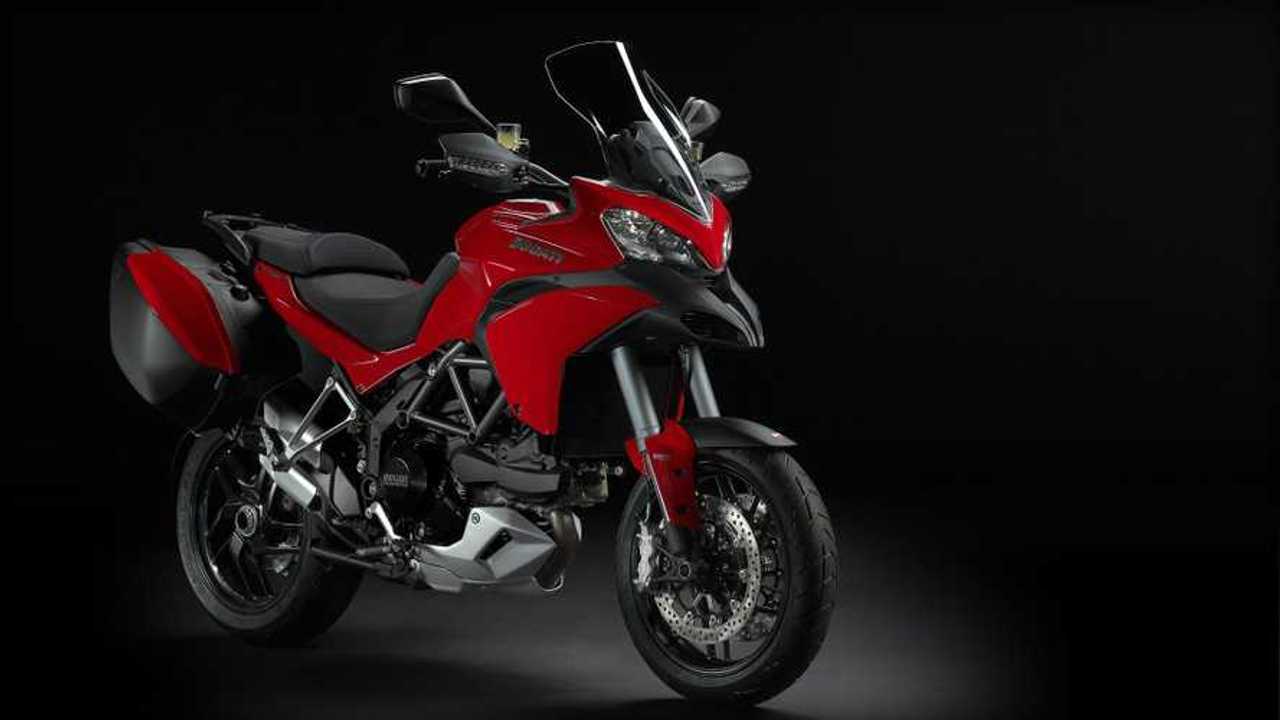 What is Sky Hook and when can we have it?

Ducati is up-specing the Multistrada 1200 for 2013, adding various accessories and this new Pikes Peak-rep color scheme. The big news though is the addition of "Skyhook" semi-active suspension which will adjust damping settings on the fly to deal with varying conditions. In addition to electronic suspension adjustment, ride-by-wire with variable throttle/power maps, ABS and traction control, that'll make the Multi one seriously high-tech motorcycle.

BMW is also adding semi-active suspension to some of its motorcycles this year and we found a better explanation of its function than we could write in Kevin Ash's review of the HP4: "...it adjusts automatically, very rapidly and on the fly the damping settings front and rear according to a whole range of parameters. The system softens on bumpy roads, firms up the front under heavy braking, alters both ends during cornering, firms the rear when you're accelerating and so on."

Ducati is being light on details thus far, but you can read more about BMW's system here. They'll likely be very similar.

Also interestingly, "Skyhook" was the name of Maserati's adjustable suspension. There doesn't appear to be a relation between the two systems though, at least given the very basic material Ducati distributed this morning in which they basically just, "oh yeah, and we've added semi-active suspension and decided to call it Skyhook."

In addition to that suspension, the touring model gains some standard luggage and the GT gets some ADV farkles like engine bars and LED running lights.