Is active suspension the next leap in motorcycle performance? 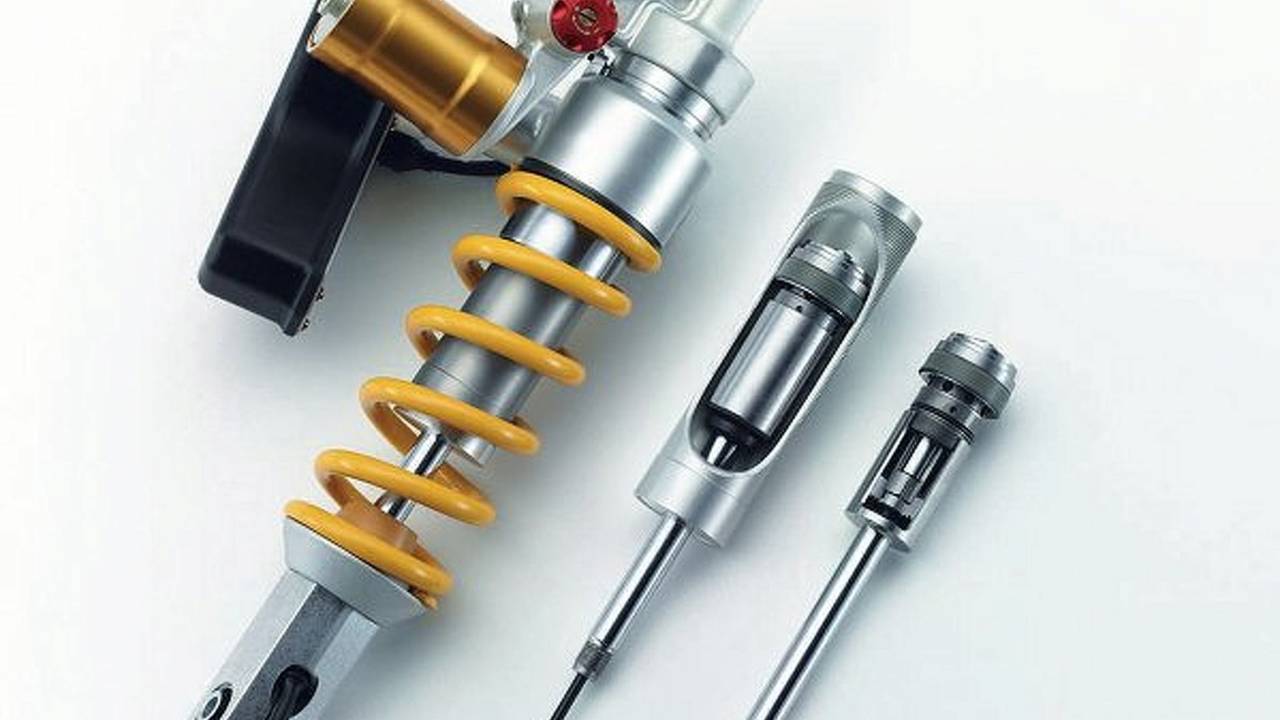 Right now superbikes are faster than ever before not just because they’re lighter and make more power, but because electronic rider aids like traction control, wheelie control, ABS and launch control are making that performance more exploitable. That suggests that the next big step in performance could be similarly non-traditional. Could it be continuously adjusting suspension damping? Active d...

Right now superbikes are faster than ever before not just because they’re lighter and make more power, but because electronic rider aids like traction control, wheelie control, ABS and launch control are making that performance more exploitable. That suggests that the next big step in performance could be similarly non-traditional. Could it be continuously adjusting suspension damping?

Active damping control has been around in cars for a while, enabling a soft ride in non-performance conditions, then tight response and good body control in corners and while heavily accelerating or decelerating. BMW thinks automatically adjusting damping control front and rear could bring similar benefits to motorcycles while also helping tailor performance to varying rider weights.

BMW was already the first company to offer electronically adjustable damping and spring rates. Riders of late-model BMWs will be familiar with the ability to select one-up, two-up, luggage and their style of riding through dash or bar-mounted buttons. That adjustable spring rate was particularly neat, you can read about it here.

Now, they’ve begun talking about a semi-active system called Dynamic Damping Control that could automatically handle the above while instantly adapting to changing conditions and performance requirements.

According to BMW, the system, which is still under development, collects data from “engine control, ABS control unit, sensor box (DTC), and the spring travel sensors” which then informs the control of valves in the front and rear suspension that alter damping rates.

This works as the motorcycle accelerates to prevent squat: “When the rider accelerates, e.g. when leaving the city limits, the valve in the rear strut is actuated more strongly owing to the changes in dynamic wheel load distribution and in the drive torque. Once the target speed has been reached, valve actuation drops back to its original level (less power supply than setting off). Information flows from the throttle grip via engine control to the DDC control unit, and from there to the damping valves.”

To firm up the suspension in corners: “When the rider takes a series of corners, both damping valves are actuated more strongly with increasing inclination – starting from the low power supply – until the vertex is reached. When the vehicle returns upright between two corners, the actuation of the two damping valves constantly drops to the original power level with decreasing inclination. When the motorcycle turns into the second corner, valve actuation again rises proportionally to the angle of inclination and again drops from the vertex value. Information flows from the sensor box (DTC) to the DDC control unit, and from there to the damping valves.”

As the bike brakes, to prevent dive: “When the motorcycle brakes, e.g. at a rail crossing, the actuation of the front damping valve increases proportionally to the deceleration so that the damping forces and therefore riding stability increase as a result. In this case,

Dynamic Damping Control DDC analyses both the dynamic phase of braking, until constant deceleration and wheel load distribution, and the subsequent static phase.”

And when the motorcycle encounters bumps, to soften the ride: “When the motorcycle is passing over the rail crossing (here representing all types of uneven road surfaces), the valves in the front and rear dampers are actuated (powered) proportionally to the respective compression travel. In this case, information flows the front and rear spring travel sensors via the DDC control unit to the valves.”

There’s also a suggestion that instead of selecting preset variable for one-up or two-up riding, the system will be capable of detecting and ideally programming itself for varying loads.

So how could this increase performance? Well, the benefits of preventing dive and squat should be obvious, maintaining suspension geometry through braking and acceleration is something engineers have been trying to achieve with funny front ends as long as the motorcycle has been around. Doing so, or at least reducing dive and squat somewhat, while retaining the superior feel and easier adjustability of telescopic forks would be quite the coup.

The facility to instantly offer ideal damping setting for individual conditions would also be an advantage. Bumpy corner followed by a smooth corner? The suspension will work in both, delivering optimal feedback and control for each.

Of course, it could also enhance comfort on notoriously uncomfortable performance bikes, allowing a marginally softer ride while cruising without sacrificing control in corners.

When will we see active, or at least semi-active, suspension on bikes? “The suspension damping system DDC will be introduced to the first BMW Motorrad series motorcycles in the near future.”