The the 2014 KTM 1290 Super Duke R is fully unveiled in these spy photos. See them here first, plus get the latest news on its upcoming release.

These photos, snapped by a member of the SuperDuke.net forum, fully reveal the production version of the upcoming 2014 KTM 1290 Super Duke R.

Shown as a concept last year (video below), the bike gathered huge buzz due to its radically aggressive styling and insane, 180 bhp power figure from its bored RC8 motor.

The bike in these photos now appears to have shed the concept's impractical wildness for production-ready components like an actual headlight, huge exhaust canister and a positively hideous license plate hanger. 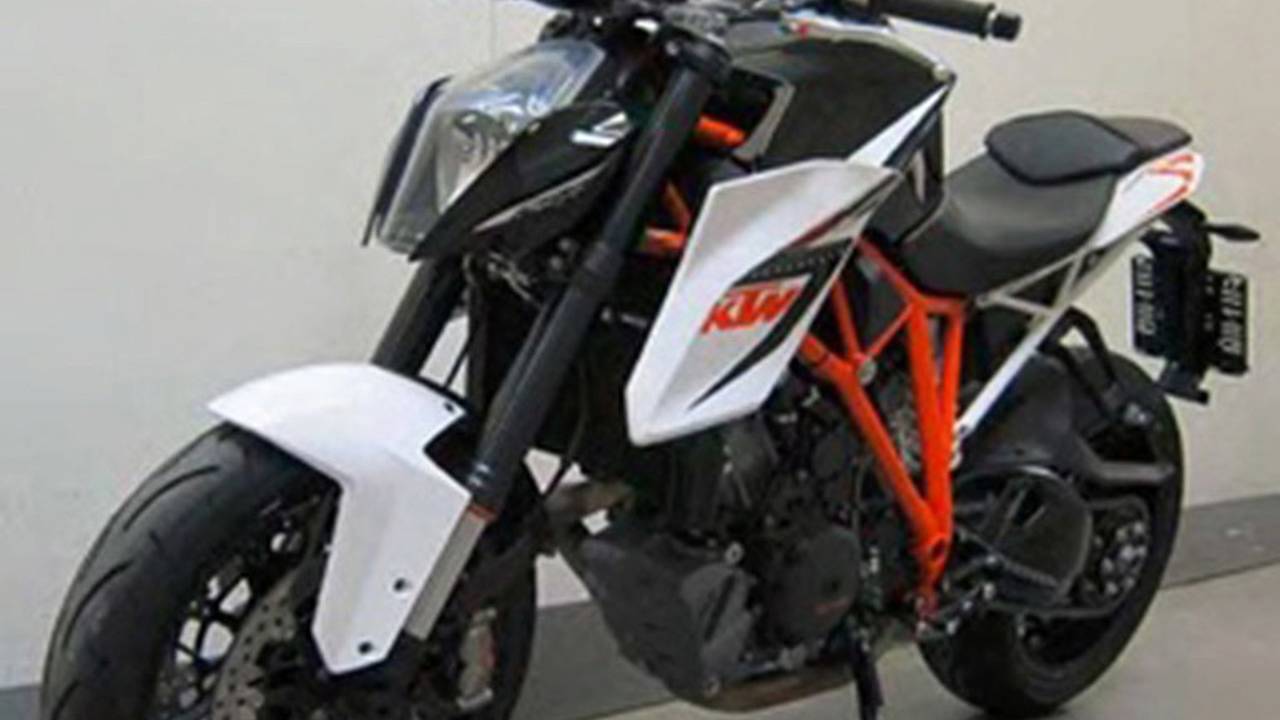 Production horsepower is rumored to be in the neighborhood of only 160 bhp, still making this a strong rival for that other insanely powerful naked superbike — The Aprilia Tuono V4R — as well as the upcoming 2014 BMW S 1000 S that we exclusively spied yesterday.

Despite that maturation from flight-of-fantasy concept to production reality, the Super Duke remains relatively high spec. A steel tube frame wraps that liquid-cooled V-twin and is fitted with fully adjustable USD forks, radial Brembos and a single-sided swingarm. Typically edgy Kiska Design plastics and graphics make it look extremely aggressive, but both rider and passenger accommodation actually appear to be quite generous and there's even huge mirrors located in exactly the right place for good vision. 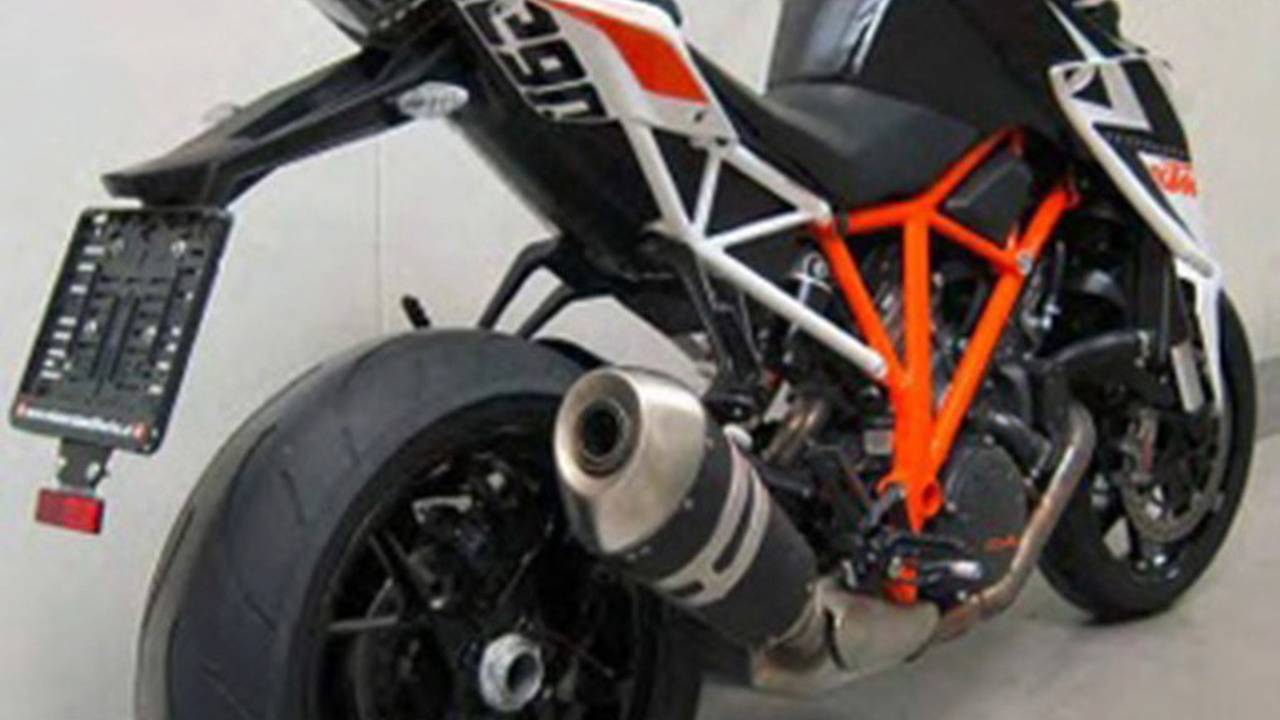 Overall, that swept-back headlight and large plastic cowlings remind us most of the styling of the Kawasaki Z1000.

The Super Duke is scheduled for official premier at the Intermot bike show on October 1, 2013.