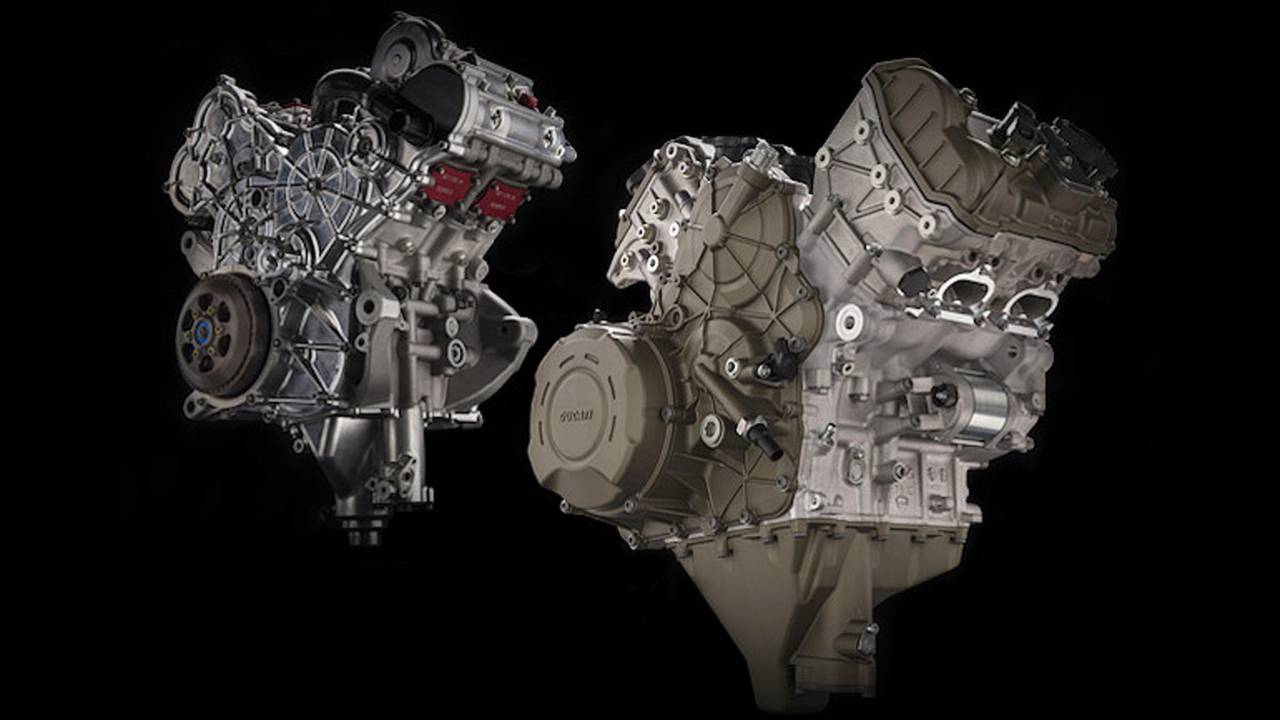 The Bologna-based motorcycle company reveals its highly anticipated power plant: The Desmosedici Stradale, which will power its next flagship super bike.

Ducati says it took years of hard-won experience, and millions in R and D from its premier class V4 Desmosedici machine, and applied it to an engine that will power the brand's upcoming flagship super bike. With all of the success Ducati has experienced in developing its MotoGP machine, rumors have swirled for a while now that the next flagship Ducati would be powered by a V4. In January, Ducati CEO Claudio Domenicli confirmed the new V4 road engine, ending the long-speculated rumor. The Italian marque has already released the name for the feat of engineering that is its new engine, calling it the ‘Desmosedici Stradale’. Desmosedici being Ducati’s MotoGP machine, and Stradale which translates from Italian into “road”, indicating a road-going V4.

The new power plant shares many similarities with that of the Italian premier class machine. It's an 1,100cc, 90-degree V4 with an 81mm bore – the same as in the Desmosedici GP engine – and a 53.5mm stroke to increase streetability. has It also uses the same valves, intakes, and throttle bodies as the GP engine thanks to the shared bore. Lubrication is Ducati-standard semi-dry casing lubrication with delivery and recovery stages to constantly guarantee sufficient lubrication of all moving components. The valves are, of course, still desmos, and many of the engine’s components are made from a magnesium alloy to save weight.

Thus far Ducati has yes to release performance figures for the new V4, but based on the racer this new V4 gets its DNA from we can safely and confidently assume this thing is gonna be a total beast. Ducati opted to debut the new V4 the day before this weekend’s MotoGP round at Misano, which is more or less Ducati’s home track. The mere fact Ducati’s Andrea Dovizioso is currently leading this season (in terms of points) should only bolster the desired effect Ducati hopes to achieve by unveiling the platform at a GP weekend.

READ MORE: We Ride the 2017 Ducati SuperSport and Like It!

“We are proud to reveal this technological jewel that starts a new chapter in our company's history, demonstrating its vitality and high level of investment in the development of new products," said Ducati CEO Claudio Domenicali. "This engine also demonstrates the close collaboration between Ducati Corse and the group developing production motorcycles, and how much racing is able to develop technology that is then usable for the standard models."

Unfortunately for Ducati, some of the wind was taken out of its sails yesterday when leaked photos of the engine and the bike it supposedly powers made its rounds online along some footage of the machine in action that was filmed by Belgian moto-site MaxxMoto. If the leaks are anything to go by, Ducati seems to have given the Panigale a major facelift before dropping the new Desmosedici Stradale motor into it. There are a number of immediately noticeable differences though. The bodywork has undergone a slight revision, with - what appears to be a one-piece - fairing extending up to the fuel-tank and headlight recesses that have gotten substantially larger, likely serving as intake ducts.

It appears this will be Ducati’s model for 2018, as it said its WSBK V4 will debut the year after the road-going version, so in the coming months we should get our first glimpses of the entire motorcycle. Like all new Ducati offerings, the company has put together some promo-videos for the Stradale. One of the engine’s roaring sound, and another of a bench-test, spliced with onboard track footage. They’re both pretty short but worth a quick watch, or listen rather. They also have a sleek website for the upcoming offering that goes into further technical detail in flowery language, and more high-res photos.