How the Royal Enfield Café Racer changed from concept to production 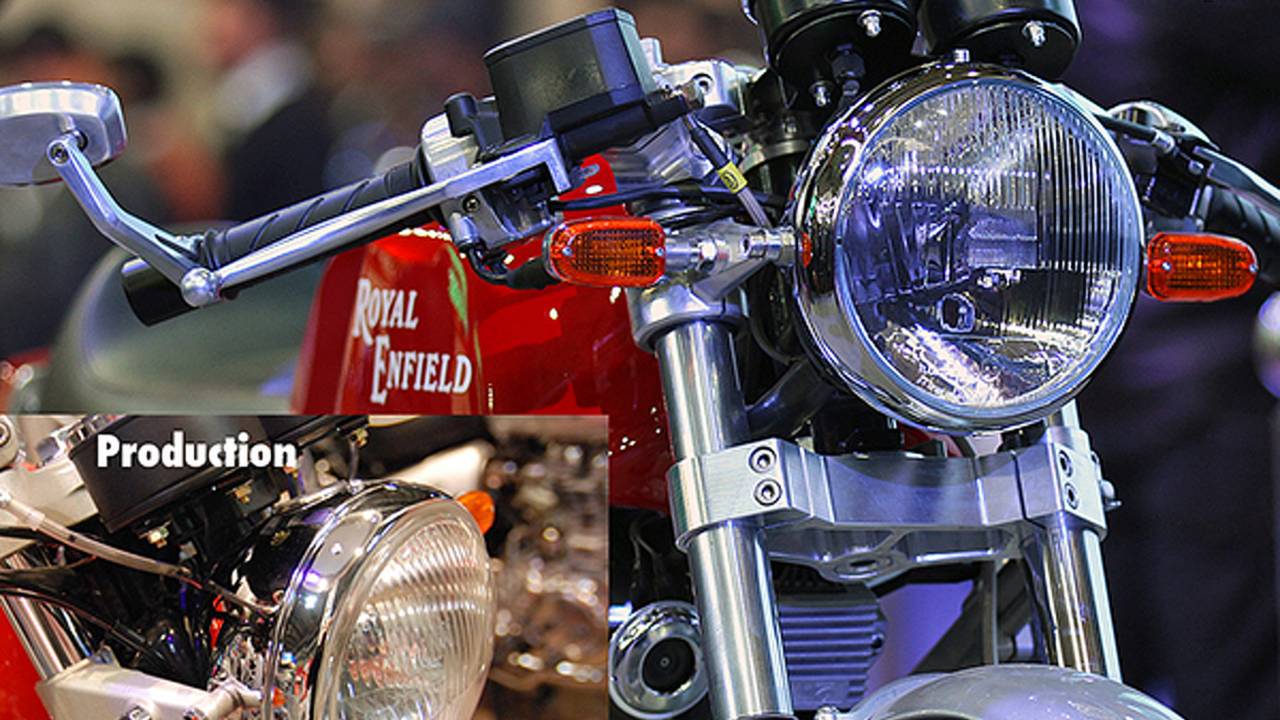 After last week’s news that the Royal Enfield Café Racer will enter the US market next summer, an HFL reader who’d seen the near-production version of the bike sent in these photos from EICMA. Same idea as the concept, very different execution. Have they ruined it?

This is the concept bike, as currently making the IMS show tour around America. Probably the most authentic representation of café theme ever executed as a modern bike. It’s not a retro, it’s basically the same bike someone visiting the Ace Café way back in the ‘50s or ‘60s would have ridden, just available in 2013 with low monthly payments and oil tightness. We’ve previously published a metric ton of images of the café racer concept.

Now, here’s the near-production version shown at EICMA in Milan. Note that this is NOT the bike on tour with the IMS, it’s pretty much the version that will go on-sale next summer priced a little over $7,000.

Looking at these photos, we spot the following changes:

3. Forks appear to be from RE Thunderbird. Additional height raises front end.

5. Seat “cover” that doesn’t cover anything.

6. Larger tank doesn’t fit flush, lifting it up at the rear and altering the key horizon split line.

8. Fuel cap is much taller, making it appear awkward.

Can you spot anything else?

In isolation, any single one or even a couple of those changes wouldn’t fundamentally alter the look of the bike, but cumulatively they change it fundamentally. Which version do you prefer?