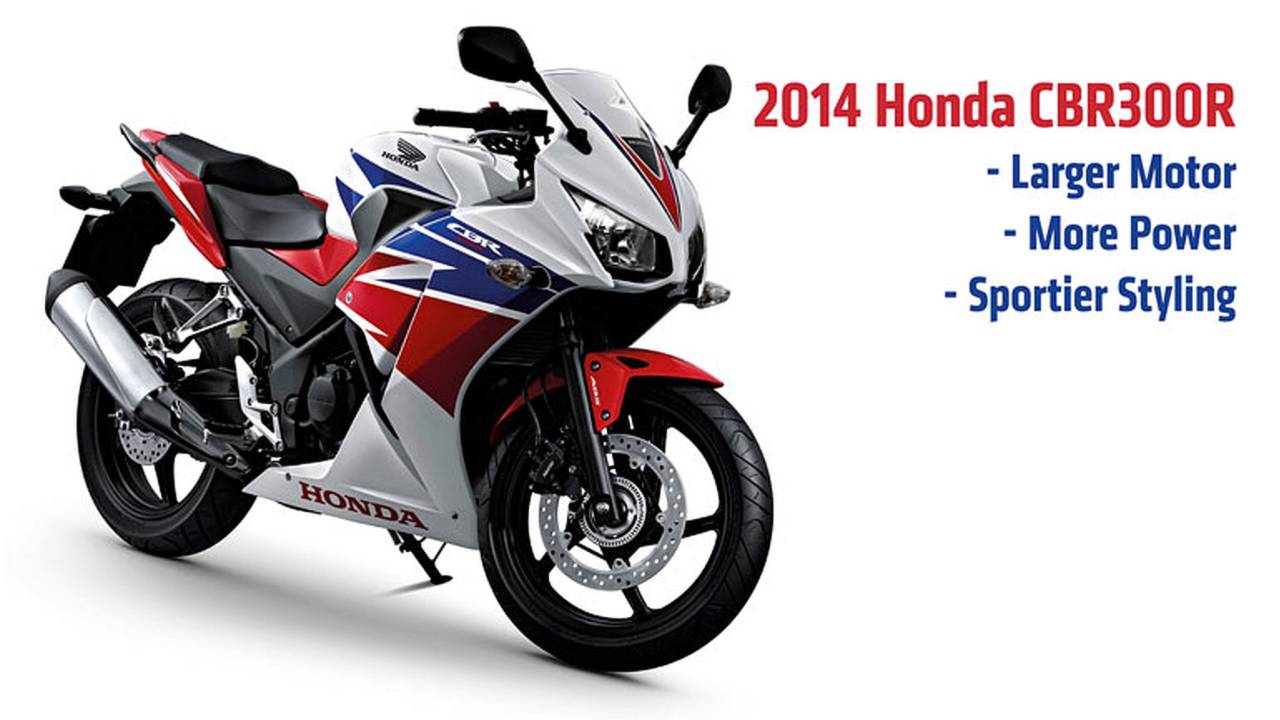 A tiny challenger enters the ring.

Countering the new Kawasaki Ninja 300, Honda is upping capacity to its best-selling CBR250R to 300cc and restyling the bike in-line with the CBR500R. The new 2014 Honda CBR300R will be one of the most popular bikes in the world.

Launched today at the China International Motorcycle Trade Exhibition (CIMA), details on the CBR300R are slim. We don't know the exact capacity, power or price, with Honda simply stating the bike is, "a global motorcycle model for which Honda is planning to begin production in Thailand in the future."

Launched in 2011, the Honda CBR250R quickly became the firm's best-selling motorcycle in America, eclipsing even the Gold Wing. The $4,199, single-cylinder beginner bike wows with a level of quality and completeness otherwise absent in the class. A larger, more powerful motor should broaden its appeal, especially in the horsepower-obsessed United States.

When Kawasaki enlarged its littlest Ninja from 250 to 300cc, it grew in power from 31 to 38 bhp. Honda appears to be following a similar path by re-designing the CBR's fairing for more angularity and aggression. The headlights mimic the 2013 Honda CBR1000RR, while the rest is very 2013 Honda CBR500R.