From Hollister to Manhattan — How Mainstream Media Impacts Motorcyclists 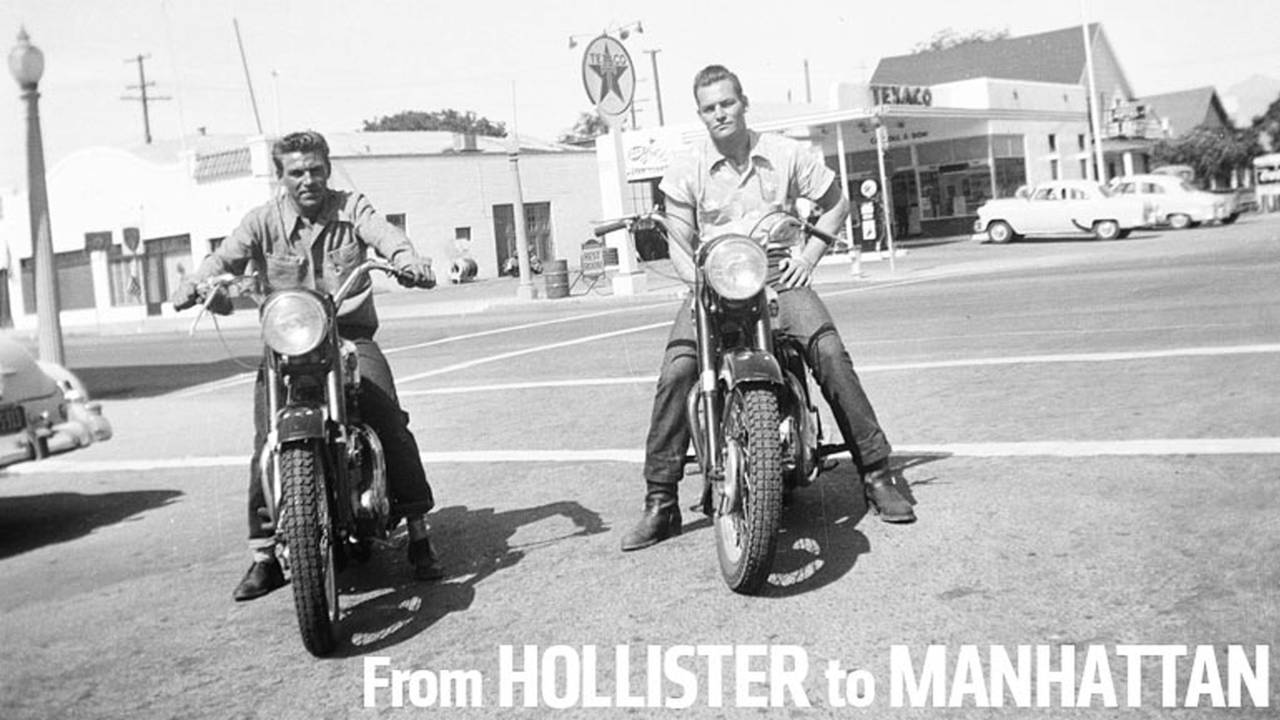 The media's role in the recent incident in New York is reminiscent of another time motorcyclists were vilified for one group's actions, Hollister.

Thanks to the stupidity of the recent events in New York involving a group of bikers and an SUV driver, the spotlight has been turned on all of us again within the motorcycle community in a negative way. It’s nothing new as it happened before and no doubt will happen again.

Like many of you I have watched the “NY Biker” videos, read the media hyped stories and am none the wiser as to what really happened that day. I wasn’t there and I don’t know any of the people involved. Perhaps in time, when things settle down, the actual truth about what happened in Manhattan that September Sunday will eventually come out. Or maybe everyone will be in litigation for the next ten years.

Aside from the shocking images and the resulting media hysteria and local politicians calling for a ban on all motorcycle gatherings, I am reminded this has all happened before many years ago on July 4, 1949 in the sleepy agricultural town of Hollister, California. That was when the stereotype of the big bad biker was first created. Not by the motorcyclists but by a media frenzy determined to generate sensational headlines about the menace of motorcyclists and the threat they posed to decent society.

I’m not drawing any correlation to the events either in New York or California all those years ago. Both were entirely different situations. But the resulting media outcry and backlash on motorcycle enthusiasts is exactly the same today.

Some of you may be too young to have heard of the Hollister Riots. But if you’re into bikes it’s important you know something of the history of why the media and the public regard us with suspicion and unease when they see a group of motorcycles riding into town together.

A group of former World War Two vets formed a motorcycle club in California called The Boozefighters. Their creed was to have some innocuous fun and cause a bit of mischief along the way. They claim to be the original motorcycle club and are still running today. Around 50 of them arrived in the sleepy agricultural town of Hollister in 1947 to celebrate Independence Day and to take part in the American Motorcycle Association’s Gypsy Tour Rally. They were joined by other riding clubs, which included the Pissed Off Bastards, the Market Street Commandos and the Galloping Goose Motorcycle Club.

They, along with several other thousand motorcycle enthusiast who came for the rally, drank in the town’s bars, had a couple of fist fights, raced up and down main street and were generally badly behaved.

Hollister had not anticipated the number of bikers that would arrive for the AMA’s Gypsy Tour Rally. There was nowhere in town for the bikers to stay so they passed out on residents’ lawns and slept on the sidewalk and in the parks. Respectable Hollister just wasn’t prepared. Nor was the seven-man Hollister police force, which went around trying to arrest as many drunken bikers as it could with little success.

Eyewitnesses said at the time: “"It's just one hell of a mess. The motorcyclists weren't doing anything bad, just riding up and down whooping and hollering; not really doing any harm at all.”

That would have been it except that a Life Magazine photographer called Barney Petersen was also in town for the rally and captured a photo of an alleged biker, sitting on a motorcycle surrounded by beer bottles. It’s an iconic image even today, albeit some say a staged one, as the rider was neither a member of the Boozefighter MC, or any other club, just a drunk man who stumbled out of bar and willingly had his picture taken.

But the media at the time seized upon it and wrote sensational headlines stating there had been a riot in Hollister, the town’s citizens had been terrorized and the bikers had taken over the town. It couldn’t have been further from the truth but the image of the outlaw boy biker was created that very day in California.

The San Francisco Chronicle started the media frenzy a few days after the weekend with greatly exaggerated stories under the titles of ‘Havoc in Hollister’ and ‘Hollister’s Bad Time’. Then Life Magazine waded in with its story that consisted of mainly just images including the photo of the drunk sitting on a Harley-Davidson under the banner headline: ‘Cyclists Holiday: He and Friends Terrorize the Town’.

The fallout was that all motorcyclists were branded as rogue and outlaws and the media said that bikers were hoodlums and warned the U.S. public to be on the look out for further rampages.

My point in all of this is: as a group of motorcycle enthusiasts we’ve inherited an image that has largely been created by the media. There are a few that like the bad boy name, but the majority of us want nothing to do with it and simply ask to be left alone to enjoy our bikes. The stupid incident in New York, regardless of who was right or wrong, did none of us any favors.