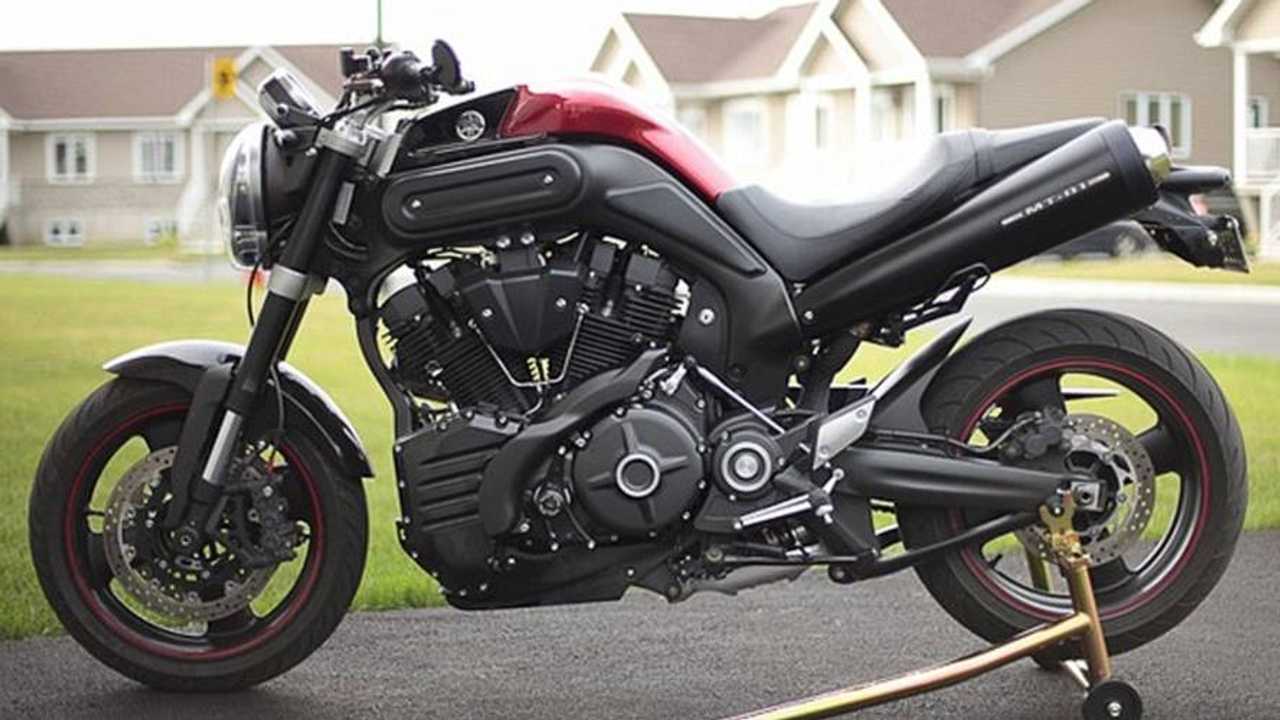 Real Rides: Gaby's MT-01The Yamaha MT-01 was never available in the US, but it's one amazing motorcycle in looks and design. This one belongs to...

The Yamaha MT-01 was never available in the US, but it's one amazing motorcycle in looks and design. This one belongs to Canadian reader Gaby, to whom it seems like the perfect bike after owning 10 bikes and trying something in the neighborhood of 30 others.

Gaby as a young kid, already addicted before he could ride.

Gaby first learned how to ride a motorcycle when he was 5 years on a Yamaha PW50 and says "From there I was hooked." He has a colorful history with motorcycles, has changed rides every year since he's had a license.

After the PW50, he got a Yamaha 80 Y-zinger. "My brother and I had a blast on that bike, I remember my father have to cut the frame in two to weld a reinforcing bar because we'd bent the frame. I think we were abusing it more than it was intended for."

Gaby was without a motorcycle for while until he turned 20, when he bought a Kawasaki KX250 which was "beat up, leaking oil like an old Bonneville and the engine barely lasted one summer but it was great fun."

Fast forward to after college and he had to "take all the necessary exams to get my motorcycle drivers' license." He bought a 2007 Kawasaki Versys 650 which "was a great bike, reliable, practical and had a punchy little engine" and then "I came upon a picture of the 2009 Triumph Speed Triple, and I knew I had to have one." He eventually got rid of the Speed Triple because "it made my IQ drop like a rock the minute I sat on it. You get used to the power and always want more…" He had "a lot of fun on that bike, but I was risking my life and license everyday."

From there he went to a 2010 Triumph Scrambler — the 60 horsepower was enough to keep him smiling and "it handled like a bicycle, sounded awesome with the arrow exhaust, and it kept up with most in the twisties. Gaby likes to say he has never regretted anything but "he does wish that he had kept that Scrambler." The following spring he went back to a sport bike, 2011 Yamaha FZ8-N and, he thought "he'd be reasonable with an i-4 engine." He quickly became just as reckless on the FZ8-N as he did on the Speed Triple which brings us to the MT-01.

He had "an eye out on the Yamaha MT-01" but when it was introduced into Canada it was over $20,000. Eventually he found a used one, a 2007 with 10,000km on it, in a province 8 to 9 hours away from him. "Being impulsive as I am, I talked with the seller over the phone to make sure was it was in good condition. I bought a plane ticket and then rode it back home without even seeing an MT-01 in person before."

The Yamaha MT-01 was introduced in 2005 as a 1670cc, V-twin, air-cooled, overhead-valve engine that boasts only 88 horsepower, but also 110 foot pounds of torque. At 580 pounds wet, it has a top of speed of 131 miles an hour. It was only was available in Australia, Europe, India and Canada until 2009 and is one beast of a motorcycle. The engine was modified from a Yamaha warrior XV1700 and the brakes and forks came from the Yamaha R1 of that time.

Why He Rides It

"Wow was I impressed" was his first reaction, "I was grinning ear to ear, I was just so thrilled and it exceeded my highest expectations by far!" He says the ergonomics are excellent with a comfy seat — "I could ride this thing all day long!"

He was originally worried that the 580 pounds of bike would cause poor handling but "once you get rolling the weight evaporates, now it doesn't handle like a SS 600, but its still very decent handling and she makes you work for it, which is quite refreshing."

He enjoys "the sporty-ish frame with the performance brakes" that's "peered by an air-cooled, pushrod, 1670cc v-twin engine, what more could you ask for?" Even though it has only 88bhp, "you have like 70% of the power at 2000rpm. Torque, torque, torque, is what this bike is all about."

"It feels like you're at the commands of a Spitfire plane because of its amazing sound and its very simple retro speedometer combined to the way the engine transmits it's very unique character."