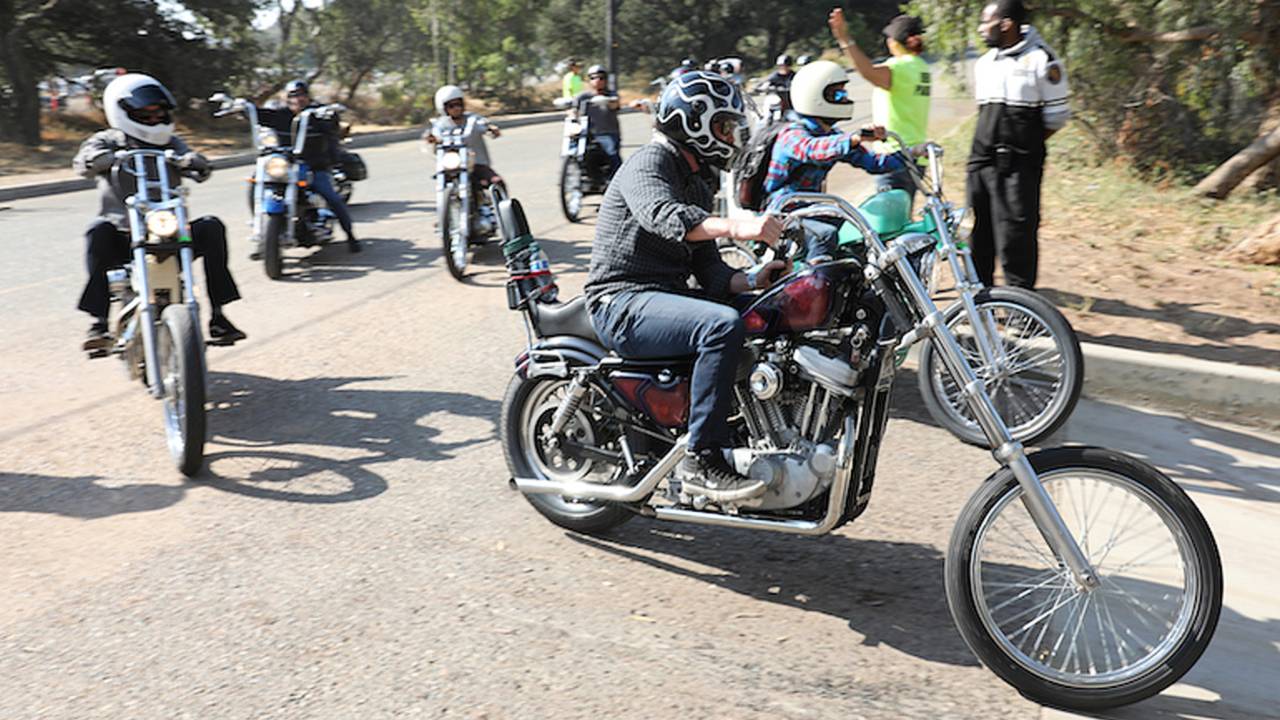 Born Free is home to a collection of the sexiest and weirdest builds in the chopper/cruiser scene. Take a look at all the gorgeous machines from 2017

Another hot summer, another Born Free motorcycle show. What? You’ve never heard of Born Free? Well, than you probably really hate anything to do with cruisers, choppers, vintage, or anything else that's awesome.

In its ninth year, Born Free has become one of the biggest custom motorcycle shows in the country. A multi-acre park in Southern California fills up every June with people and motorcycles: a giant gathering of vintage motorcycles and weirdo, hippie, over-engineered-for-the-sake-of-over-engineered choppers, bobbers, hardtails, and rubber-mounts.

Held this past weekend in Oak Canyon Park beside Irvine Lake, the show originally started in 2006 in a back-alley sort of way as an anti-corporate, for-the-people show – a rejection of the ultra-expensive Orange County Chopper-type builds that had saturated (and many say stagnated) the scene at the time. It’s since exploded into a celebration of motorcycles, bringing builders and attendees from across the globe.

Here are a few of the highlights from the show for me:

From afar every one of the invited builders' bikes are beautiful, but if you think they’re simple, you didn’t look close enough. Take for instance the bike pictured above: Martin Carlgren’s Husqvarna in the Harley frame (no, you read that right). Martin, of Ringo Chop Shop, apparently found a drawing from 1947 of a 1,000cc V-twin that was never completed. So he finished them. He machined almost every important part on the bike, using magnesium cases, rocker boxes, cam cover, and cylinders with steel lining, along with aluminum heads – all stuffed in a 1930 Harley VL frame. Martin won the Builder’s Choice Award, which scored him a paid trip to take his bike to Japan for the Yokohama Hot Rod Custom Show.

Dave Polgreen, with his black and orange Knucklehead won best in show.

Toshiyuki "Cheetah" Osawa received second place in the Invited builder category with his flathead tracker. He had some serious confidence racing his bike before the show, at the first annual Born Free Stampede flat track race at Costa Mesa Speedway.

Along with the invited builders and show bikes, Born Free has been doing amazing raffle bikes. This year, they had two—one custom and one restored. Max Schaaf won the Knucklehead and Engineered to Slide from Australia won the Panhead.

There was so much sexy metal at this year's show I kind of lost track and forgot to be as studious in my note-taking as perhaps I should have been. Ah well. In a way, that's what Born Free is all about. Don't worry about the tedious details, just drink in the incredible craftsmanship demonstrated by the builders: