The Thiverval is One Seriously Epic XDiavel Concept 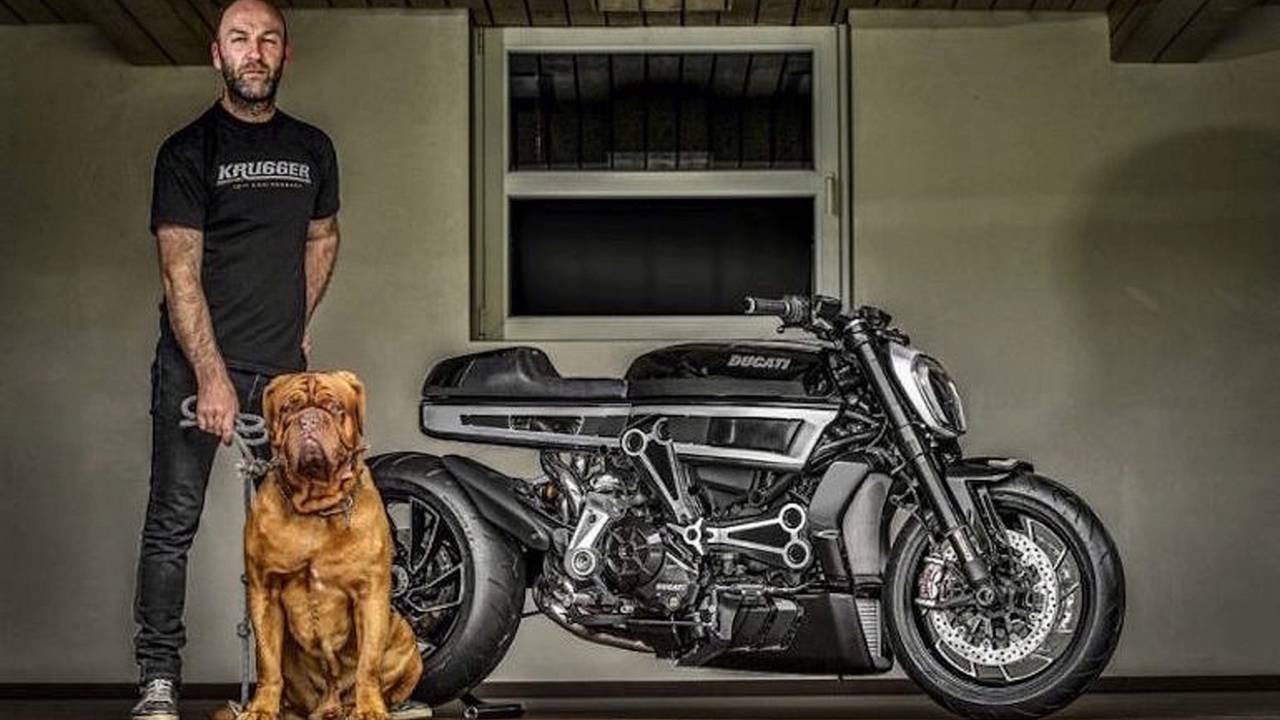 At the 2017 Bikers’ Classic in Belgium, Belgian custom bike builder Fred "Krugger" Bertrand unveiled a new XDiavel custom/concept called the Thiverval. Named for a small racetrack just outside of Paris, France, the latest Krugger-built machine is a heavily modified one-off custom that nonetheless retains much of the XDiavel’s DNA.

To start, Krugger came up with a new design that would leave the power plant in full view while cleaning up and hiding the trellis frame by replacing the visible criss-crossing trellis sections with clean horizontal tubes for the custom tank and tail sit on. As a result the Thiverval has more simple lines that undoubtedly work in tandem with the rest of the build. From there a custom belly pan was created and the tail section - which is by far my favorite part of this bike - was completely redone. A cafe racer-esque seat features the classic hump with what appears to be a removable solo-cowl cover. A new one-off LED taillight was installed above the under tail dual exhaust.

Krugger also tidied up the front end, losing everything but the stock headlight which was simply fitted into new housing in front of the custom tank. Said tank is boxier than the stock offering, though it still has round edges while utilizing the same areas for the machine’s intakes. The tank works wonderfully with the bike's tail section, and together they make up the new, more linear shape of the bike.

The final product is a streamlined version of the XDiavel with lines that are more simple but somehow more aggressive looking at the same time. The alteration of the frame, the shape of the seat, and the dual exhaust under the tail all deliver a much cleaner shape without any protruding parts. Lots of heavily modified cruisers tend to go a little overboard but are still identifiable as custom cruisers, whereas the Thiverval could easily pass for an elite production bike.

Just looking at the Thiverval, Ducati is likely beyond content with it as it demonstrates the Diavel's awesome potential for customization. Krugger's work leaves it pretty clear as to why Ducati would opt to have him show-off the potential of one of their best selling machines, especially after he produced a one-off street tracker version of their Scrambler that was unveiled at the recent Wheels and Waves event in France. Krugger previously won two of the extremely coveted AMD Custom Bike Building World Championships.

In a custom motorcycle world that’s oversaturated with builders it can be hard to generate something that truly sets itself apart from the crowd, but Krugger has done just that. This is one Fred Krugger who’s handiwork is always welcome to invade my dreams. You can check out some of his epic creations HERE on Krugger’s website.