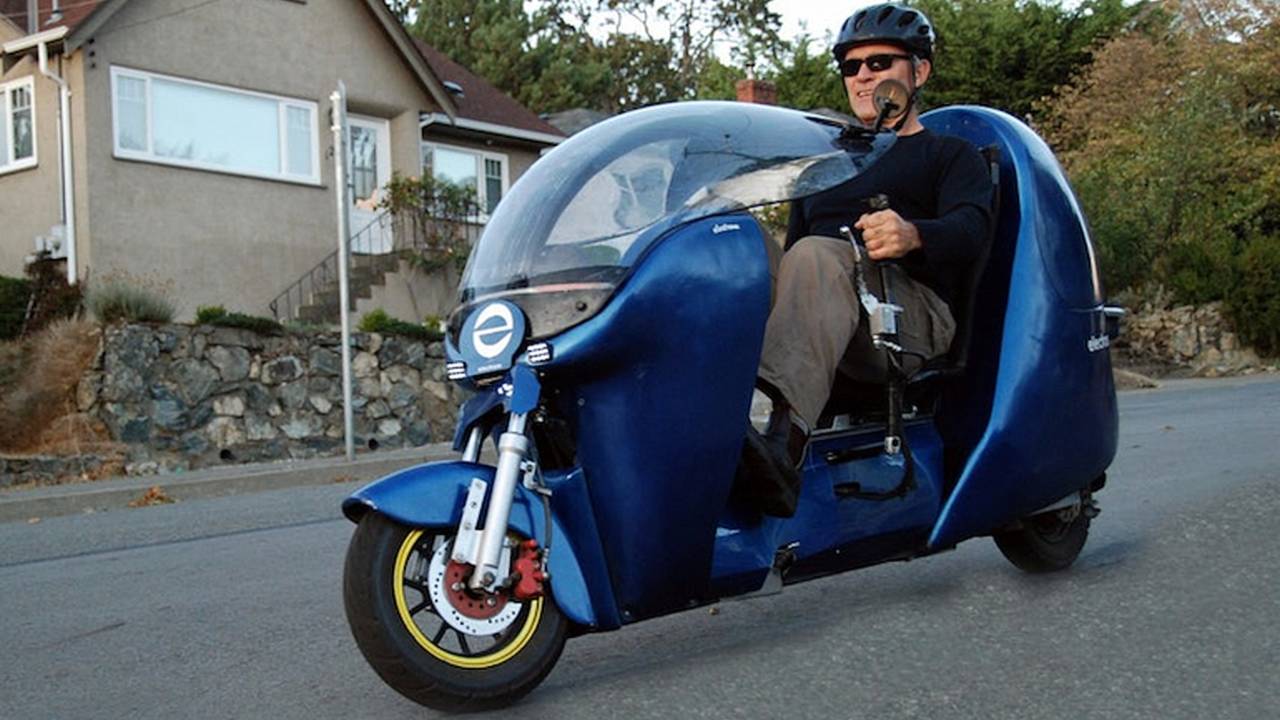 A garage-built Canadian streamliner may signal things to come in the electric bicycle market.

Electric bicycles, scooters, and motorcycles are becoming extremely popular. So popular, in fact, that some tinkerers and gearheads are cutting out the middleman and building their own electric contraptions. One such builder is Fabrizio Cross, and his creation sure is something.

Cross, who hails from British Columbia, began work on his electric-assist bicycle 20 years ago. The former bike shop owner hoped to get more people on bicycles that would have greater range with less effort. His fourth prototype, featured recently on newatlas.com, is the Electrom – a bike that combines pedal power with a generator and a 500-watt hub motor.

Cross has logged 2500 miles on the Electrom in the past 18 months, commuting, hauling groceries, and sometimes carrying passengers on the rear seat. The light electric vehicle (LEV) employs a 72V/20Ah battery which provides range of about 50 miles given sufficient pedaling. Below 6 mph the rear wheel is powered by chain from the pedal crank; at higher speeds the chain freewheels and continued leg power goes directly to the generator. Canadian law restricts electric-assist bicycles to a top speed of 20 mph.

Some observers have questioned the need for streamlining on a low-speed vehicle, and the proximity of the large windscreen to the rider’s throat. In addition, the combination of small wheels and long wheelbase have prompted questions on overall agility and ease of operation. On the plus side, the machine presents a prominent visual presence in traffic.

Currently, the Electrom prototype is made of various lightweight materials like Kevlar, fiberglass, carbon fiber, and plywood. Should the bike reach production, which Cross hopes to achieve with a crowdfunding campaign in the spring next year, it will likely have more sophisticated components.

"The production frame will be made of aluminum and possibly carbon fiber," Cross said. "I used the materials I did for the prototype because I was able to work with them in my garage. I come from a long line of mechanics/inventors. My father ran a country mechanics shop and built many innovative things to help the farm function. Watching him made me understand that it is possible for anyone to build something new, they just need the idea, time and materials."

Given a successful funding campaign, Cross foresees a production version as a partially-assembled kit for about $8,000, or less depending on sales volume