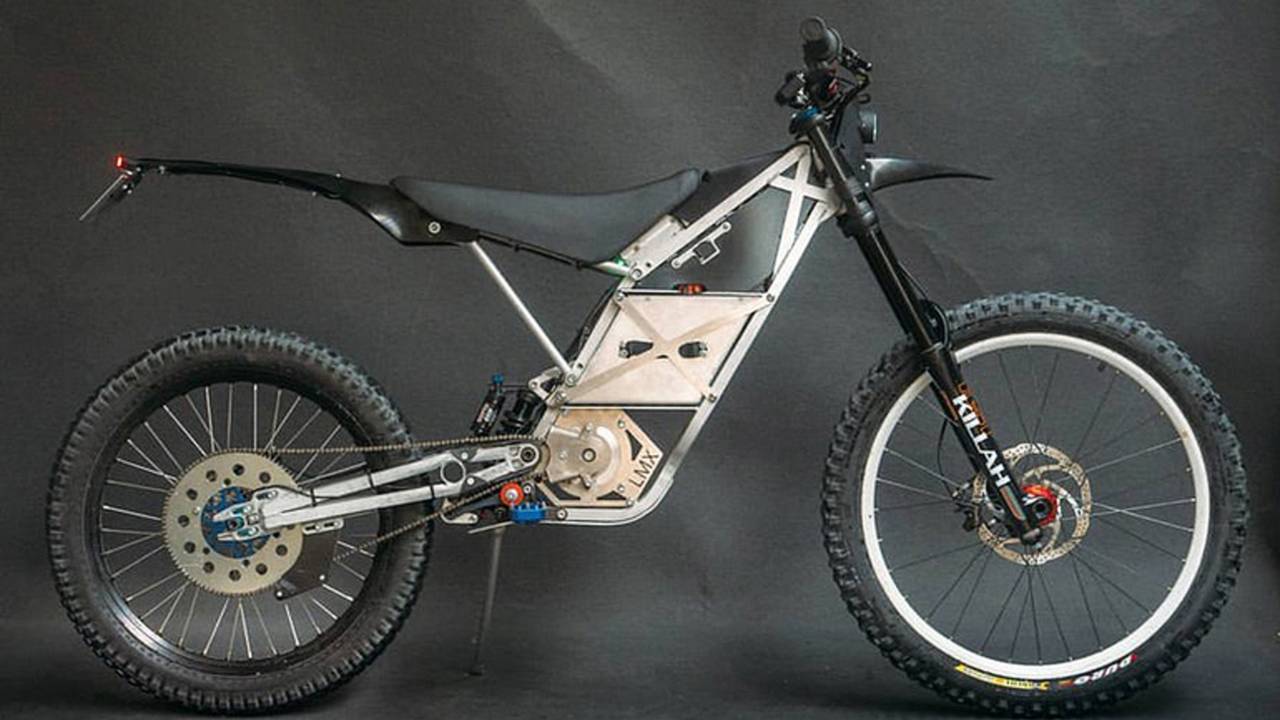 Electric drive systems are gaining a lot of traction in the off-road/dirt bike market. They're also very quickly becoming A Thing in bicycle circles if our recent spate of articles about electric bicycles and bicycle-like vehicles is anything to go by. What about a hybrid of the two, though? Well, it seems that a pair of young Frenchmen built such a thing, and it's pretty remarkable.

LMX Bikes was founded in 2014 by Adam Mercier and Lucas Suteau to design and build lightweight, high-powered free ride electric bikes. Previous models were essentially hand-built one-offs or very low production models with fewer than 50 bikes built. The company's new bike, the extremely rad 161-H, is the culmination of years of hard work and development.

Designed primarily for off-road use, the 161-H is built on an ultra-lightweight aluminum 6061 frame. The front suspension is a set of high-end RST Killah Coil RC mountain bike forks, and the rear is a DNM RCP2 monoshock. The brakes, also mountain bike parts, are TRP Zurich disc brake units with 203mm rotors fore and aft. The wheels are a mix of mountain bike and motorcycle parts, with a 26-inch downhill wheel at the front and a 19-inch motorcycle wheel out back to put the power down.

Speaking of power, the bike's power plant is a zingy brushless DC electric motor equipped with a Kelly controller, a regenerative braking system, and a pretty stout Samsung battery (insert your own Galaxy Note 7 jokes here). There are two riding modes – Eco and Boost – that put down three or eight kilowatts respectively and a pretty decent 221.3 pound-feet of torque. LMX says that with that setup, the 161-H can easily tackle inclines up to 45-degrees. The whole package – frame, motor, suspension, etc. – weighs in at just shy of 100 pounds, a pretty amazing feat of engineering.

The bike comes standard with a 600-watt charger, which charges the battery completely in three hours. A full battery is good for 40 miles or about two hours of hard off-road riding in Eco mode. While this doesn't sound like much, the battery is hot-swappable (as I mentioned above) and super easy to change. Just pull a spent battery out, slap a new one in, and voila! There's even an optional pedal pack that clips on to the bike's foot peg mounts for those times when manual drive is required.

Since it was unveiled at the beginning of 2017, LMX has built a handful of 161-H models. They are currently running a crowdfunding campaign to raise enough money for homologation, which is required to get the bike road-legal.

If you'd like to know more, check out the video below to see the 161-H in action.