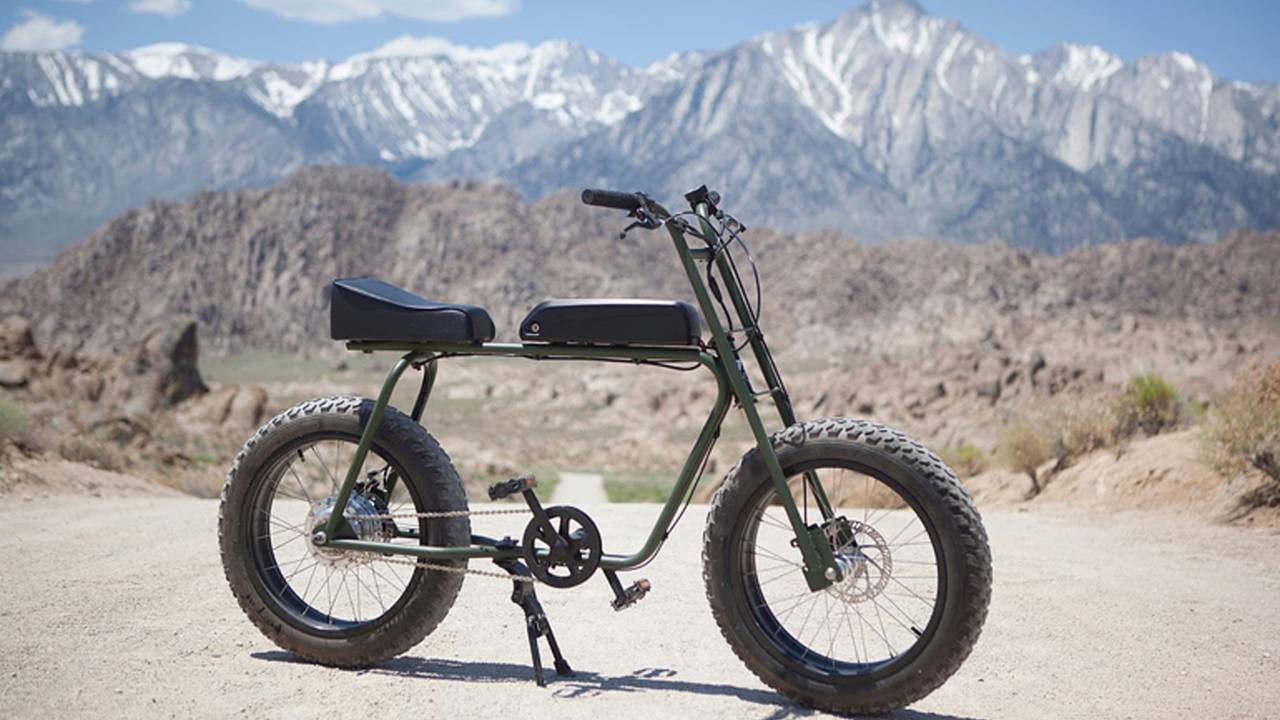 Everyone has their own preference for auxiliary transport for track days, races, camping, and such. Most of us stow a bicycle, scooter, or mini-bike for the easiest and quickest way to get around the area, with convenience the key factor in our choice of two-wheeled utility. Alongside the trusty bicycle in America's pits and campgrounds, thousands of Honda Z50s and Trail 90s are still providing faithful service around the world.

Now Lithium Cycles, a startup company in Tustin, California, has combined key elements of the bicycle, mini-bike, and scooter in an electric called the Super 73 Scout. The retro-style bike is powered by a 500-watt rear hub motor, has mechanical disc brakes, and 4 X 20-inch fat knobby tires on alloy rims. The standard model lists a range of 20 miles and top speed of 18 mph. The Rose Ave. model, with a larger lithium-ion battery, is reportedly good for 40 miles and 20 mph. Both models have a three to five-hour charge time from a standard wall socket.

The Rose Ave. – named for a street in Venice, CA. – sports a luggage rack and lights, which add two pounds to the Scout’s 50-pound weight. Both models have a load capacity of 275 pounds, three levels of pedal assist, and seat height of 30 inches. Peak power for the Scout is 800 watts, while Rose’s 48V/14.5 Ah motor pumps out 1050. An LED panel displays speed, mileage, and battery level.

Lithium is now taking preorders on both models with introductory prices for a limited time. The Scout, with an MSRP of $1299, is offered at $995 until August, 10, 2017. The limited edition Rose Ave., which lists for $1699, is posted for $1395 with the same deadline. Both models are expected to start shipping December 1.

With its blend of practicality and whimsy, and the growing popularity of the beach cruiser style for full-scale electric bicycles, the Scout may introduce a new trend in the eBike market. Lithium says that no special license or registration is required, which means that the Scout will not be street legal in most areas, and its use restricted to bicycle lanes. State traffic regulations will likely soon be reconsidered to cover the variety of electrics reaching the market.