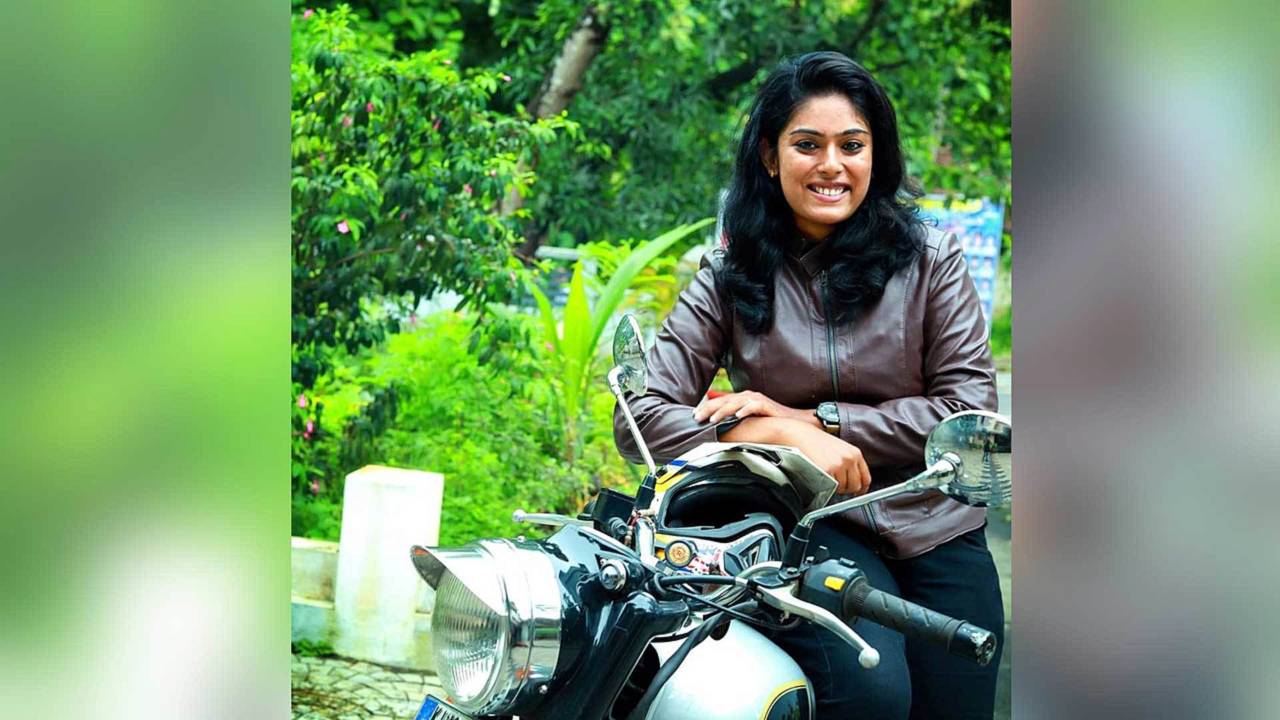 Akhitha M D quit her job as a software engineer in India to pursue her life-long dream—becoming a professional motorcycle stunt rider.

What do you think of when you think stunt riders? Smoking GSXR's ridden by enormous dudes with tattoos and barrel sized biceps? While that is common among stunters, it's not a given. Some, in fact, are women. Today women are everywhere on motorcycles riding to work, riding around the world, and even stunting. Yes, stunting.

SO: Ask a Girl: Bravery is More than Skin Deep

Meet Ahkitha MD of Bengerluru, India. She is a member of a very small club— women stunt riders of India. That's not a real club, I just made it up. It should be, though. There are, as you might imagine, very few women stunting in India. That didn't stop Ahkitha from going out on the street and risking life and limb by putting her bikes into situations they weren't necessarily designed for.

"I used to watch stunt vidoes on youtube, I badly wanted to do stunts on my motorcycle too."

She asked her dad if he would buy her a motorcycle, he refused, but encouraged her to save money and buy own bike later. Through college and engineering school, Akhitha kept the motorcycle dream alive and always thought about stunting.  After graduation, her fortunes improved with a full-time position at Infosys, a huge Indian computer engineering firm in Mysuru. Now gainfully employed, her father helped her obtain a Bajaj Pulsar 180.

Once she was settled in, she learned and practiced in empty parking lots, behind the post office, anywhere she could. She earned the usual cuts, scrapes, and occasional broken bones, but that never deterred her. When Akhitha told her family she planned to go professional with stunt riding they were, well, they responded how you might imagine any parent responding to news that their daughter wanted to quit her job and take up moto-hooliganism full time.

"They had the shock of their life, they had this misconception that stunts were for miscreants and thugs."

Akitha improved and understood that expert instruction was the way to success. Online, she found the facebook group called Legendary Stunts and contacted the founder, Shadab, to arrange instruction. Shadab, impressed by her enthusiasm, invited her to the group and helped her improve her burnouts, wheelies, stoppies, and all manner of crazy stunts.

Nowadays, Akhitha has a full life both on and off the track. She is pursuing a masters degree at Kochi college while nursing the bumps, cracked bones, small surgeries and, of course, damage to her bike. Mostly, Akhitha M D is simply breaking down barriers, making new friends, and enjoying a very rad life.