Travis Pastrana is not only a modern day Knievel, he also remembers fetching his icon a beer when he was twelve.

Some call Travis Pastrana “The Modern Day Evel Knievel”. Travis like Evel is a daredevil but I would venture to say that if we created some sort of mathematical equivalent we would find that Pastrana also has a modern day amount of talent and guts. On Monday, members of the press were invited by Nitro Circus and Indian Motorcycle to see the testing area where Pastrana will prepare for his jumps over the next weeks. 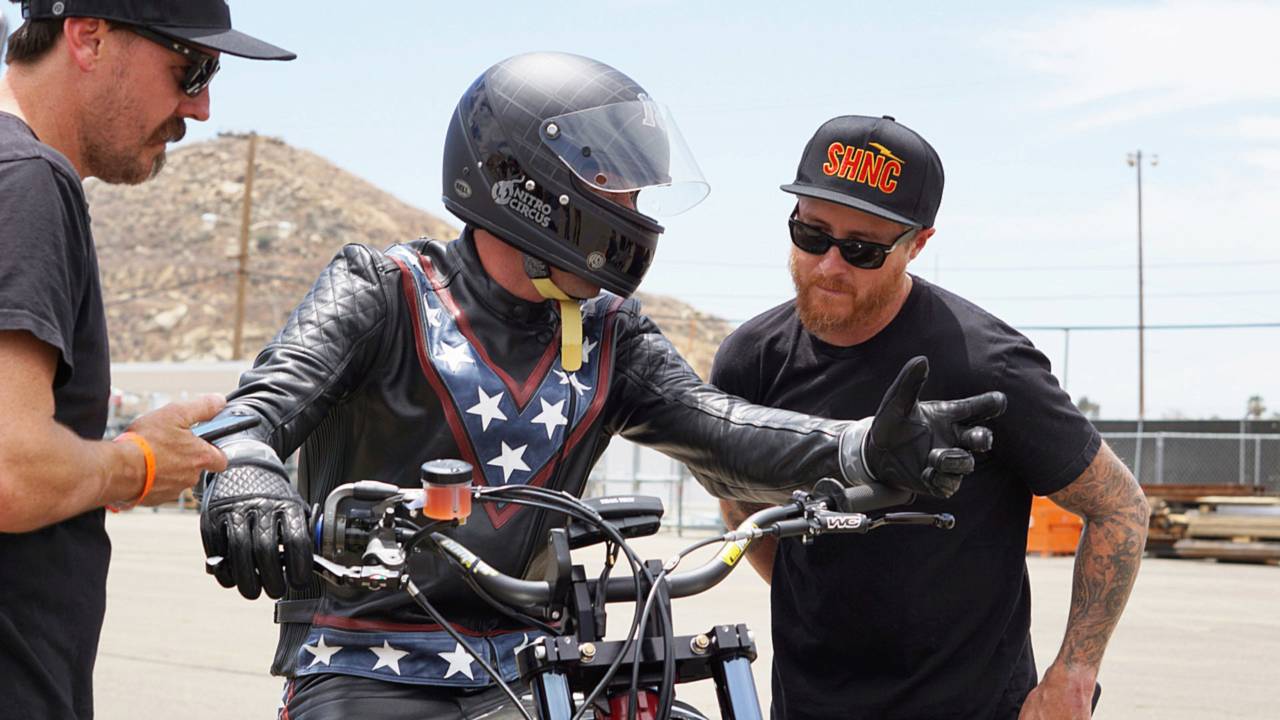 Pastrana talks to Sands about the bike after doing a couple speed runs.

At the beginning of the day Pastrana shared with us a story about being twelve years old having just won his first supercross and meeting Evel while Evel was judging a Hawaiian Tropic competition. Pastrana remembers Evel saying something along the lines of “yeah hey kid” and asked him to get him a beer. He did, (through his very excited dad) and ended up with that amazing story. He said that he hoped he would end up that way someday but personally I think he’ll be doing much cooler/classier things than judging a bikini contest.

YOU SHOULD CHECK OUT: America's Greatest Daredevil: Evel Knievel

On July 8th the History Channel will debut a live, three-hour broadcast during which Pastrana will perform three iconic Evel jumps. He’ll start in the parking lot behind Planet Hollywood where he will jump about 145 feet in a parabolic curve over 18 cars. His weapon of choice? A modified Indian Motorcycle Scout FTR750. With the Indian being heavy and sent over a ramp that’s just about 6 feet tall, the jump will be more in a straight line, in true Evel style it definitely won’t look like a normal motocross jump. Next he will recreate the bus jump, this time over 16 greyhound buses or 155 feet (Knievel only cleared 14 buses). After these two jumps Pastrana and the Nitro crew will have a police escort take them through Vegas (all on live feed) to the final jump location, the fountains at Caesars Palace. Pastrana said this is one of his favorite Knievel jumps just because of the visual. We know it will not disappoint. 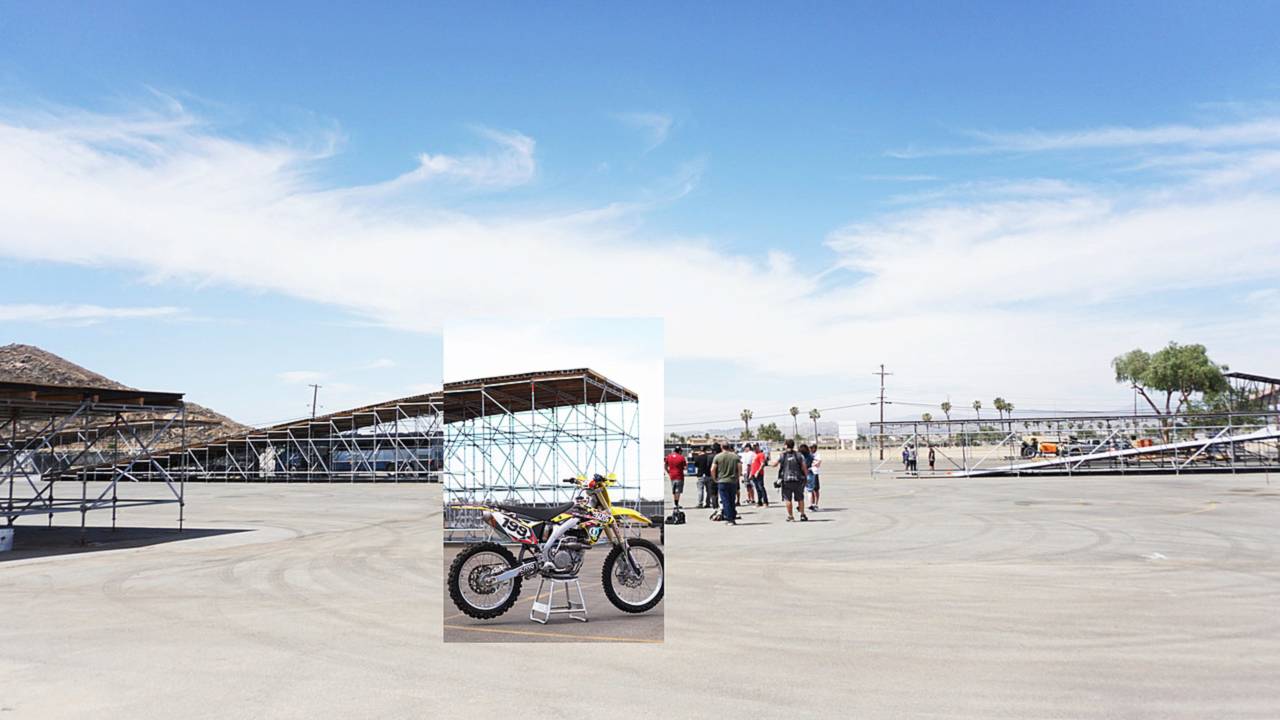 The Indian FTR750 Flat-Tracker he is going to jump on is pretty fun to watch in action, especially when piloted by him. These are the same bikes being raced right now in the American Flat Track Series except with some small modifications by Roland Sands including some higher gearing for a more smooth gain in speed. They even talked about potentially starting in second to eliminate the possibility of hitting neutral accidentally which is an issue with these bikes. It’s a V-twin and similar to the XR750 that Knievel jumped on, except it has about twice as much power. The bike weighs about 100 pounds more than the usual bikes Pastrana is jumping but he will have a week to practice and get a feel for the bike and then a week of downtime before the actual jump during which he hopefully doesn’t lose all his muscle memory.

They are getting creative about runway and landing and attempting to give him as much space as possible which in Vegas is difficult, including having him start the fountain jump with his rear tire literally touching the wall of a bar. He is also jumping in the opposite direction of the jump Evel did because of the buildings and changes that have happened in Vegas since the original jump. 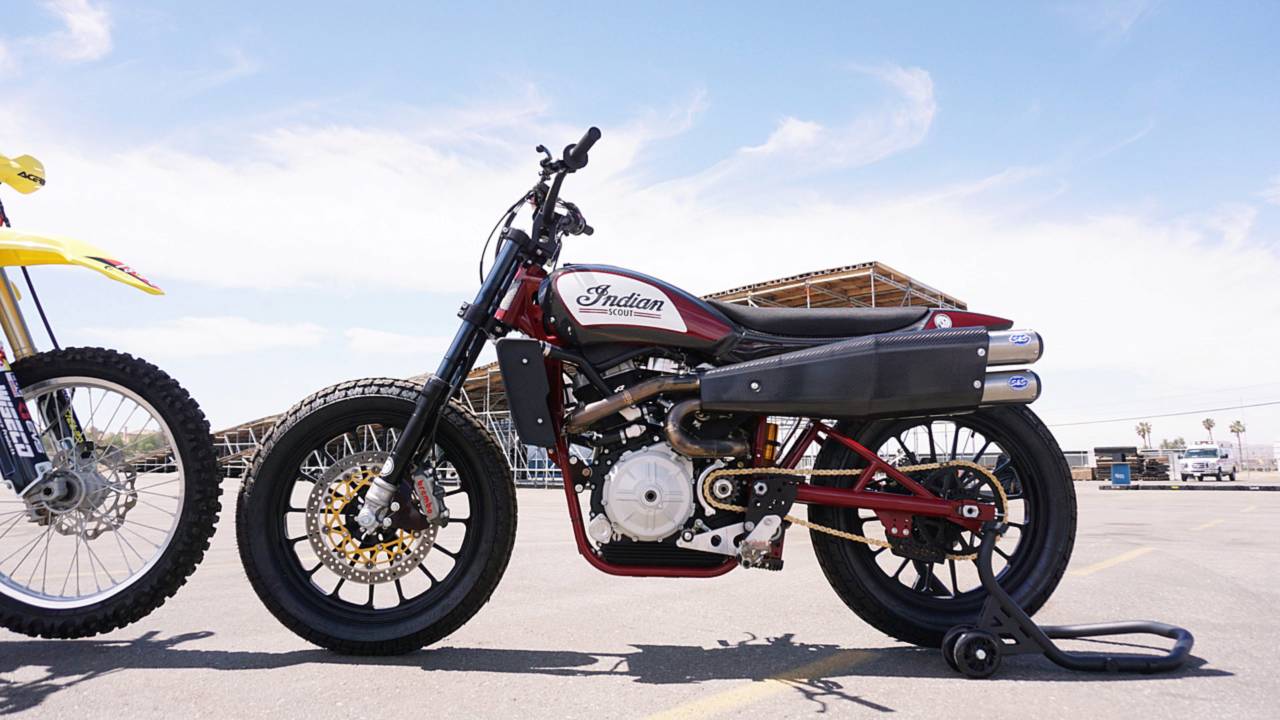 The Indian FTR750 modified by Roland Sands that Pastrana plans to jump.

I got a chance to talk to Pastrana and asked him what his most “iconic” Evel jump was. He told me the story of when Evel arrived at Wembley stadium, he saw that the bike and jump location were not ready and he knew that the jump would go wrong. He saw all the fans gathered there and said that he was still going to do it since he had brought them all there to see it.

The important part of the story for Pastrana was that he was a man of his word and a true showman. Knievel ended up crashing in the exact way that he had predicted but I found it poignant that this was the most iconic to Pastrana, because there was something special about him. 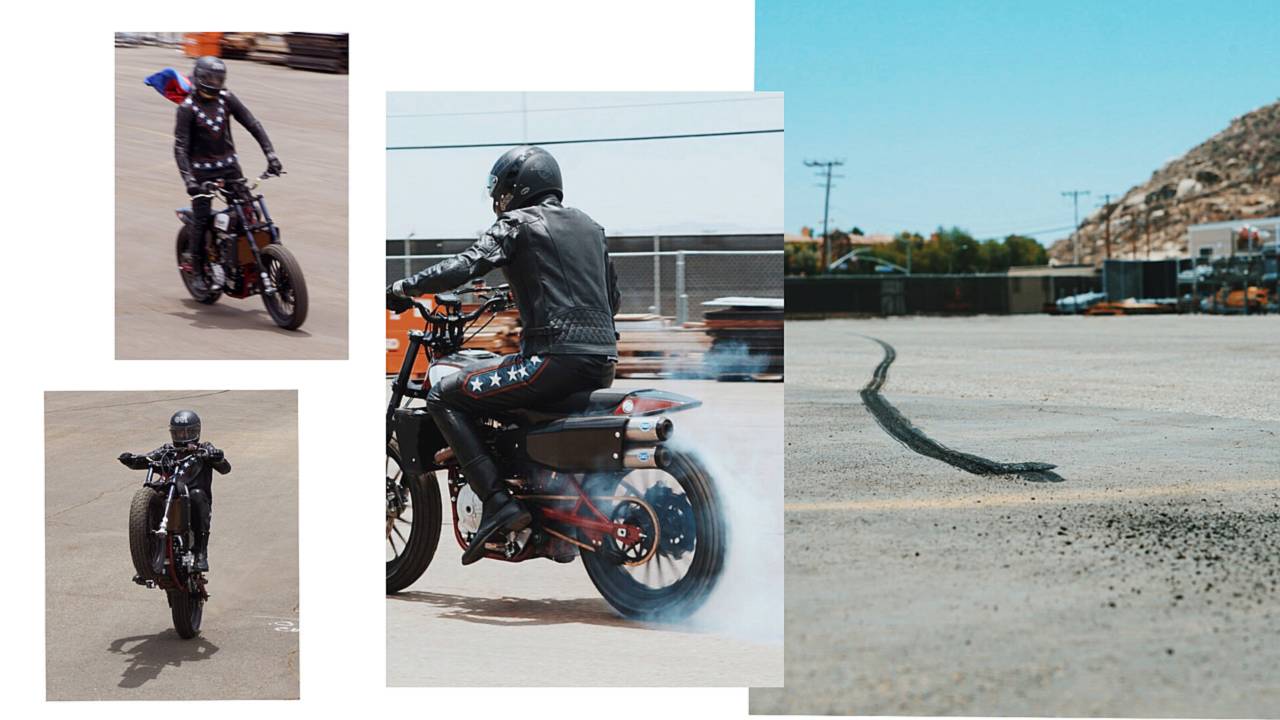 A true showman, Pastrana doing some speed runs, wheelies and burnouts for the journalists.

When you actually get to chat with him for a moment, you see that he is a man of integrity, he really listens and looks you in the eyes when he talks to you (another journalist and I shared this sentiment with each other) and he isn’t doing it out of falseness or trying to get us to write nice things about him. Once he got on the Indian you could see the showman side of Pastrana come out. Even though there were about 20 photographers shooting him, he gave everyone something special. He could feel a camera on him and would immediately do something rad or give a big goofy-handsome smile. There’s no mistaking that he’s a a performer, and I don’t think there is any question why he is great at what he does or why he does it. I found myself smiling from ear to ear for the entire time that he was on the bike just watching him rip it around trying to give everyone photo ops. The man’s a bringer of smiles and you can tell he loves doing it. 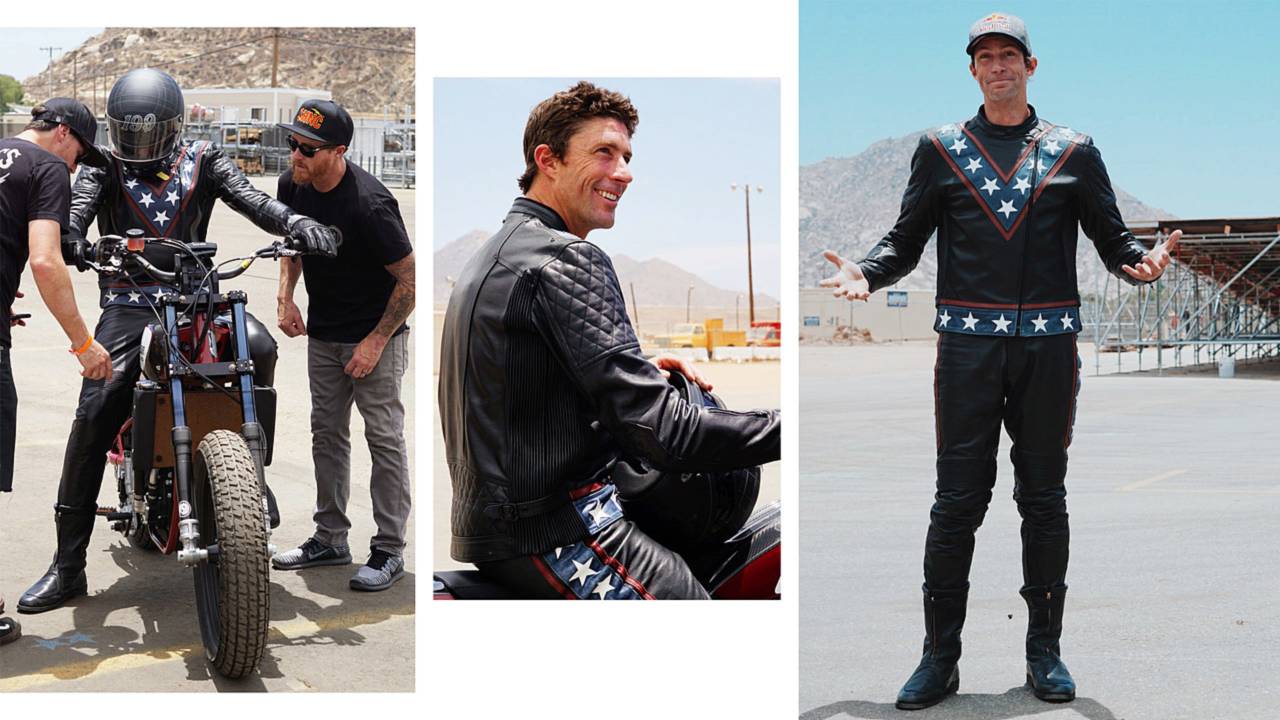 All in a period correct custom warm up leathers, Pastrana told us that day of he will definitely be wearing "heeled dress boots" so the day-of costume promises to be amazing.

YOU MIGHT ALSO ENJOY: Motorcyclist Plans to Jump 426 Feet at Talladega

By: Jessie Gentry
++
Got a tip for us? Email: tips@rideapart.com