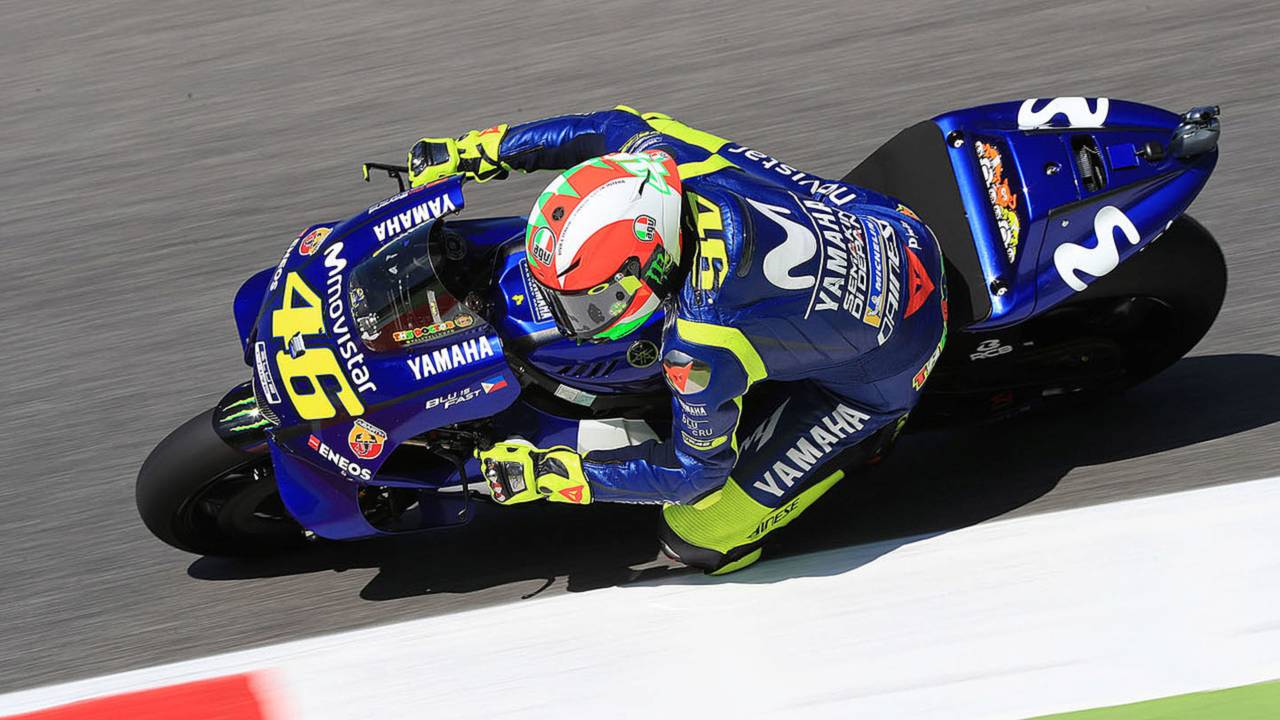 The Yamaha factory rider demoted long-time leader Marc Marquez at the end of the session during the first practice of MotoGP's Barcelona round.

Honda's Marquez had an early pace advantage compared to his rivals as he took the lead with his first flyer, and maintained a significant gap with a couple of improvements.

He led by nearly a second with his 1m39.882s, which remained the benchmark until the final minute of the session.

Rossi eventually surpassed the Spaniard as he improved with only a few seconds left on the clock with a 1m39.456s, using fresh soft tyres on the front and rear of his YZR-M1.

Marquez did not improve at the end and was also demoted by Andrea Dovizioso and Lorenzo, the Ducati factory teammates separated by one thousandth of a second in second and third.

Johann Zarco was half a tenth slower than Marquez in fifth, followed by fellow Yamaha rider Maverick Vinales.

Crutchlow ended up seventh ahead of Avintia Ducati's Tito Rabat and Iannone, whose progress was halted by a crash at Turn 10.

Iannone was the first rider to fall but others followed suit late on with Franco Morbidelli and Karel Abraham both crashing at Turn 2.

Jack Miller also had an incident as he tried to pass Bradley Smith into Turn 5 but ended up touching the Briton's KTM and falling - the Australian visibly frustrated with Smith after the incident.

Wildcard Mika Kallio was the fastest KTM in 15th, beating Pol Espargaro, who was 18th, by less than a tenth.

Suzuki wildcard Sylvain Guintoli ended the session 24th, only ahead of Tom Luthi and Abraham.