In prestigious competitions such as F1 and MotoGP, the helmets have been a way for racers to show their personalities. None have been quite as colorful and, let’s admit it, as hilarious as Valentino Rossi’s collection. If there’s one thing Rossi showed through his helmet designs, is that the guy can make a joke. For the Italian Republic Day however, Rossi went full on patriotic. 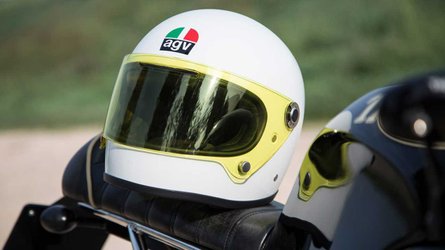 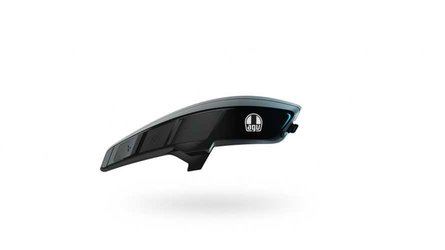 Forget the the expressive eyes at the back of the head or the head-gripping hands in a gesture of apparent disbelief; Rossi put humor aside and unveiled his new Italian-themed helmet for the 2018 Italian Grand Prix at Mugello on June 3rd, seemingly inspired by Italy’s Republic Day celebrated on the previous day—the equivalent of July 4th on this side of the pond.

Sporting the new AGV Pista GP R helmet painted in a very Italian color scheme designed by the very Italian Aldo Drudi, Rossi has given patriotism his own twist. A Rossi helmet wouldn’t be complete without neon colors anyway. The green, white and red flag has been given a modern, almost pop art twist with a minimalist take on the racer’s legendary “soleluna” design.

On the top of the helmet, in case the flag wasn’t patriotic enough, the inscription “Viva l’Italia… L’Italia tutta intera” (Long live Italy… all of Italy) refers to the lyrics of an Italian hymn by signer Francesco de Gregori from 1979. A multicolored number 46 crowns the word “ITA” spelled in big bright letters. Did I mention Rossi is Italian?

Finally, a sentimental touch: the number 58 at the base of the skull to commemorate fellow GP racer Marco Simoncelli who died in a racing accident at the Malaysian Grand Prix in 2011. The “tiffosi” looking to ride in style with a Valentino Rossi helmet will have to wait until March 2019 to get their hands on the $1,600 lid.