The latest in a line of big surprises from DevTech, the E1 Elasticycle delivers huge performance in a small, sleek package

Growth in the electric bike market continues apace. Companies like Zero and Alta Motors are out there constantly pushing the technology envelope and producing fantastic and exciting bikes while traditional marques like Harley-Davidson, Honda, and Royal Enfield are scrambling to get competitive electric bikes to market. Meanwhile, high-tech electric scooters from the likes of Kymco, Gogoro, BMW, 22Motors, Vespa, and more are taking Europe and Asia by storm. Not to be left behind in this brave new electric world, many non-traditional, non-motorsport companies are throwing their hats in the electric bike ring. The latest company to do so is Municiberg-based telecom giant DevTech, which just unveiled the incredible new E1 Elasticycle. 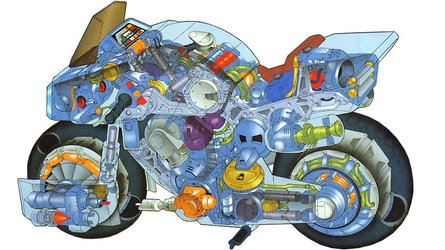 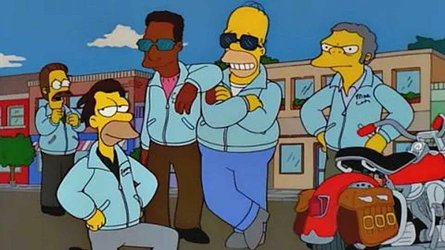 Conceived by DevTech lead designer Evelyn Deavor, the E1 was developed as part of the company's campaign to bring superheroes out of the underground and make their existence legal again. It was designed specifically for Elastigirl—the Flexible Flyer herself—who was made the face of DevTech's campaign after her recent reappearance. So what makes the Elasticycle so special? Ms. Deavor was kind enough to send over a spec sheet for the bike and let me tell you friends, it's something else. 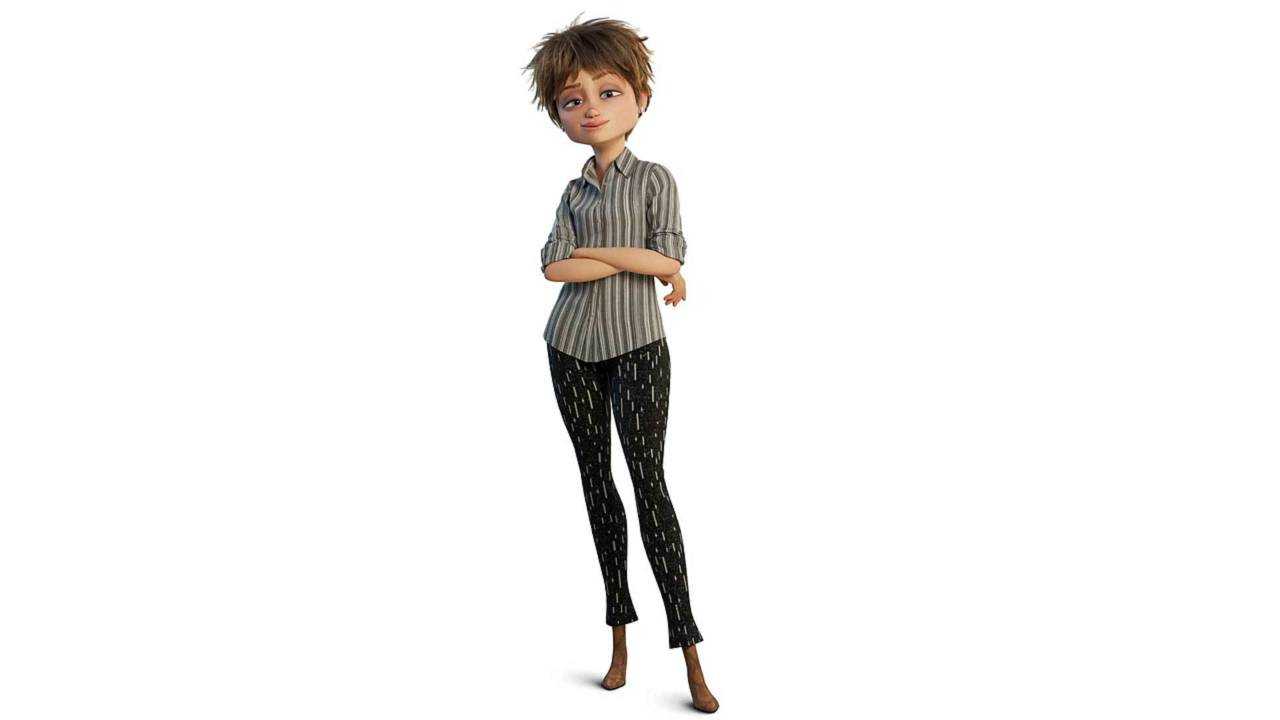 At the E1's heart is DevTech's proprietary, high-output, oil-cooled E-motor and a next-gen lithium-sulfur (Li-S) battery complete with manganese dioxide nanosheet. The powertrain produces 140 horsepower and an eye-watering 150 ft-lb of torque. All that power gets to the ground via an ingenious, high-performance magnetic coupling drive that transfers power to the wheels with little or no parasitic load sapping the motor's output. DevTech claims that the Elasticycle has a max range of 150 miles with an unspecified power reserve, a top speed of 155 miles per hour, and a 0-to-60 time of around three seconds. Most impressive. 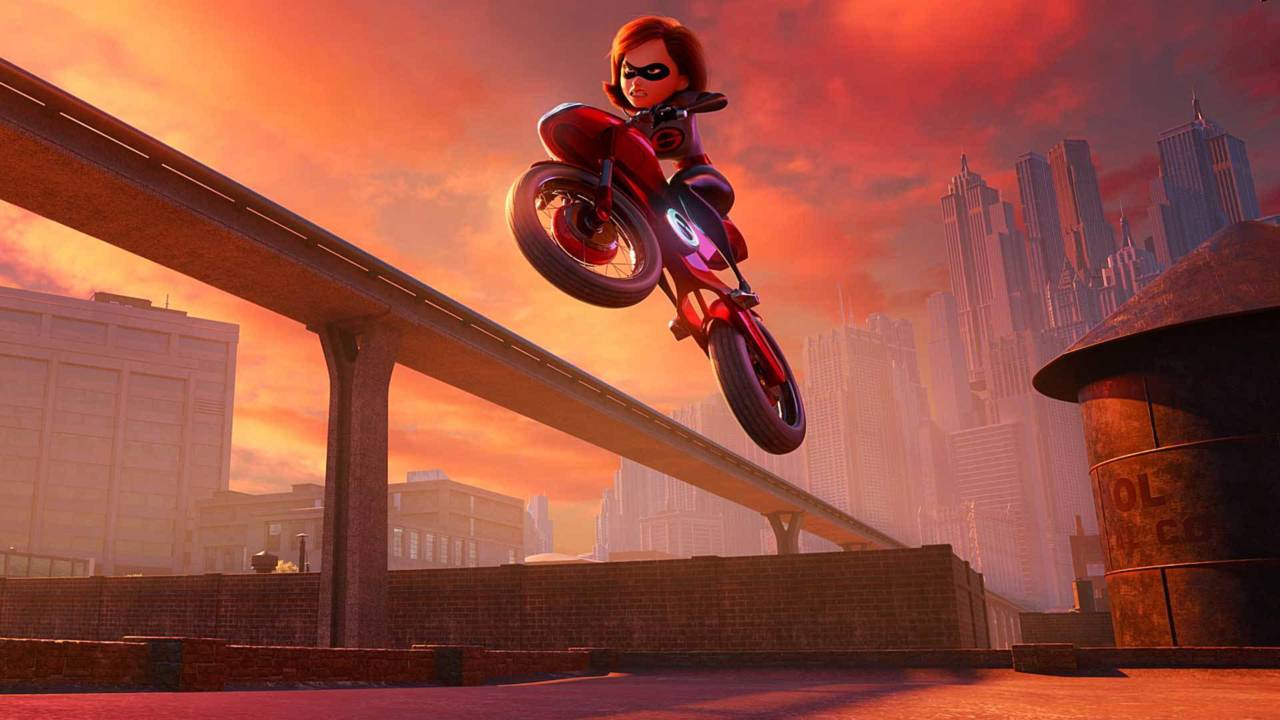 A spy shot of the Elasticycle undergoing testing with Elastigirl herself at the helm.

Suspension consists of a fully-adjustable Öhlins monoshock springing a traditional swingarm out back, and up front is a pair of heavily altered Showa gas cartridge forks with adjustable spring preload, compression, and rebound damping. The laced wheels are made of lightweight carbon fiber and magnesium to reduce unsprung weight and improve the bike's already impressive maneuverability. Brakes are ABS-equipped four-piston Brembos with carbon fiber composite rotors, more than enough to haul the bike down from speed. Ride-by-wire controls keep everything in line, and all systems are fully digitally integrated. A low-profile, multi-function touchscreen controls the bike's infotainment system and provides the rider with up to the second information—speed, Gs, revs, charge, various onboard system statuses, etc. 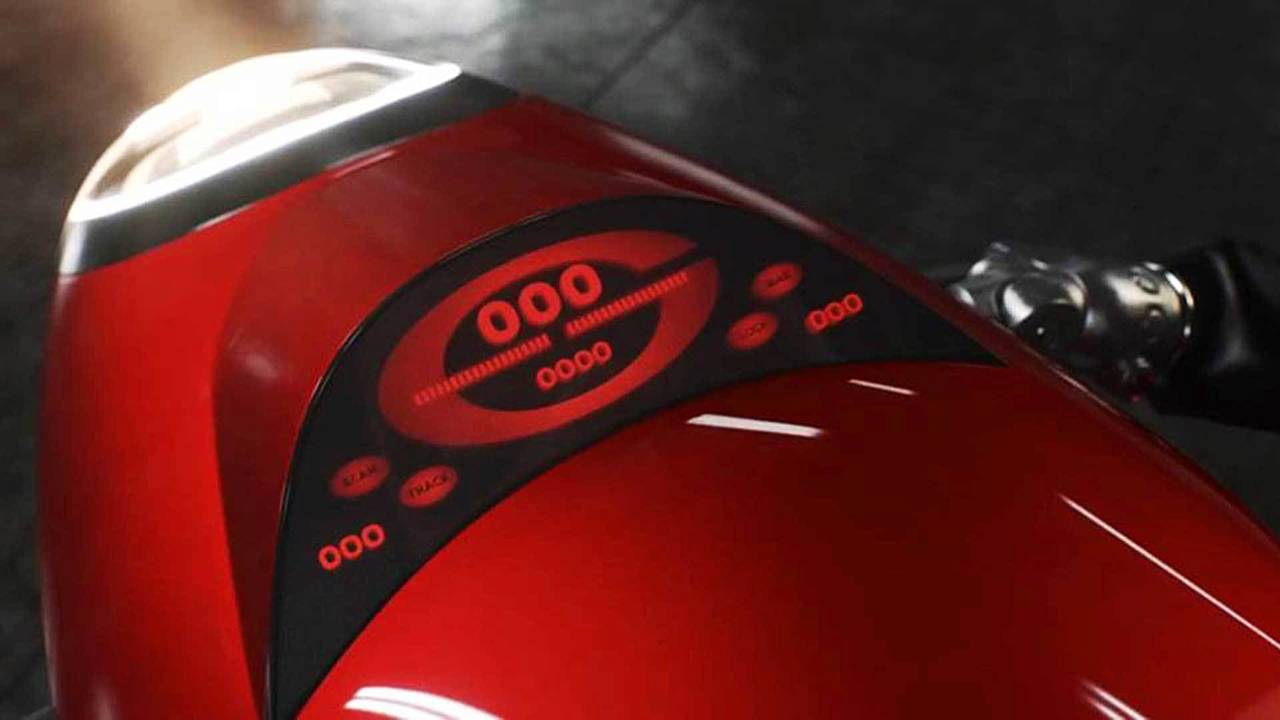 The Elasticycle's multi-function display is the heart of the bike's infotainment system.

All of this techno-wizardry is held together in a carbon fiber and magnesium alloy monocoque that's both very light and extremely rigid. The bike's profile is low and slim with a pronounced cafe racer style—especially in the lines of the seat and rear cowl. The clip-on style handlebars and magnesium alloy rearsets make for an aggressive riding style and improve overall aerodynamics. A front fairing—which also houses the powerful, multi-spectrum LED headlight and small, recessed turn signals—provides a surprising amount of protection from the wind and adds to the bike's cafe styling. The whole package, battery and all, weighs in at a svelte 335 pounds. That's what we like to call a favorable power to weight ratio.

Since the Elasticycle was built for Elastigirl, it possesses a few features designed specifically for her rather unique needs. The frame is split just forward of the swingarm pivot and is held together with a powerful electromagnetic clamp. When the bike's halves are separated Elastigirl herself becomes a stressed member of the frame and, by using her body-stretching superpowers, she can maneuver the bike in ways that are impossible for more mundane vehicles. The bike also comes, according to an anonymous source, with a high-powered, military-style comms suite complete with long-range radio and powerful encryption. Lastly, the large oval Elastigirl symbols on the bike's flanks serve more than a cosmetic function—they display the amount charge left in the battery at a glance by changing color. 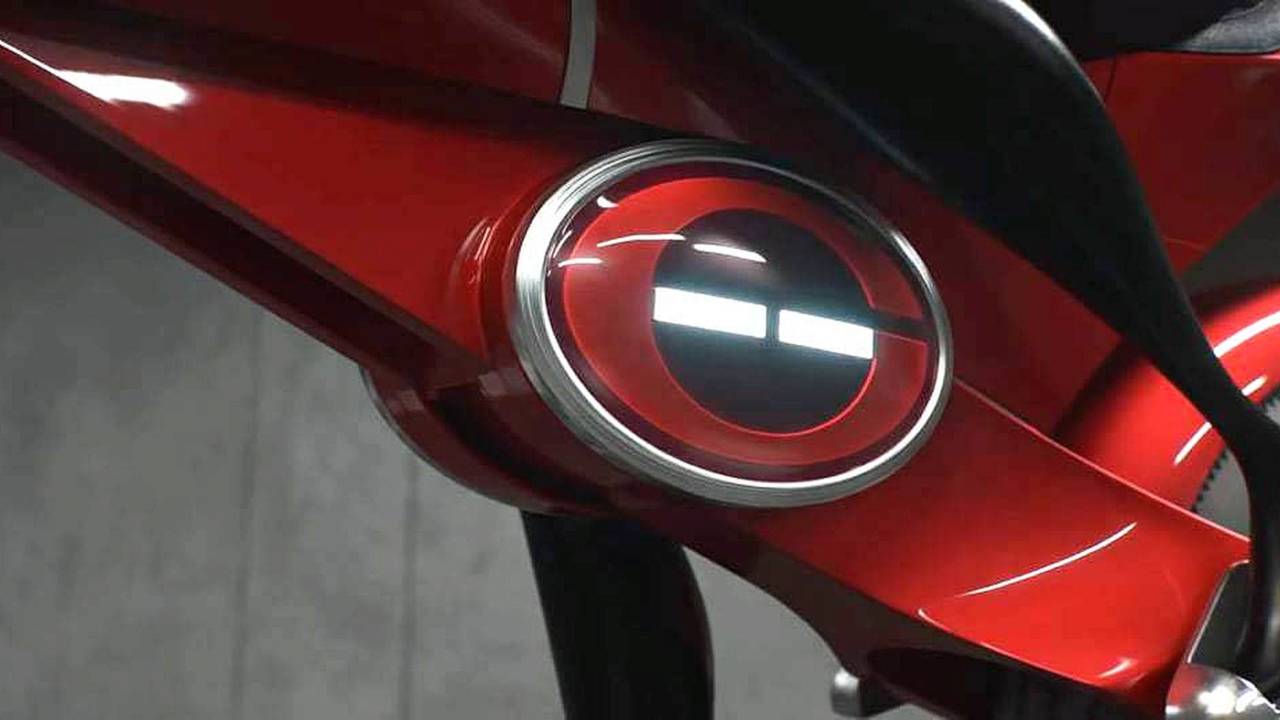 Form and function make the Elasticycle stand out from its competitors.

Just sitting still the E1 looks incredibly fast. The fit and finish are astounding, and the mix of in-house technology and industry-leading parts suppliers in the bike's construction suggest that DevTech may be ready for prime time sooner than anyone expected. Sadly, the company says it has no plans to put the E1 Elasticycle into production anytime soon. Hopefully though, if all goes well with DevTech's campaign to legalize supers, the company will change its mind and bring the Elasticycle to market. Who knows? With a little luck and an E1 in our garage, we could all be super.