The Barber Vintage Motorsports Museum. The largest motorcycle museum in the world, it features over 1400 impeccably restored motorcycles and cars.

Nestled in the woods among the rolling hills of Birmingham and Leeds, Alabama is the Barber Vintage Motorsports Museum. The largest motorcycle museum in the world, it features over 1,400 impeccably restored motorcycles and cars. The collection is mind-boggling in its diversity—from wooden steam-powered motorcycles to the most modern racers, the museum is a heaven of dream machines.

During this year's Barber Vintage Motorcycle festival and AHRMA race, I had the unique opportunity to wander around the museum after hours and snap some photos of just a small number of the 600-plus bikes currently on display.

The Louvre For Motorcycles

The curators of the Barber Vintage Motorsports Museum have made incredible efforts to restore its unbelievable collection of machines to their original specifications. Certain aficionados may observe that some of the motorcycles on display are not exactly "correct." For instance, some machines bear period modifications. With so diverse a collection, some inconsistencies are inevitable, yet the museum restoration staff continuously add to their research library to discover and correct such inconsistencies. 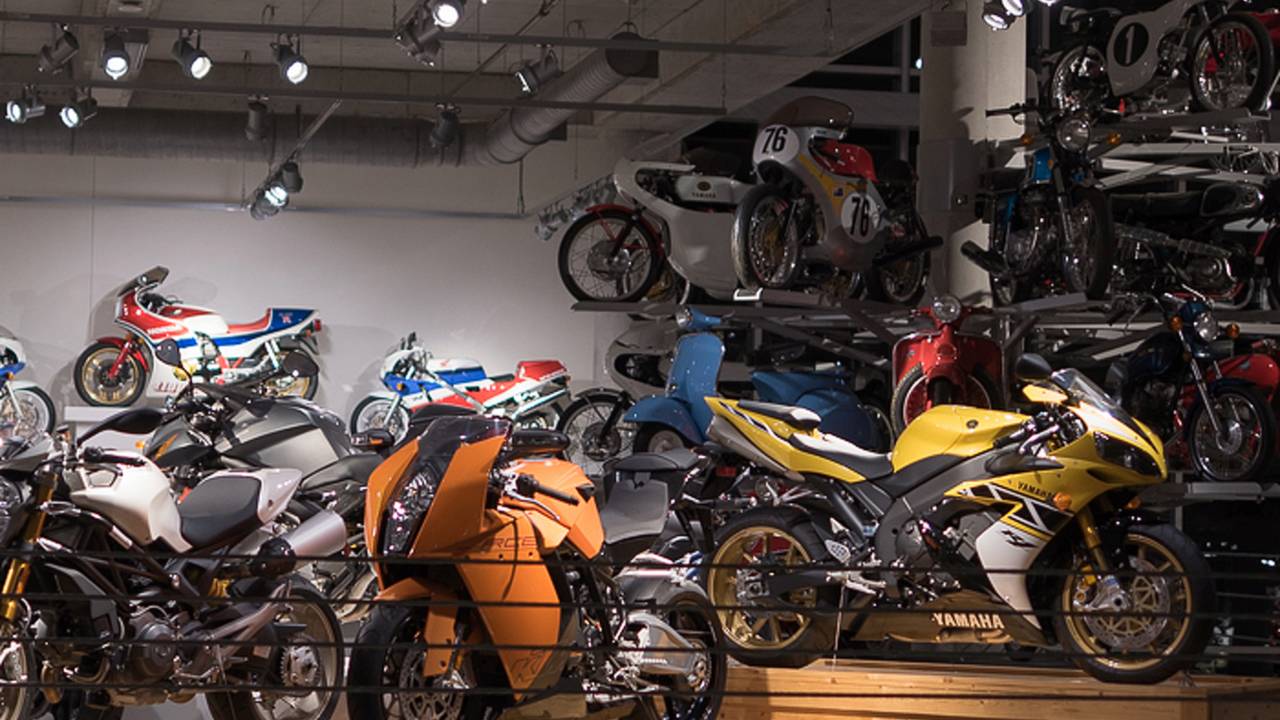 It's not all antiques, as shown by this gaggle of high-tech sportbikes.

Since 1900, there have been over 2,500 bike manufacturers around the world. The Barber Vintage Motosports Museum has purchased from as far away as Australia, New Zealand and Sweden; they also locate items as close as Birmingham. The Museum has 216 different manufacturers represented from 20 different countries. 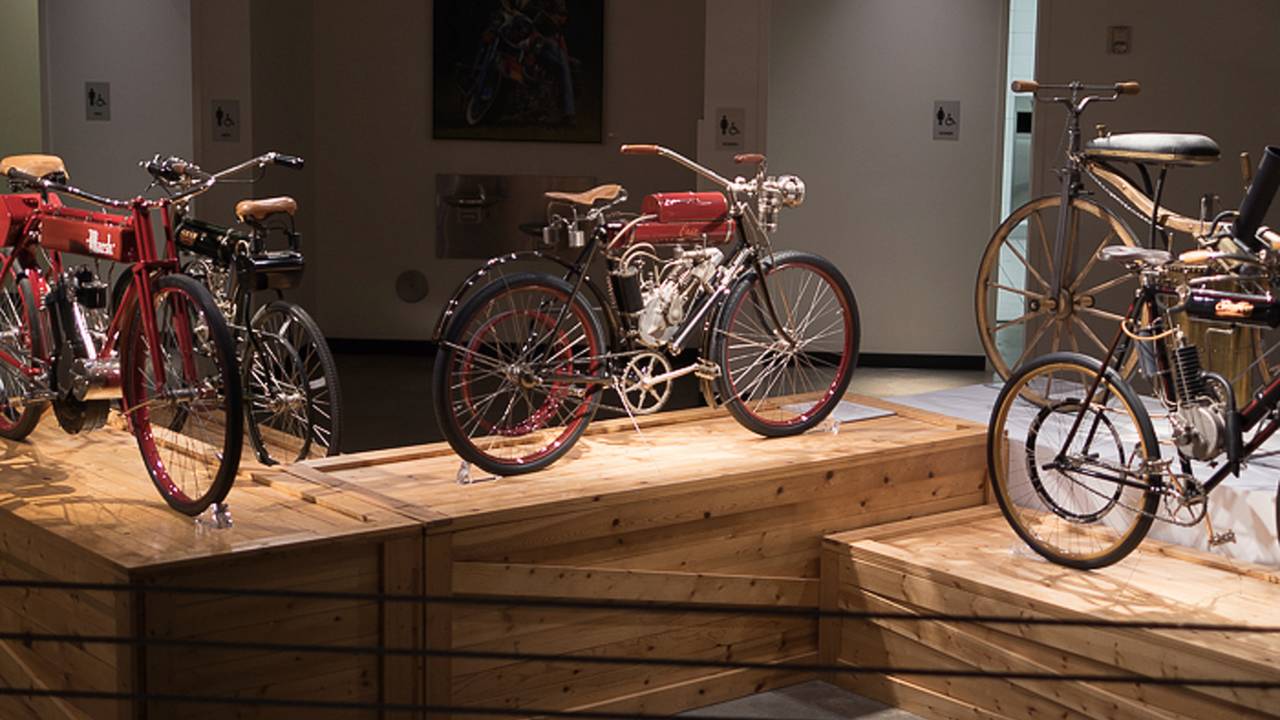 The very first motorcycles were little more than powered bicycles.

IN A: Camarillo's hidden motorcycle collection

What's most remarkable is that the museum claims that 99 percent of all bikes in the museum can be run within one hour. The only machines that do not run are the wood and unattainable replicas.

Enjoy some of the bikes I was able to photograph, and whatever you do, make the trip there to see the place for yourself. For more information about The Barber Vintage Motosports Museum check out their website at barbermuseum.org 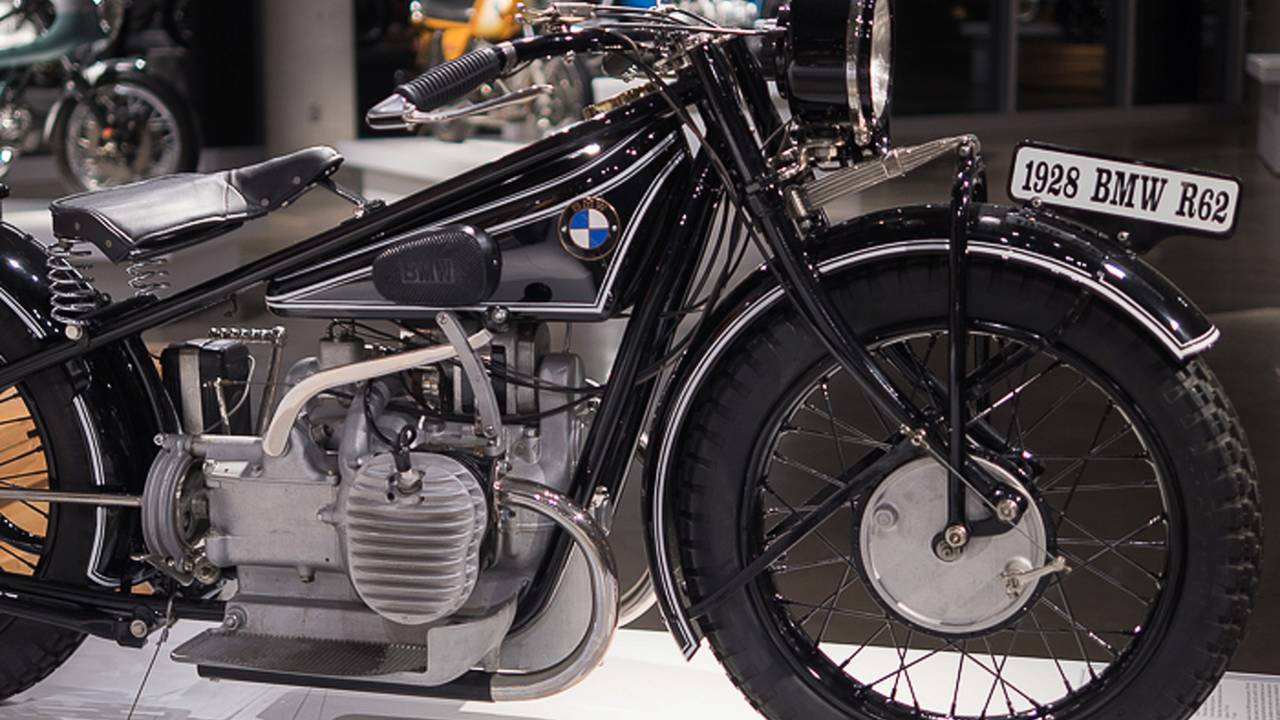 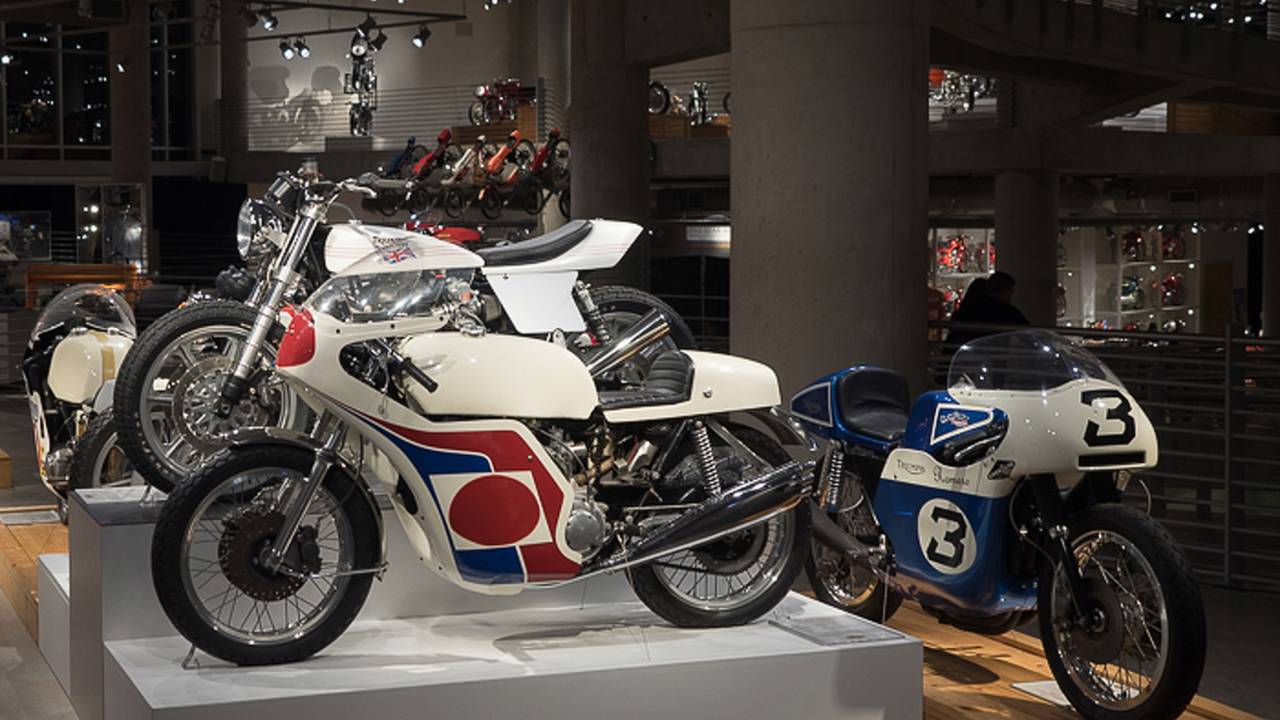 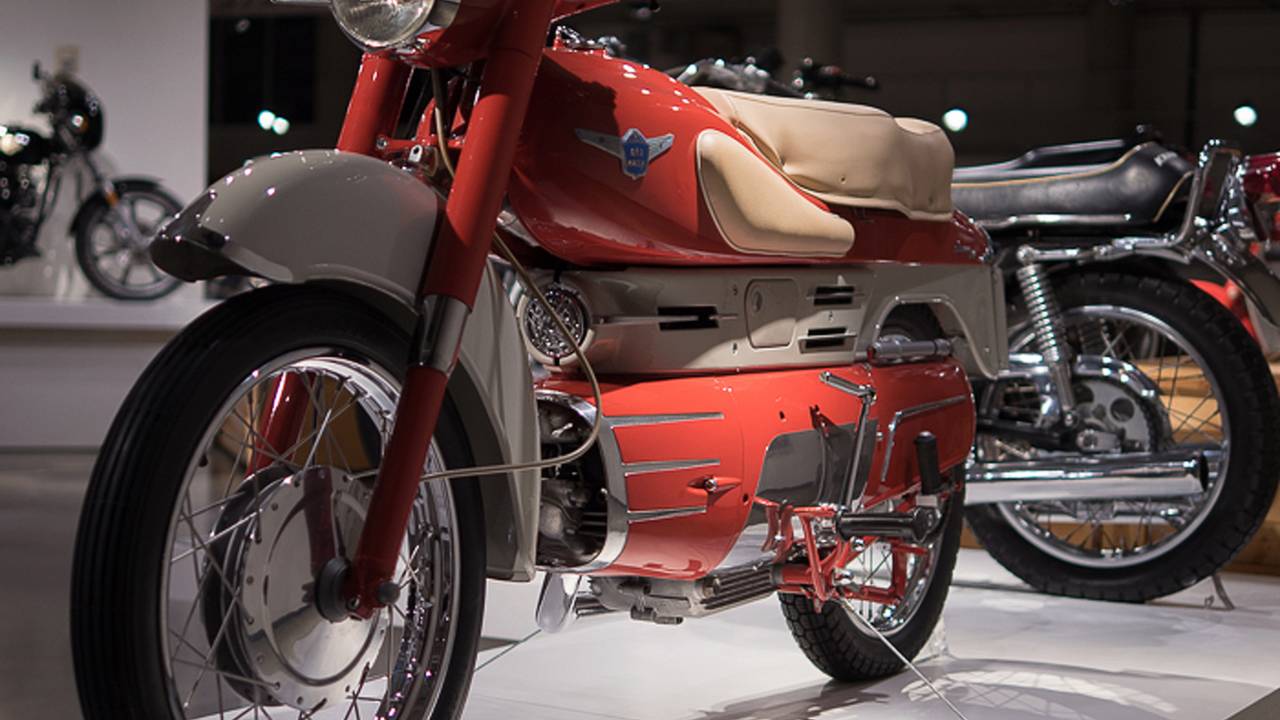 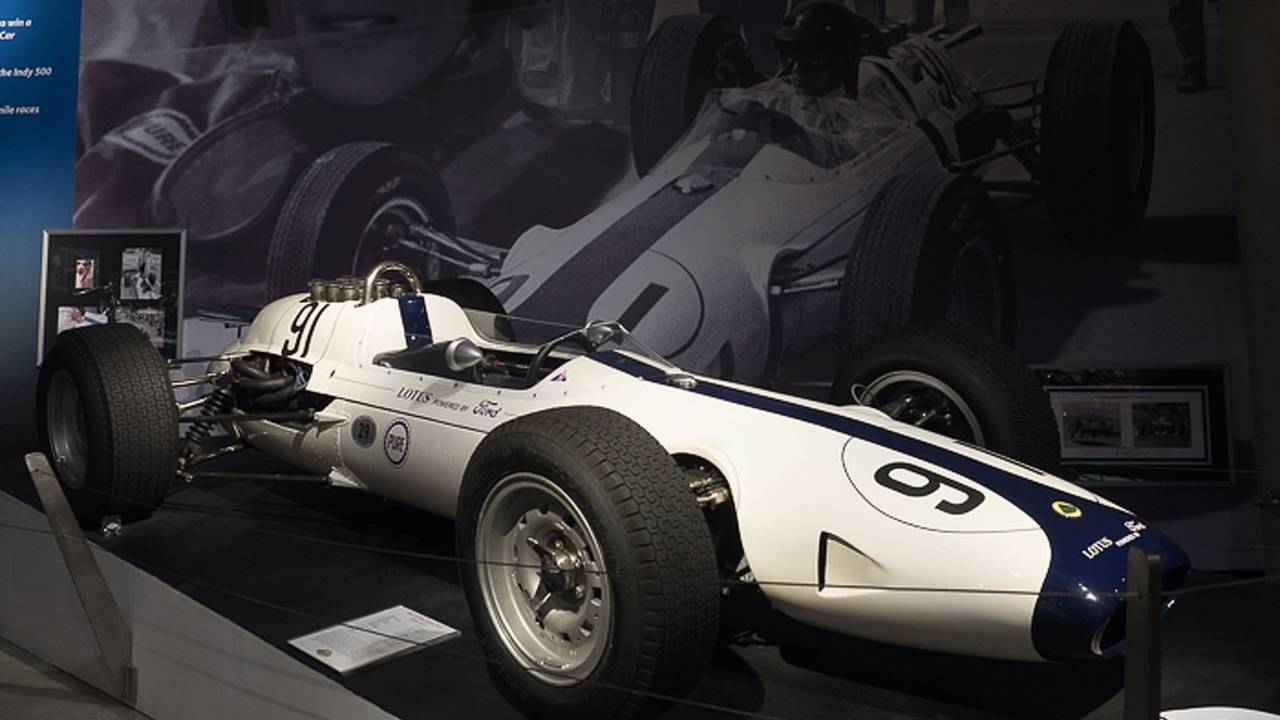 There are four-wheeled racers too, if you're into that sort of thing. 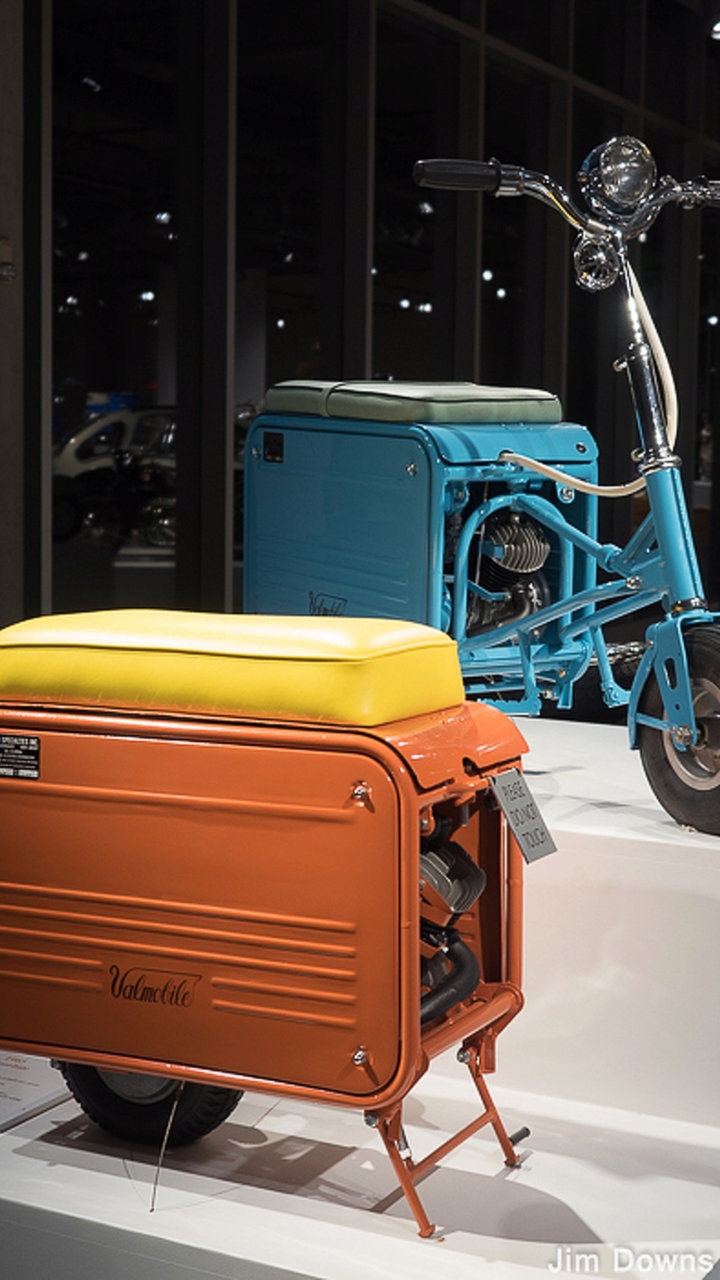 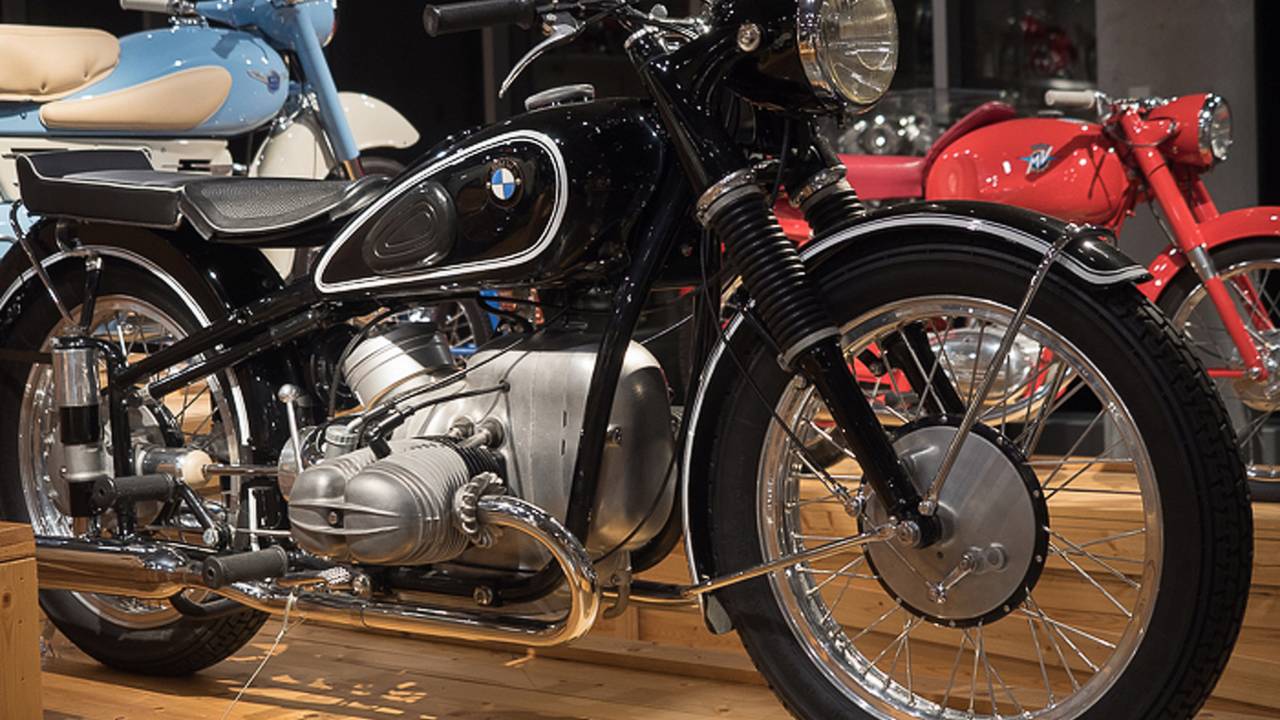 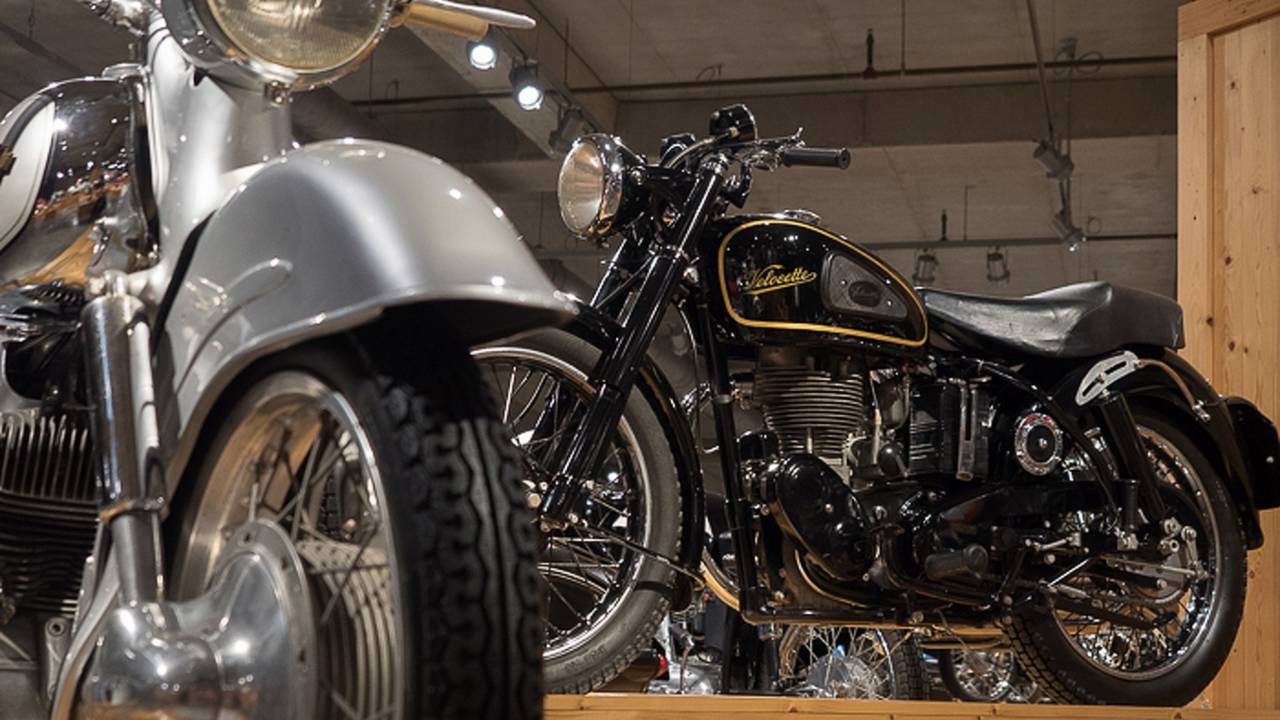 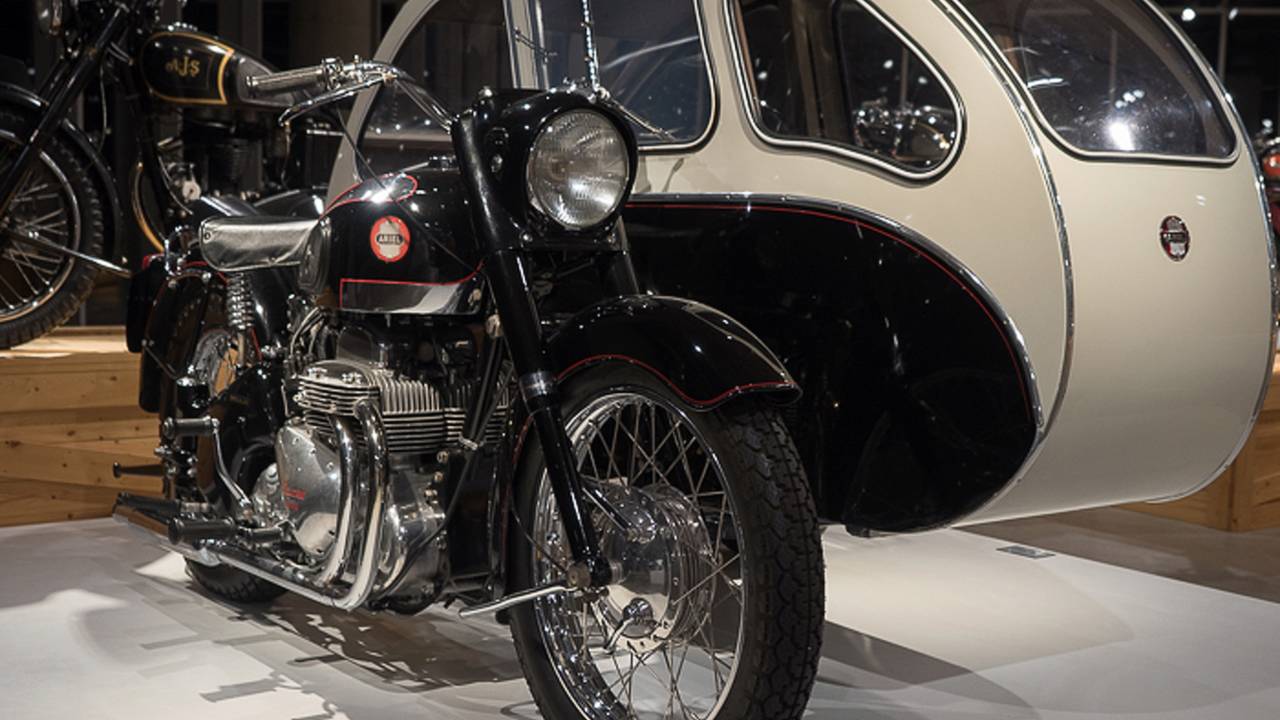 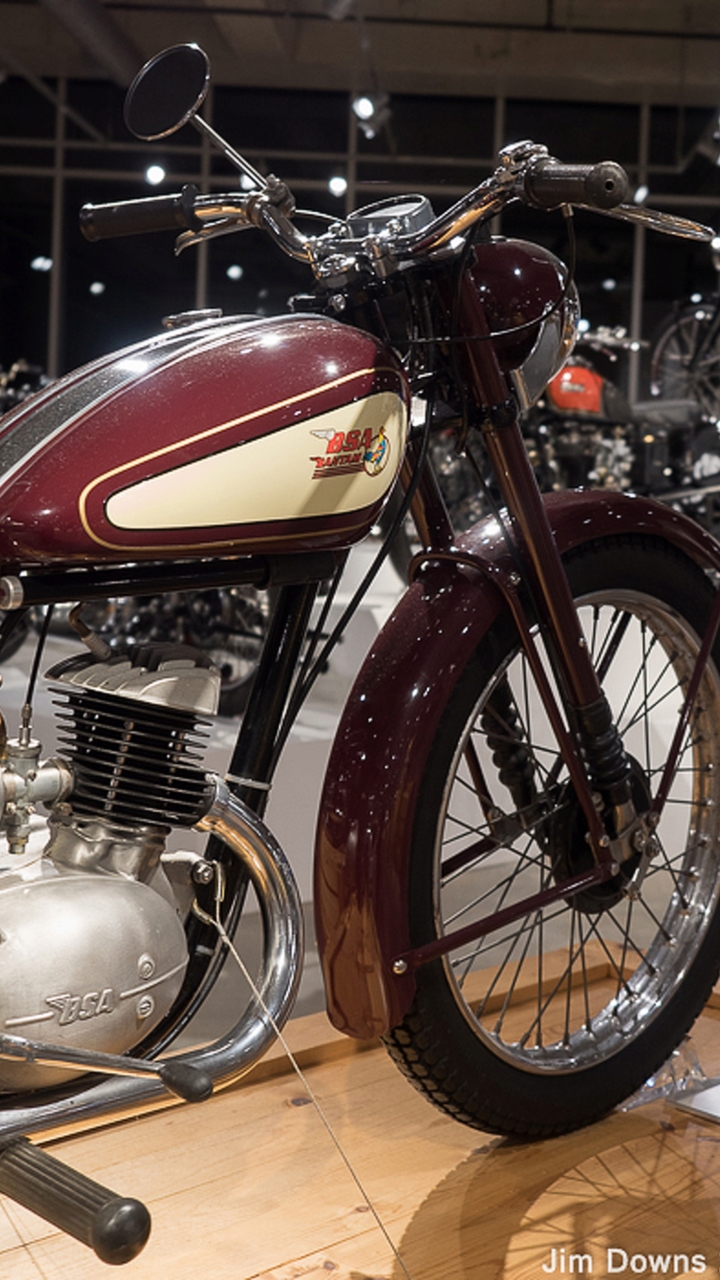 The BSA Bantam was a common sight on the roads of post-war England.

MUESUM!: You're In the Army Now - Motorcycles at War

Sidecar or canoe? Why not both? 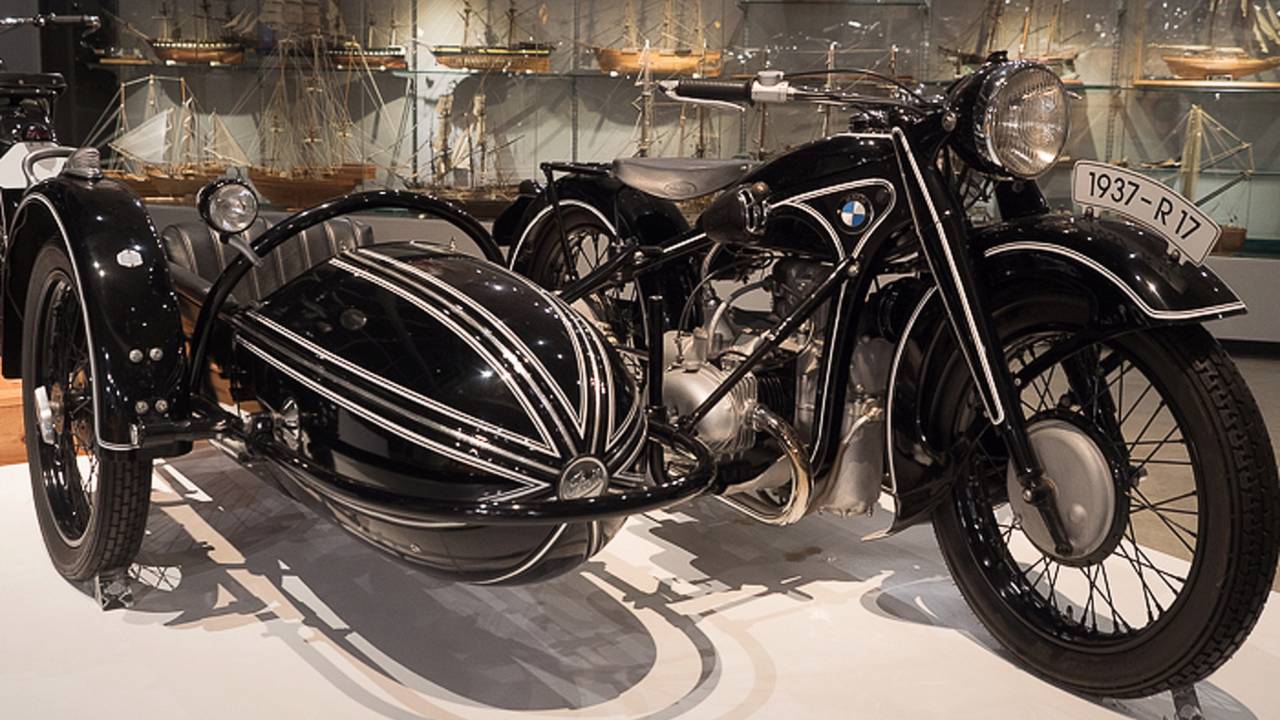 This amazing R17 sidecar rig looks like something out of Sky Captain. 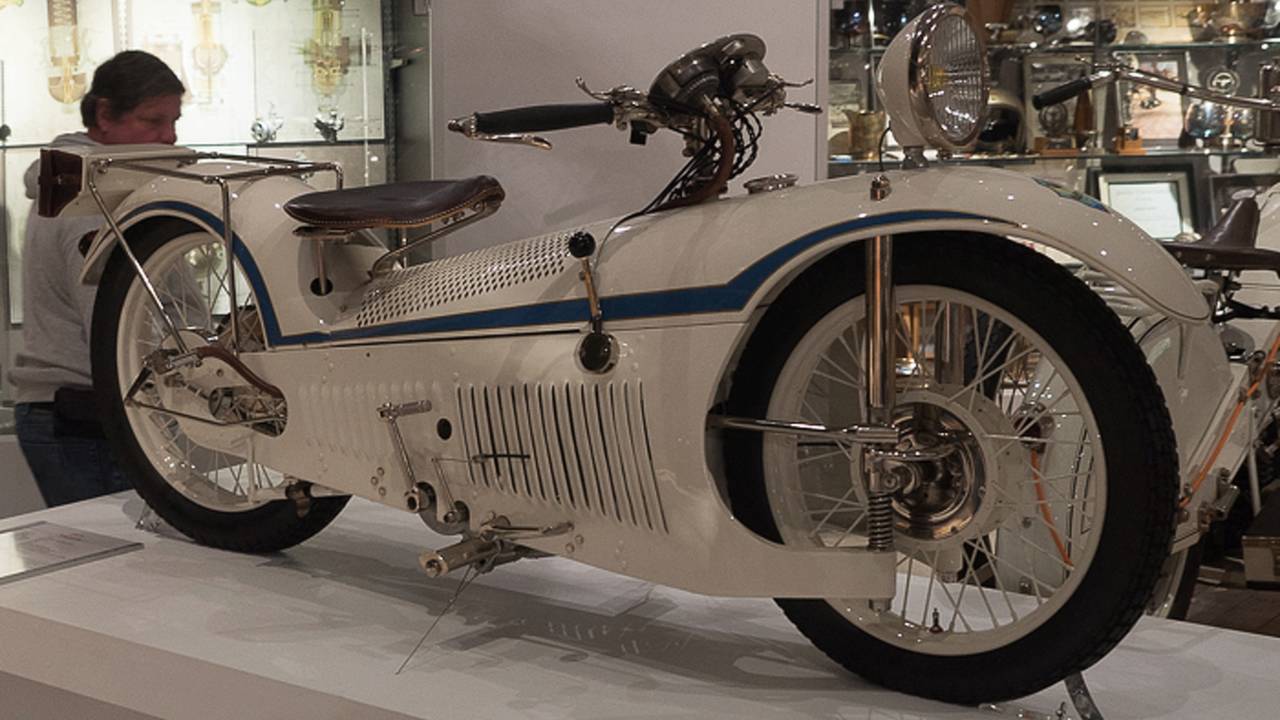 The fantastic Majestic is an Art Deco masterpiece.