The Car That Beat Hitler- The Delahaye 145 Lives 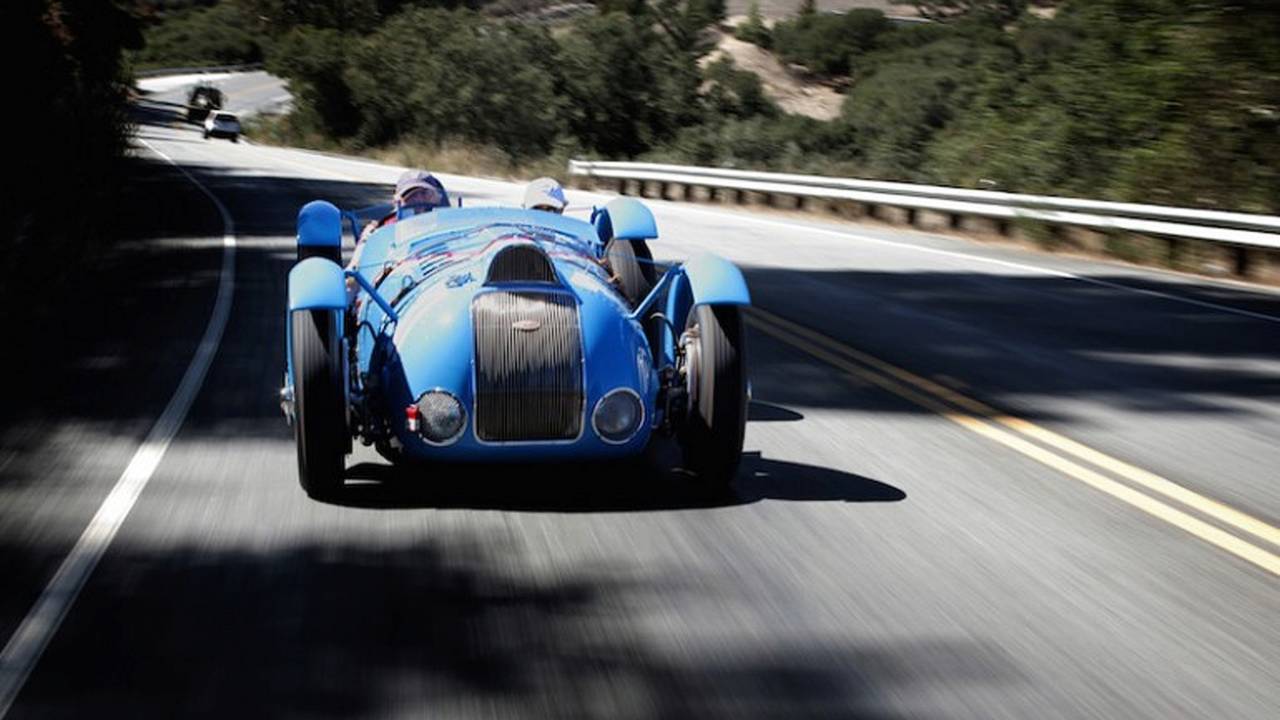 The Delahaye 145, the French race-car famous for toppling the Nazi-built favorite, can still hit the track with aplomb.

In the mid 1930s, racing wasn’t really what the population was broadly focused on. Nonetheless, racing events continued to take place and countries sustained their efforts to be at the top of the racing world. In an attempt to beat the previous speed record set by the Italians, the French government and the Automobile Club of France established the Million Franc Prize. The winner of the contest was to produce a vehicle that would surpass the 1934 speed record set by an Alfa Romeo at an average of 146.508 km over 16 laps.

Immediately after the announcement, a French automotive manufacturer, Delahaye, began its preparations to make the August 31st deadline. By June 1937, two cars had been prepared by Delahaye, and on the following month the new Delahaye 145s were born. The two 145s had hefty 4.5-liter V12 engines that promised nothing less than dominant power.

Both Delahaye 145s entered the Grand Prix de la Marne at Reims but only the one driven by Rene Dreyfus, the legendary Jewish Grand Prix driver, made the cut. The original 145 had cycle fenders that were later scrapped to reduce weight and ultimately improve its aerodynamics. The small grill was replaced by a bigger one and the hood scoop was also enlarged to reduce engine heat. After significant modifications to make it faster, the indicated 145 was ready to attempt the challenge it was purposely built for.

On August 26, Dreyfus and the Delahaye 145 beat the Italian record and momentarily claimed the prize, pending the Bugatti entry. On August 31st, Bugatti presented its car and attempted the run; unfortunately, it broke down and was therefore unable to compete. On the other hand, the 145 made a second attempt, despite having surpassed the speed record primarily, and this time it bettered its time and conquered the Million Franc prize.

Weeks later, the 145, with Dreyfus behind the the wheel, entered the European Grand Prix in Pau. Another prominent vehicle of the time, and also in that race, was Nazi Germany’s Mercedes-Benz, titled the Silver Arrow. The Silver Arrow was known to produce approximately 600 horses and was certainly the favorite to win the competition. To the surprise of the Germans, Hitler, and most of the racing world, the French Delahaye 145 was victorious.

This French victory over the Third Reich enraged Hitler and was deemed unacceptable. In fact, immediately after WWII’s outbreak, he gave the order to find the car and destroy it. After Hitler’s orders were publicized, a couple of Frenchmen dismantled the car and buried it on a hillside of Northern France. The car was discovered after the war and restored to its original condition. Fittingly, after its resurrection the Delahaye 145 returned to the track .

The Delahaye presented here was purchased by Peter Mullin in 1987. Aside from simply buying the car, Mullin located the original magnesium engine and restored the complete car. The car was last driven at this year’s Monterey Historics.

Watch the video below of the iconic Delahaye at the Laguna Seca track.