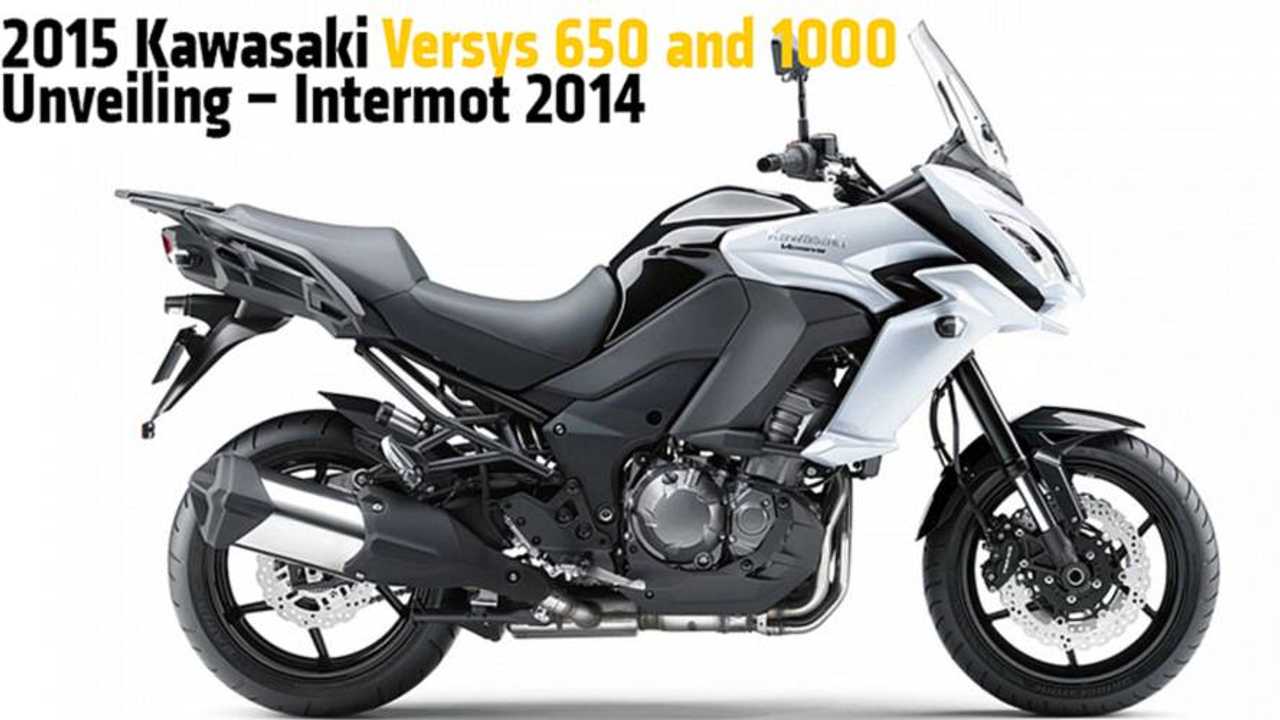 Kawasaki released revamped versions of both the Versys 1000 and 650 for next year. The breakdown is below. Tell us what you think, did they hit the mark or not?

For 2015 the Versys 1000 gets dual headlights, a new fairing for better wind protection, aerodynamics, and down force. Fitted with improved suspension and wheels it also now comes standard with Bridgestone T30 sport touring tires. A new screen compliments the fairing change with a wider range of adjustment.

The chassis has been reinforced to support extra luggage options and uses a newly designed luggage system that operates with a single key. A center stand is now standard.

The engine is relatively unchanged as is the ABS, KTRC traction control system, power modes and slipper clutch.

Engine performance has been retuned for higher RPM power and better fuel efficiency.

The 41mm suspension has separate functions for each fork tube allowing all the adjusters to be mounted on the top of the forks. New calipers, a revised master cylinder, new brake pads, and a larger rear brake disk improve the woah as much as the go.

Touring capabilities are also improved like the 1000 with increased payload, a larger 5.5 gallon fuel tank, hand adjustable wind screen, and a reinforced subframe allowing for a similar clean removal of hard bags like the larger 1000.