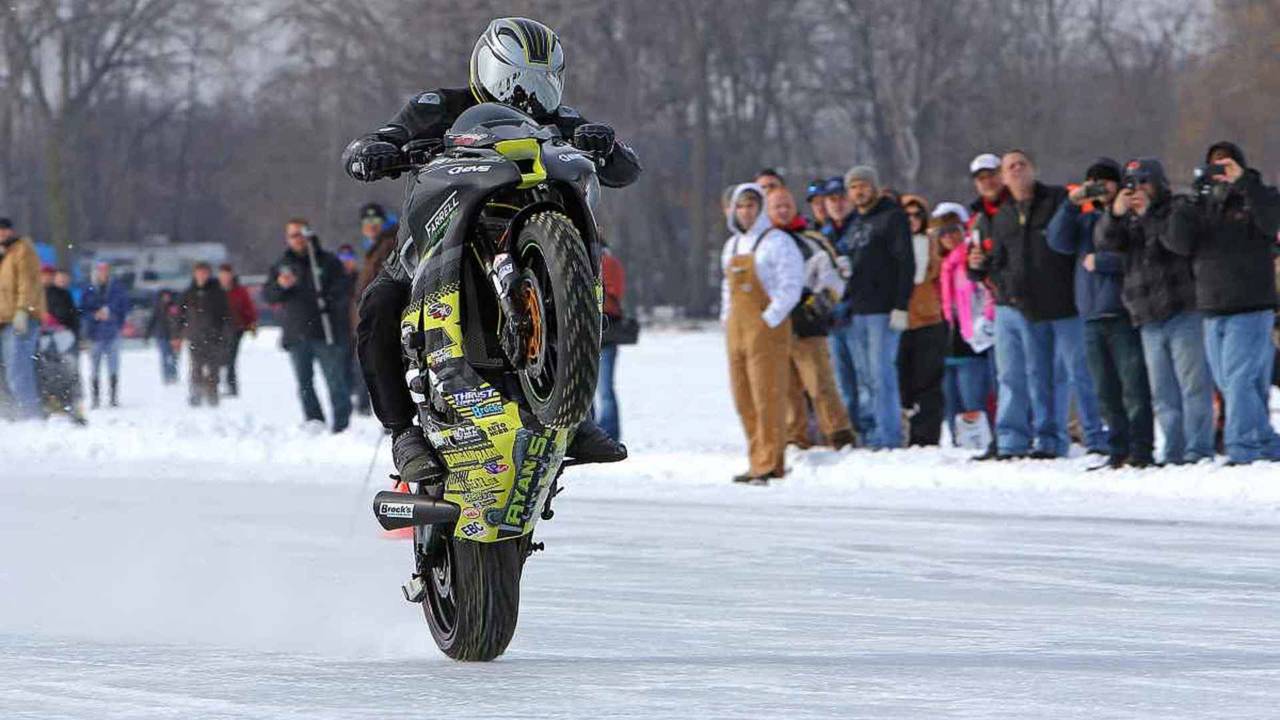 Watch Ryan Suchanek take a shot at the Guinness World record for fastest wheelie on ice at RideApart.

Wheelies are perhaps one of the most recognized and coolest antics associated with moto-badassery (we make up words here, get with it.) Onlookers drop their jaws at the sight of a bike doing an unbridled horse impersonation. Since the invention (origins unknown) of the one-wheeled hooliganism, riders strive to improvise and demonstrate what more can be done with a bike.

Now we have stoppies, wheelie donuts and so much more. Yet, the thrill and excitement of a well-executed wheelie remains intact even now. So, what's next for the stunt?

The wheelie on ice. And the bloke who's officially recognized as the brave heart who pulled off the fastest wheelie on ice. Ryan Suchanek is the name to remember if someone is trivia hungry when it comes to Guinness Book records. He shattered the previous record held by Swedish rider Robert Gull, clinching the record speed of 117 mph.

Suchenek isn’t new to breaking wheelie speed records on ice. In 2011, he rode a 2004 Kawasaki ZX-10R to 95 mph followed by another run in 2014 that got him to a higher figure of 109.5 mph. This was followed by Robert Gull’s record-breaking run and that brought Suchanek back to the ice track this month. With a 2013 Kawasaki ZX-10R tucked in between his legs, armed with more power, better suspension and lesser weight than his previous ride, Suchanek brought the record back to his wall. Enough talk, watch the footage for yourself.

According to Suchanek the conditions were favorable. “The ice needs to be smooth and hard, which it was. Also, ambient air temperature of 30 to 36 degrees is optimal, which it was throughout the day,” he added. Suchanek elaborated on how the speed is measured, “The average speed is measured over a distance of 100 meters, so the key is coming in as fast as possible. However, after 8,500 rpm, the bike has a hard time lifting the front end because the torque levels off. On the 117.5 mph run my exit speed was actually 122mph!”