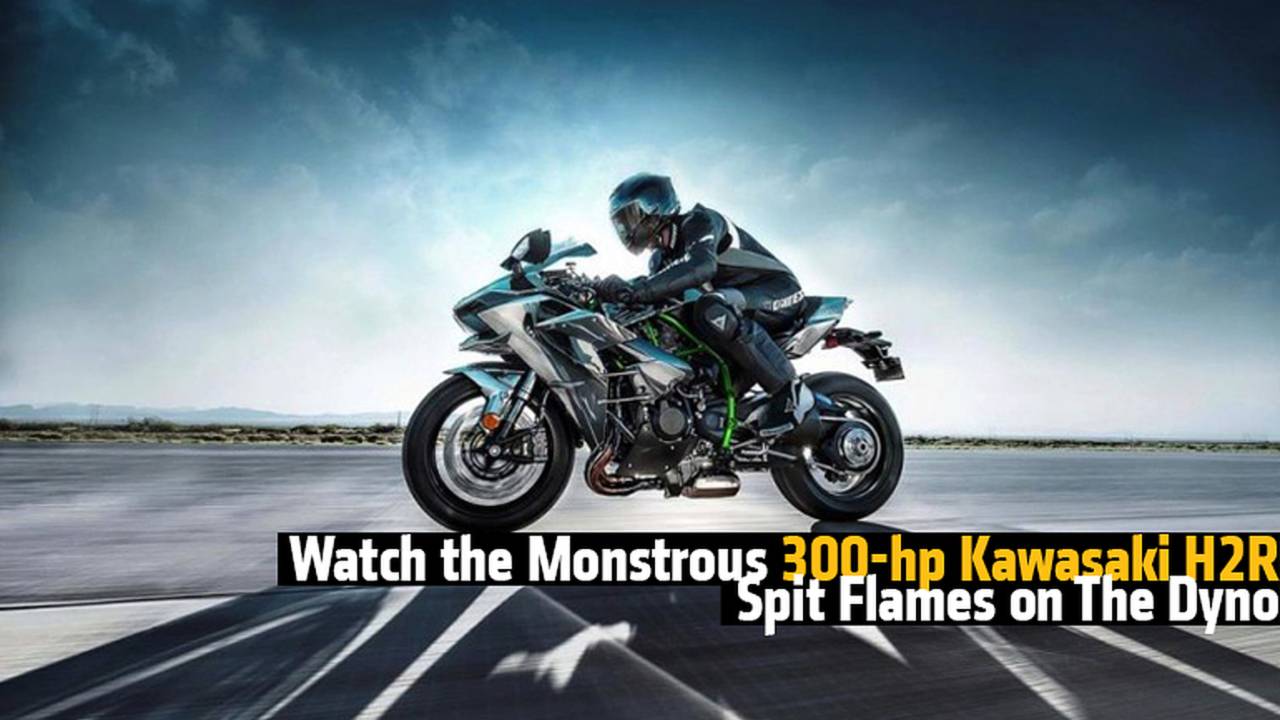 Kawasaki's mad geniuses put the wicked H2R on a rolling road dyno. You don't want to miss the aural heaven. Flames are involved. Watch the vid at RideApart.

When you think of something packing over 300 horsepower, it usually comes with four wheels, a door, and a three-point seatbelt. If you are the creative—and deranged—minds at Kawasaki, you put 300 horsepower between your trembling, pee-stained legs. Hence, we have the 2015 Kawasaki Ninja H2R.

The video highlights the sheer brutality that is residing under your crotch when your ride the new green monster. The exhaust note resembles that of a car dominating the straights and twisty corners at Le Mans. The bike looks wicked as flames and sparks crackle from the exhaust pipe. It's pure auditory deliciousness.

The Ninja H2R is the racing version of the H2, so sans are such things as mufflers, emissions and a stamp of governmental, road-ready approval. This bike is for closed-course racing and it packs the power to prove it.

Supercharged to insanity—thanks to the centrifugal blower—the H2R's engine is a modified version of the H2. The motor sits in a chassis of trellis construction while the bodywork was sculpted in the wind tunnel.

Even with all that power, stability and usability were also staples in the development of the H2R becoming an all-encompassing, well-rounded motorbike. Electro-gizmos such as KTRC traction control, KEBC engine braking control and KLCM launch control are standard—all of which ride on 17-inch wheels wrapped in racing slicks.

READ MORE: THE 10 SEXIEST MOTORCYCLES OF THE DECADE

If you have a few minutes, find those good headphones, close the office door, get some tissues ready and turn up the volume. Think of it as an early Valentine's Day gift to yourself you'd be ashamed of if your significant other found out about.

Photos Courtesy Of Kawasaki and MoreBikes.co.uk